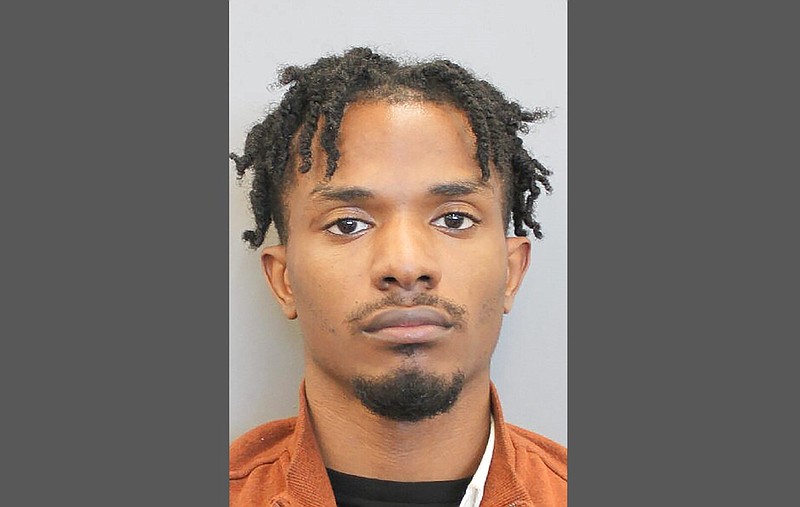 HOUSTON — While a fatal robbery and the case of a 3-year-old boy who accidentally shot himself wouldn’t appear to be connected, authorities said Thursday the same gun was used in both, leading police to arrest the boy’s father for the robbery.

Nicholas Thomas has been charged with capital murder in the fatal shooting of 37-year-old Miguel Vasquez, who was killed in front of his daughter as the two walked out of a Dave & Buster’s restaurant on Easter Sunday, four days before Thomas’ son shot himself. The boy survived.

Vasquez and his 10-year-old daughter were walking to their vehicle on April 4 when, police said, Thomas put Vasquez in a chokehold and demanded his jewelry before shooting him, according to court documents. Vasquez and his daughter managed to flee and find an off-duty officer who was working security. Vasquez was taken to a hospital, where he died. His daughter was not injured. Thomas did not take any of Vasquez’s jewelry during the robbery, police said.

During their investigation, police found a 9 mm cartridge casing near Vasquez’s vehicle.

Investigators were able to match the bullet casing to the gun used by Thomas’ 3-year-old son on April 8, according to court documents.

Thomas, 23, had left the gun on a bathroom sink after coming home from work early in the morning and was changing his clothes in another room when his son found the weapon.

Thomas was charged with endangering a child and had been free on a $1,000 bond when he was arrested on Wednesday in the fatal robbery. He made his initial court appearance Thursday morning.

Thomas remained jailed in lieu of a $150,000 bond on the capital murder charge.

Police said investigators also connected Thomas to a vehicle that was seen on surveillance footage fleeing Vasquez’s shooting. Thomas matched a description given by Vasquez’s daughter and records placed his cellphone near the shooting.