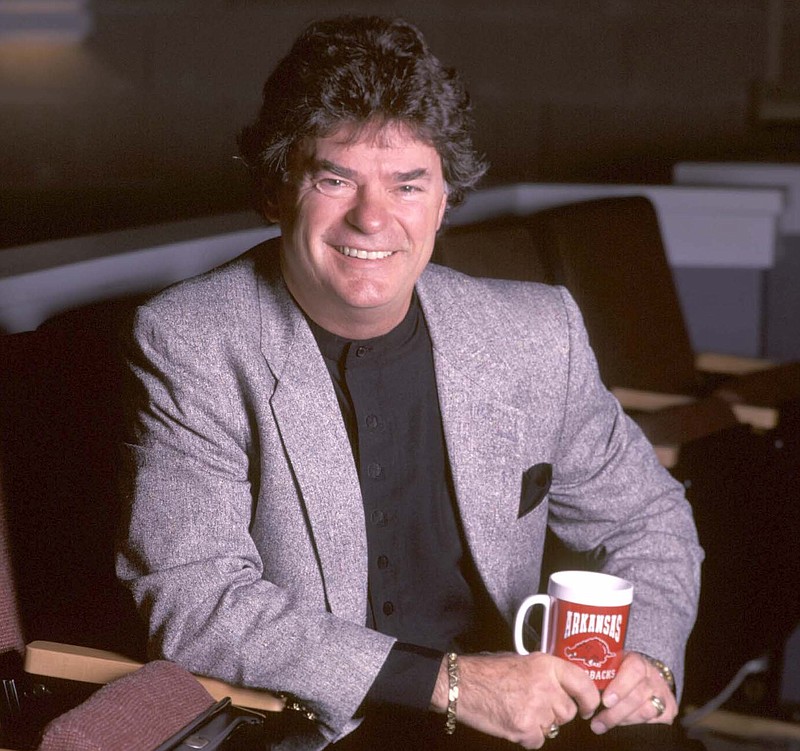 Frank Bonner, an actor and television director from Little Rock who showed off his Arkansas roots with a Razorback mug that sat on his desk at a struggling Cincinnati radio station on the TV sitcom “WKRP in Cincinnati,” died Wednesday. He was 79.

Born Frank Woodrow Boers Jr., Bonner’s defining role was that of polyester-plaid-wearing ad salesman Herb Tarlek on the show, which ran on CBS from 1978-82.

Bonner's wife Gayle told The Hollywood Reporter — a digital and print magazine that focuses on the film, television, and entertainment industries — that Bonner died at his home in Laguna Niguel, Calif., of complications from Lewy body dementia.

Bonner appeared in 88 of 90 episodes of “WKRP” over four seasons. He also directed six episodes. He reprised his role in a 1990s spinoff, “The New WKRP in Cincinnati,” and acted and directed in “Saved By the Bell: The New Class” in 1994.

Bonner was born Feb. 28, 1942, in Little Rock, and his family subsequently moved to Malvern. In a 1996 interview for the Arkansas Democrat-Gazette’s High Profile section, Bonner said he decided at age 9 he wanted to be an actor and, a decade later, used the Navy as a one-way ticket to the West Coast.

But he is best remembered for “WKRP in Cincinnati,” which aired from 1978-1982 and was set in a lagging Ohio radio station trying to reinvent itself with rock. The cast included Gary Sandy, Tim Reid, Howard Hesseman and Jan Smithers.

Loni Anderson, who played the station’s receptionist Jennifer, said she was “heartbroken” over his death.

“Frank Bonner was like family,” Anderson said in a statement. “He was one of the funniest men I had the pleasure of working with and he was the nicest man I have ever known.”

Bonner’s daughter, Desiree Boers-Kort, told The Associated Press that her father valued his time on the sitcom in part because it led him toward the career he favored over acting — directing.

“He did prefer the behind-the-camera [work], and he thoroughly enjoyed helping people get to where he needed them to be for the scenes,” Boers-Kort said Thursday. “He was very humble and down-to-earth, and just a nice, kind human.”

He got a kick out of Herb’s ill-advised wardrobe and kept some of the belts when the show ended, his daughter said. He was fond of them because he knew the character’s style was “one of the things that people loved about him.”

Bonner, whose previous marriages ended in divorce, is survived by his wife, Gayle, and four children. A fifth child preceded him in death, Boers-Kort said.