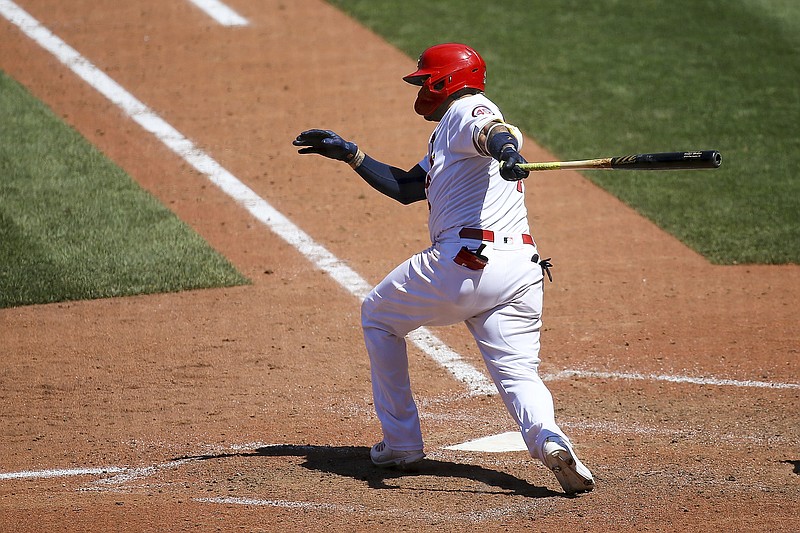 St. Louis Cardinals' Yadier Molina follows through on the game winning RBI single during the ninth inning of a baseball game against the Miami Marlins Wednesday, June 16, 2021, in St. Louis. (AP Photo/Scott Kane)

ST. LOUIS -- Yadier Molina grounded an RBI single down the third-base line in the ninth inning and the St. Louis Cardinals edged the Miami Marlins 1-0 Wednesday to sweep the season series.

Molina's eighth career regular-season walk-off hit came with one out and sent Miami to its fourth consecutive loss.

"I'm ready for any spot but, I mean, you got to turn [up] your level in those kinds of spots, your concentration has to be there," Molina said.

Paul Goldschmidt reached on an error by shortstop Jazz Chisholm Jr. to start the ninth. After Matt Carpenter walked with one out, Molina singled off Marlins starter Sandy Alcantara (4-6).

"I'm throwing my best pitch, trying to get a ground ball to make a quick double play over there, but he made an adjustment," Alcantara said.

The Cardinals went 6-0 against Miami this year for their first season sweep over the Marlins. St. Louis won all three games at Busch Stadium in its final at-bat -- Goldschmidt's solo home run in the ninth produced a 2-1 victory Tuesday night.

"Stay together, stay with it, keep fighting, but also just lock in what you're doing," Cardinals Manager Mike Shildt said. "Just have a good at bat. Make a quality pitch, make a good play. Stay present. Be aware of the situation. Just keep playing the game that's in front of you at that moment."

Ryan Helsley (4-4) and Andrew Miller combined for two scoreless innings of relief. Tyler O'Neill extended his on-base streak to a career-best 22 games with an infield hit in the Cardinals fourth.

Cardinals starter Johan Oviedo is still seeking his first major league win despite pitching a career-high seven scoreless innings. The right-hander allowed six hits, struck out four, walked none and 63 of his 87 pitches were strikes.

"Just keep my mind on one pitch, that's the key for me," Oviedo said.

Alcantara pitched a team season-high 8 1/3 innings. He gave up 6 hits, struck out 7 with 1 walk, and the one run he allowed was unearned.

REDS 2, BREWERS 1 Tyler Mahle tied his career high with 12 strikeouts, Tucker Barnhart drove in the go-ahead run with a double in the seventh inning, and Cincinnati beat Milwaukee to finish a three-game sweep. Mahle (7-2) allowed three hits and a pair of walks over six innings.

NATIONALS 3, PIRATES 1 Paolo Espino got his first major league win at age 34, Josh Bell hit a two-run home run against his former team and Washington beat Pittsburgh for a three-game sweep. Espino (1-2) allowed three hits in five scoreless innings. He struck out two and walked none.

METS 6, CUBS 3 Jacob deGrom was pulled from a second consecutive start with an arm injury, this time leaving after three perfect innings with right shoulder soreness, but New York's bullpen stepped up to finish a three-hitter in a victory over Chicago.

ATHLETICS 8, ANGELS 4 Ramon Laureano hit a home run and made a home run-robbing catch in his return from the injured list, and Oakland rallied past Los Angeles for its sixth consecutive victory. Shohei Ohtani homered for the second consecutive day, giving him 19 for the Angels.

WHITE SOX 8, RAYS 7 (10) Yasmani Grandal hit a game-ending RBI single in the 10th inning and Chicago took two of three from Tampa Bay in a matchup of division leaders. Jose Abreu hit his 12th home run of the season for the White Sox

TIGERS 6, ROYALS 5 Willi Castro homered during a three-run rally in the seventh inning and Detroit beat Kansas City for a three-game sweep. Tarik Skubal (4-7) allowed 3 runs on 6 hits in 6 innings, striking out 7.

INDIANS 8, ORIOLES 7 Aaron Civale became the first pitcher with 10 wins this season and Jose Ramirez homered and drove in three runs as Cleveland beat Baltimore, extending the Orioles' road losing streak to 18 games. Cesar Hernandez had a two-run triple and Ramirez had two hits and scored twice for the Indians.

ASTROS 8, RANGERS 4 Jose Altuve homered twice and made major league history by hitting a leadoff home run one game after belting a walk-off grand slam to lead Houston over Texas. Altuve became the first player to hit a leadoff home run in the game after hitting a walk-off grand slam, according to STATS. Altuve connected again with a shot to the train tracks atop left field with two outs in the eighth inning to give him his fifth career multi-homer game.

RED SOX 10, BRAVES 8 Christian Arroyo's pinch-hit grand slam in the seventh inning -- his fourth home run of the season -- gave Boston a victory over Atlanta for the second consecutive game by the same score. 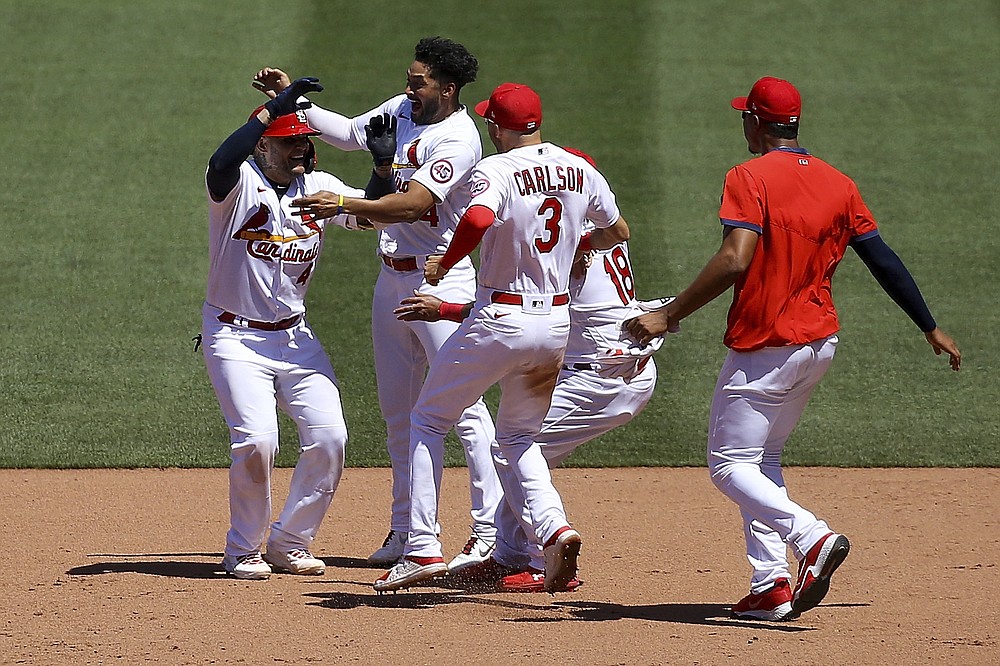 St. Louis Cardinals' Yadier Molina, left, is congratulated by teammates after hitting a walk-off RBI single during the ninth inning of a baseball game against the Miami Marlins Wednesday, June 16, 2021, in St. Louis. (AP Photo/Scott Kane) 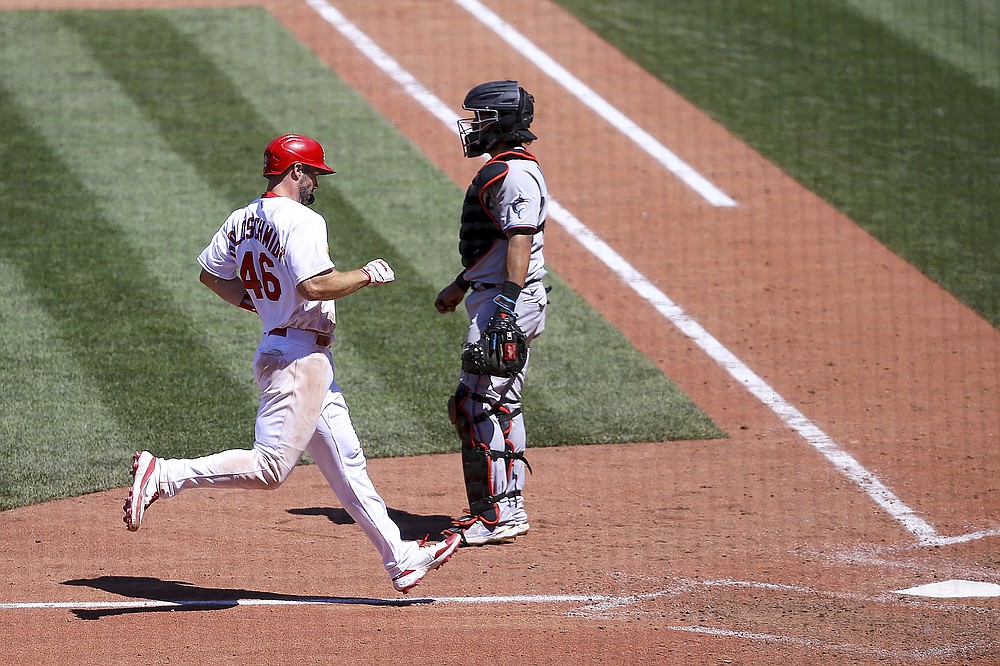 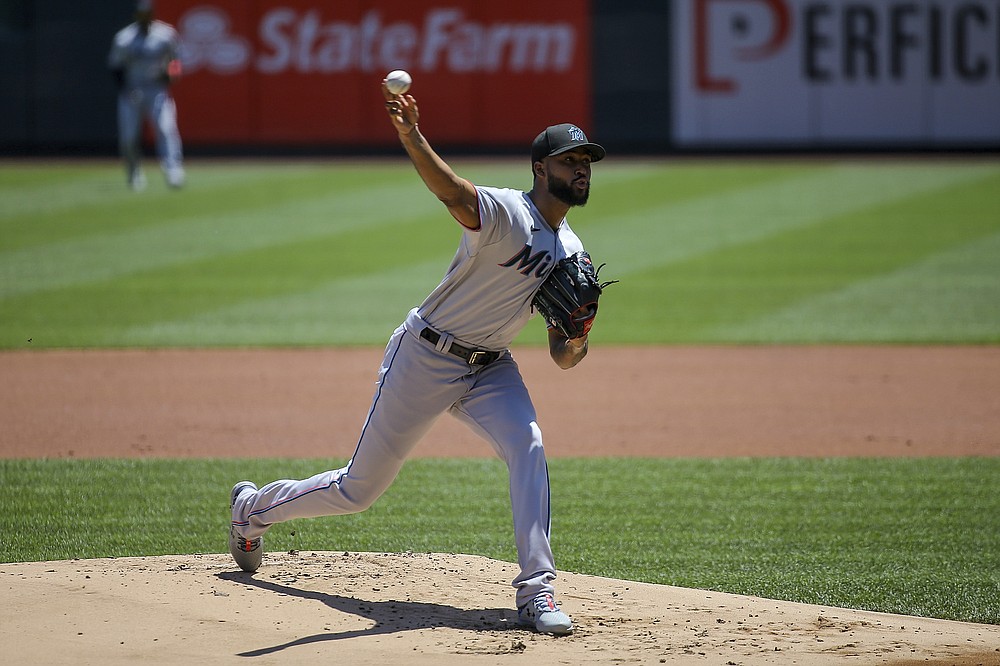 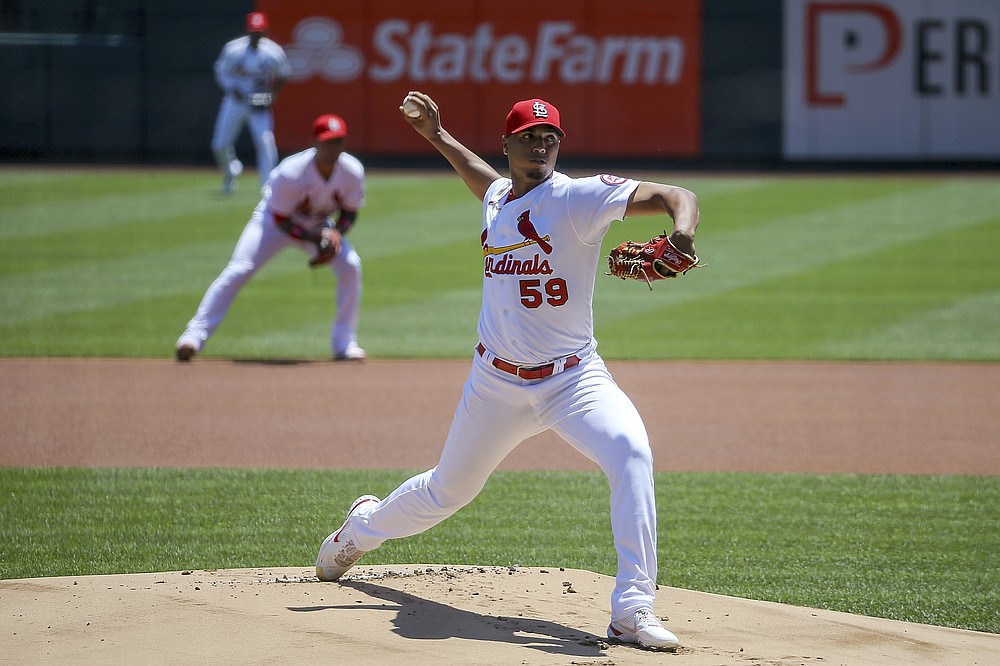