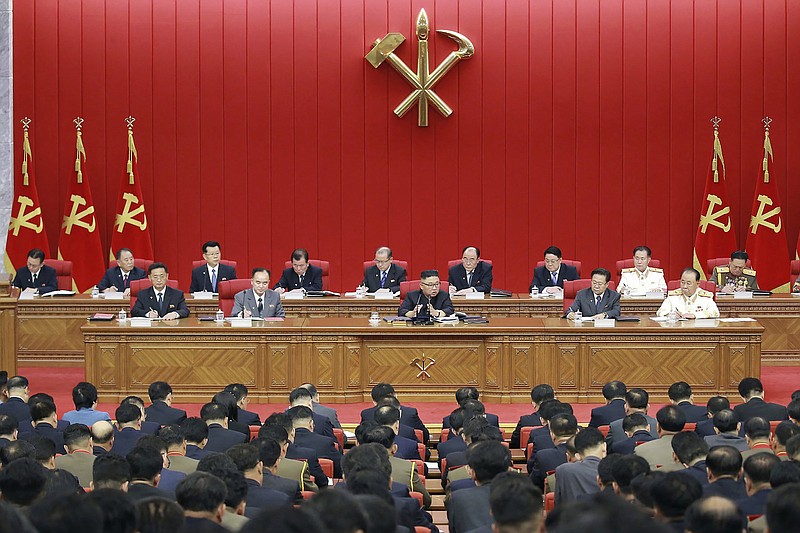 Opening a plenary meeting of the ruling Workers' Party's central committee, Kim said the economy had improved this year, with industrial production up 25% from a year earlier, and he generally struck a more upbeat tone than in February, when he had admitted the country's economic plan had "failed tremendously."

Nevertheless, Kim's admission about food shortages speaks of a problem that can't be glossed over.

Last year, North Korea faced its worst slump in more than two decades, experts say, largely because of the self-imposed closure of the border with China, a measure designed to keep the coronavirus pandemic at bay. There were reports of acute power cuts and factory closures, with coal and fertilizer production hit by electricity shortages and lack of spare parts.

In April, Kim had warned Workers' Party members to embark on an "Arduous March" to solve mounting economic problems, using a phrase that harked back to the famine in the 1990s that killed hundreds of thousands of people.

Experts are not expecting widespread famine this year. They say food shortages are not going to fatally undermine the regime, or force Kim to the negotiating table with the United States. But they do spell real hardship for millions of people.

[Video not showing up above? Click here to watch » https://www.youtube.com/watch?v=4BdHo5NukN0]

Kim put the blame on nature rather than an inefficient farming sector and the border closure, as the plenum agreed to direct "all efforts to farming this year."

"The people's food situation is now getting tense as the agricultural sector failed to fulfill its grain production plan due to the damage by typhoon last year," Kim said,

Earlier this month, the Korea Development Institute, a think tank in Seoul, estimated that grain production had fallen by 5.5% last year, leaving a shortage of about 1.5 million tons. It blamed typhoons and flooding as well as a shortage of farming materials caused by the border closure, according to the Yonhap news agency.

Normally North Korea would aim to meet the shortfall through a combination of food aid and commercial imports. But trade with China remains very slow, and the last two international staff members for the United Nations' World Food Program left Pyongyang in March, as part of an exodus of foreigners caused by the strict lockdowns there.

Although the World Food Program has kept its office open with local staff members, a lack of foreign supervision could undermine donors' enthusiasm to supply significant food aid.

He talked of "drastic economic hardship" and cited reports of an increase in homeless people in large cities and skyrocketing medicine prices.

"An increasing number of families eat only twice a day, or eat only corn, and some are starving," he said in a statement.

On Tuesday, Daily NK, an independent news organization in Seoul, reported that North Korea appeared to be running into serious difficulties with its corn harvest this year, with a lack of fertilizer, agricultural chemicals, farm materials, personnel and work cows causing fields to be overrun with weeds.

Last month, Radio Free Asia reported that some farmers in one region of North Korea had been asked to donate two quarts of their urine every day to help produce fertilizer.

Also on Tuesday, NK News, another Seoul news organization, reported the price of some imports had spiked in Pyongyang, with some shampoos selling for $200 and about 2.2. pounds of bananas for $45.

Michael Madden, a nonresident fellow at the Stimson Center, also cited several reports of gold being smuggled across the border into China, with anyone caught facing severe penalties including being shot to death.