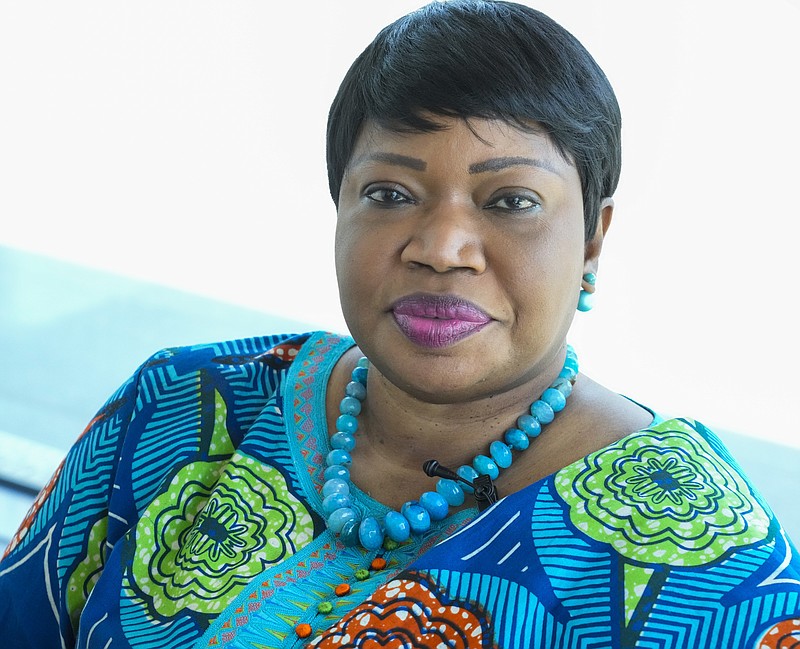 International Criminal Court Prosecutor Fatou Bensouda speaks during an interview with The Associated Press in The Hague, Netherlands, Monday, June 14, 2021. Bensouda discussed her nine years in office leading investigations and prosecutions by the global court as her tenure comes to an end June 15, 2021. (AP Photo/Peter Dejong)

THE HAGUE, Netherlands -- British lawyer Karim Khan was sworn in Wednesday as the new chief prosecutor for the International Criminal Court, pledging to reach out to nations that are not members in his quest to end impunity for atrocities and to try to hold trials in countries where crimes are committed.

Khan, a 51-year-old English lawyer, experience in international courts as a prosecutor, investigator and defense attorney. He takes over from Fatou Bensouda of Gambia, whose nine-year term ended Tuesday.

"The Hague itself should be a city of last resort," Khan said. "Wherever possible, we should be trying to have trials in the country or in the region."

Khan said he wanted to work with countries that are not among the court's 123 member states to achieve justice. World powers the United States, Russia and China are not members and do not recognize the court's jurisdiction.

"My conviction is that we can find common ground in the quest and in the imperative to ensure we eradicate genocide, crimes against humanity and war crimes," Khan said.

Khan begins his nine-year term as the court's prosecution office is struggling to keep up with demands for investigations.

He said he wants to reform the office and immediately address what he called a "gender and geographical imbalance" among its staff. He also said prosecutors, who have lost several high-profile cases in recent years, have to improve their performances in court.

The Meteorology, Climatology and Geophysics Agency said there was no threat of a large tsunami, although the sea level rose about 1.5 feet, probably because of an underwater avalanche.

The chief of the Maluku disaster agency, Henri Far Far, said villagers along the coast in Tehoru subdistrict panicked because of the earthquake and were told to move to higher ground. He said the walls and floors of some buildings cracked.

The U.S. Geological Survey said the earthquake was centered about 6 miles under the sea 43 miles from Amahai city on Seram island in Maluku province. Shallow earthquakes tend to cause more damage.

Indonesia, a vast archipelago of 260 million people, is frequently struck by earthquakes and volcanic eruptions because it sits on the "Ring of Fire," an arc of volcanoes and fault lines in the Pacific Basin.

MOSCOW -- Ukrainian police say they have uncovered a ring of computer hackers responsible for cyberattacks that targeted universities in the United States and companies in South Korea, causing half a billion dollars in damage.

A police statement said Wednesday that the hackers attacked four South Korean companies in 2019 with an encryption virus that blocked internal servers and employees' computers.

It said the affected companies paid a ransom to decrypt the information, but did not name the companies or state the amount paid.

The police statement said suspects' homes were raided and equipment and about $185,000 in cash were seized. It did not specify whether anyone was detained.

KUALA LUMPUR, Malaysia -- Malaysia's king said Wednesday that Parliament, which has been suspended under a coronavirus emergency since January, must resume as soon as possible, but stopped short of saying the emergency should end.

The monarch's comments contrasted with those of Prime Minister Muhyiddin Yassin, who said a day earlier that Parliament can reopen only if new coronavirus infections fall below 2,000 per day and 40% of the population is fully vaccinated. He predicted that could be in September or October.

King Sultan Abdullah Sultan Ahmad Shah said he believes Parliament "needs to resume as soon as possible" after consulting with various political leaders, an independent committee advising him on the emergency and various experts.

He said in a statement issued by the palace that lawmakers should be able to discuss the government's spending allocations to help citizens in distress and efforts to bolster economic recovery.

Sultan Abdullah approved Muhyiddin's emergency plan in early January. The plan was slammed by critics as a political ruse to help the embattled prime minister stay in power amid challenges to his leadership.

The emergency, which is to end Aug. 1, suspends Parliament but includes no other measures. Muhyiddin's government remains in control and has powers to introduce laws without parliamentary approval. 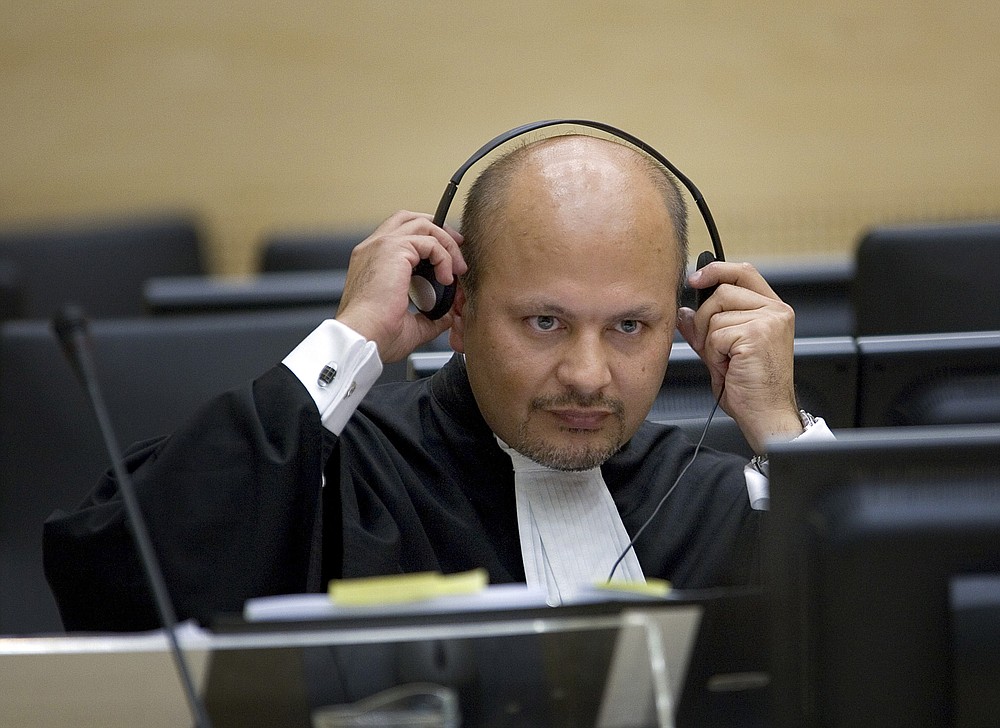 FILE - In this Monday, June 4, 2007 file photo, lawyer Karim Khan adjust his headphones in the courtroom of the Special Court for Sierra Leone in The Hague, the Netherlands. Khan is being sworn in Wednesday, June 16, 2021 as the new chief prosecutor of the International Criminal Court, taking leadership of a busy and financially stretched team that is probing alleged atrocities around the globe. Khan, a 51-year-old English lawyer, has years of experience in international lawyer as a prosecutor, investigator and defense attorney. He takes over from Fatou Bensouda of Gambia, whose nine-year term ended Tuesday. (AP Photo/Robert Vos, Pool, File)