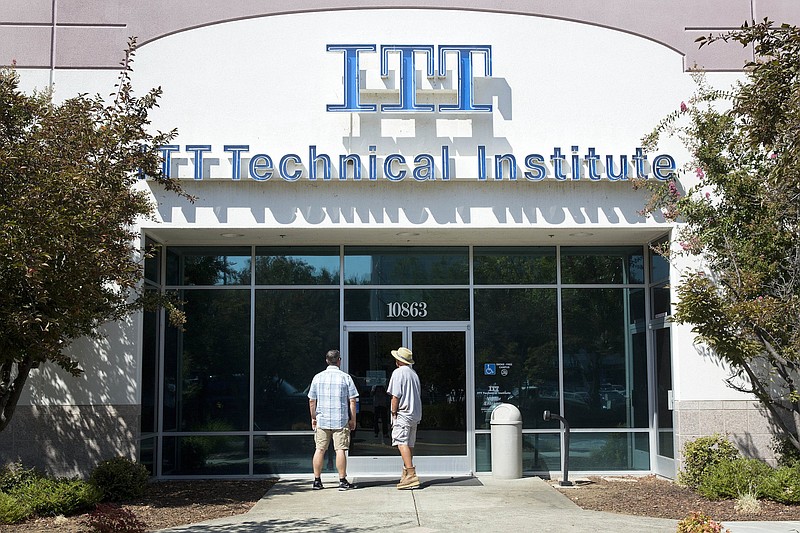 Education Secretary Miguel Cardona said Wednesday that 18,000 former ITT Technical Institute students defrauded by the defunct for-profit chain will have their federal loans fully canceled, a move that some advocacy groups say chips away too slowly at an urgent problem.

This is the first significant step the Education Department has taken to address debt relief claims filed by ITT Tech students since the school shut down in 2016. Some 34,000 former students have petitioned the department to cancel their debt under a statute known as "borrower defense to repayment," but were rebuffed by the Trump administration.

"Our action today will give thousands of borrowers a fresh start and the relief they deserve after ITT repeatedly lied to them," Cardona said in a statement. "Many of these borrowers have waited a long time for relief, and we need to work swiftly to render decisions for those whose claims are still pending."

Eligible borrowers will be notified in the coming weeks. The approvals amount to $500 million in debt relief, according to the department. They cover two categories of claims submitted by former ITT Tech students: their ability to transfer credits and likely employment prospects.

State and federal authorities, including the Consumer Financial Protection Bureau and the Iowa attorney general office, found from January 2007 through October 2014 that ITT Tech routinely misled students about the ability to transfer their credits to other schools. They also discovered the for-profit chain lied to students about employment and earnings prospects after graduation between 2005 and 2016.

The Education Department said that evidence, along with findings from advocacy group Veterans Education Success, serves as the basis for the approvals.

"So many veterans came to us about how ITT Tech cheated them," said Carrie Wofford, president of Veterans Education Success. "Their courage -- and that of several key whistleblowers -- enabled us to provide the Education Department the evidence it needed to deliver long-awaited justice to these brave students."

Before leaving office, President Barack Obama's administration had created a plan to grant ITT Tech students in California relief based on the school's violation of state law. The department said that it is expanding the findings underlying that plan to cover ITT borrowers regardless of which campus they attended.

The California memo was supposed to be the foundation for broader cancellation but was shelved by the Trump administration. Former Education Secretary Betsy DeVos initially refused to approve or deny applications for debt relief.

Claims piled up before DeVos decided to grant partial debt relief, a controversial policy that Cardona scrapped in March. Cardona returned to an Obama-era policy that offered approved applicants full debt cancellation. About 72,000 applicants benefited, but tens of thousands of others still are awaiting a decision.

Advocacy groups say the Biden administration is chipping away at a problem that requires more decisive action.

"We need more from the Department of Education on borrower defense and we need it fast," said Eileen Connor, the legal director of the Project on Predatory Student Lending, which has represented ITT Tech students in a lawsuit against the school.

"Come September, it will be five years since ITT filed for bankruptcy, and that is also when student loan collection is slated to restart," she said. "We cannot ask these borrowers to wait another day or pay another dollar toward loans that never should have been made in the first place."

Policy experts say there are faster ways for the Biden administration to clear out the backlog of claims.

One option suggested by the nonprofit National Student Legal Defense Network is to expand the period of eligibility for former ITT Tech students to have their debts canceled through the department's closed-school discharge program.