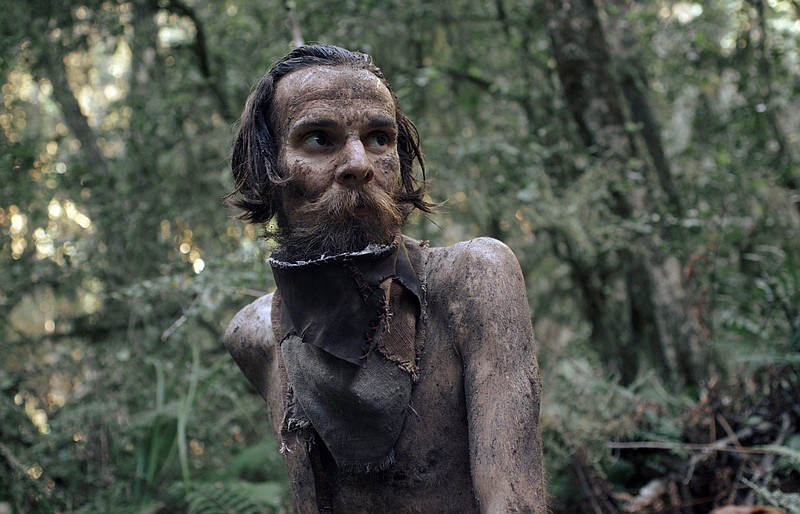 Barend (Carel Nel) is a charismatic zealot living off the grid in a South African jungle in the eco-horror film “Gaia.”

We are given a god's -- or drone's -- view of a primordial forest canopy cut by a river. The drone descends and follows the river until a canoe drifts in sight, and we realize the angle is reversed; the sky is below us and the water above.

It's a variation on a shot we've seen before, one that has almost become a horror trope, but it's beautifully executed and effective. In a minute or so, the film has established the ultimate insignificance of its human characters, reminding us of the limits of our apprehension and intimating the end of the Anthropocene. This is literally a green film.

There are two people in the boat, apparently park rangers of a sort. The leader and drone pilot is Gabi (Monique Rockman) and her partner is Winston (Anthony Oseyemi). They are out on a routine survey mission to set up trail cameras and explore the forest.

Gabi pushes her drone into the forest, monitoring its camera via a small screen on her controller. It whizzes deep into the bush where it hovers briefly in front of a mud-streaked young man (Alex Van Dyk). Then Gabi's screen pixelates and blacks out, indicating her drone has been destroyed.

She means to investigate, while Winston cheerfully reminds her she's acting like the "whities" in horror movies who always feel compelled to investigate trouble. It's a nice meta moment, lightly played. We understand that Gabi must go into the forest to track toward the dark heart of whatever is out there. But she says she just wants to collect their trash, to leave no trace of their intrusion into the pristine nature.

She goes and gets lost, wandering into a booby trap that shanks a spear through her foot. Her screams reverberate through the forest. Winston hears them, but he is at the same time lost in a swamp where luminous spores float through the air. They are beautiful, intoxicating ...

Meanwhile, Gabi hobbles on to a hut in the woods where the young man her drone surveilled, whose name is revealed to be Stefan, lives with his father Barend (Carel Nel).

While they bandage Gabi, they are not exactly her rescuers. Barend is a kind of spiritual Luddite who rails against the modern world and its technology. We never learn exactly how long Barend and Stefan have been subsisting in the forest (though Stefan has no memory of the outside world), but they know a thing or two about trees, and believe in a god that lingers in the roots beneath their feet that means to reclaim the world from the human pestilence that has brought it to ruin.

"Mother of Creation and Destruction ... you are the earth and we are your children!" Barend preaches, along with the belief that these mushroom spores can turn you into a kind of fungus. Gabi doesn't know what she fears more: the unhinged misanthropic Barend or the monsters in the jungle. But she's mesmerized by Stefan, who, having never known a human female, returns her fascination.

Despite the visual brilliance of the film, none of the ideas teased at in Tertius Kapp's script really pays off. Gabi never feels like a character who can make her own decisions; she simply moves around the board like the typical dumb horror movie character Winston -- the film's only Black character -- called her out as in the beginning.

As we get deeper and deeper into a film that relies more and more on admittedly well-executed special effects and cryptic repetitive dream sequences, that line feels more and more like the filmmakers' attempt to deflect anticipated criticism.

They are right: "Gaia" is essentially a dumb horror movie dressed up as an ecological parable, with a lot of biblical allusion ladled on. Barend's relationship with Stefan echoes that of Abraham to Isaac, and if you squint you can see the contours of Adam and Eve and their provisional Eden in Stefan and Gabi's relationship.

That said, there are some scares here, and while Kapp's script can't live up to his ambition, at least "Gaia" has ambitions. While Winston meets the typical fate reserved for second-line horror movie characters, I found myself wondering if the filmmakers weren't using that cliche playfully, if the whole idea of the overtly superfluous Winston character wasn't an inside joke. (If it was, I didn't get it.)

To the presumed audience, all these caveats will feel like quibbles. "Gaia" may not be as smart as it wants to be, but it does contain some beautiful and terrible imagery. It is well-made and engages with one of the chief anxieties of modern people: What if we've been the villain all along?

Rating: R, for some violence and bloody images, sexual content, nudity and language

In English and (subtitled) Afrikaans 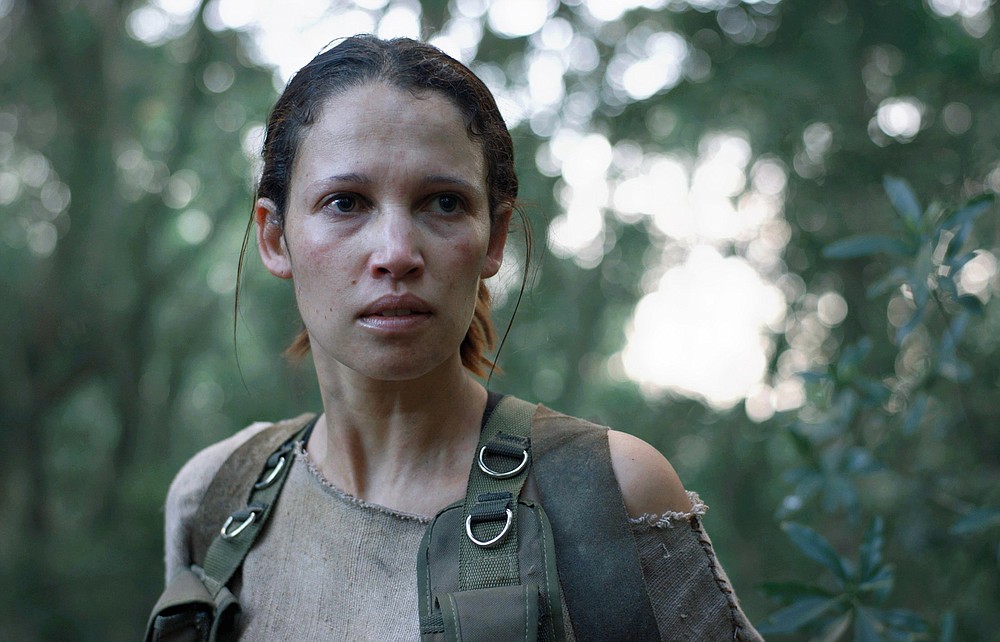 Typical horror movie protagonist Gabi (Monique Rockman) is a forest ranger who becomes entangled with a mysterious natural force and father and son who have gone native in Jaco Bouwer’s “Gaia.”