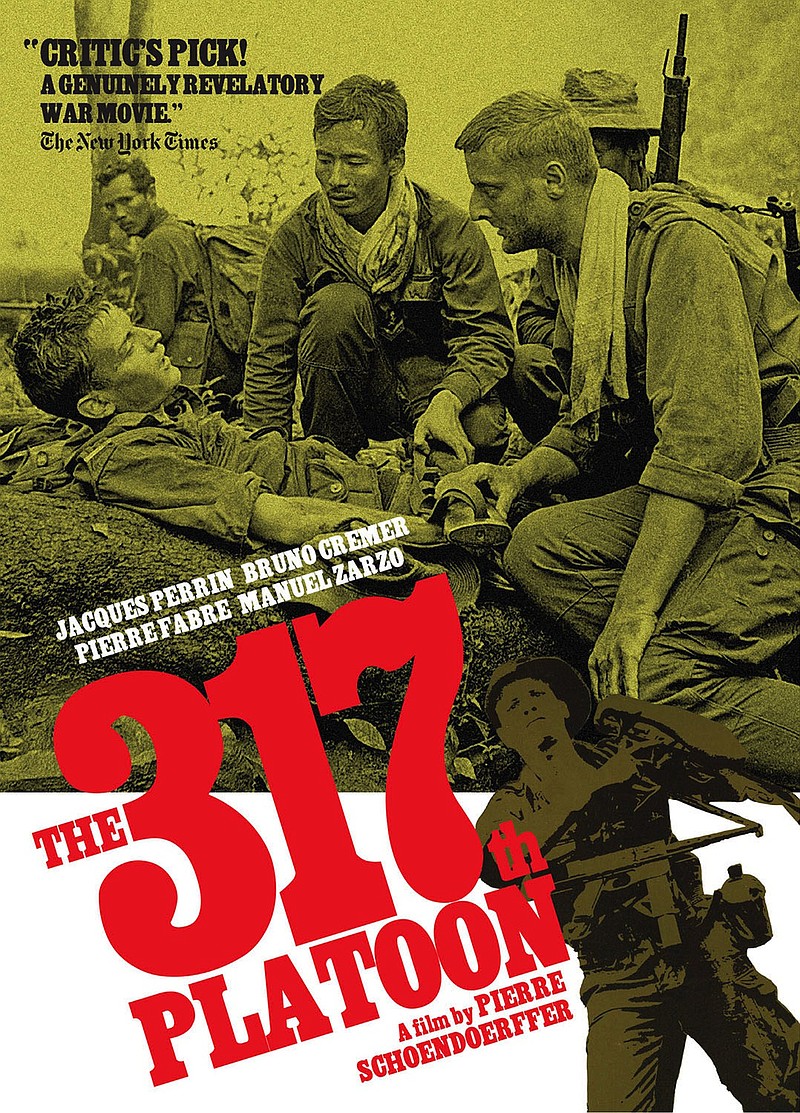 Pierre Schoendoerffer had been a POW in Vietnam following the French defeat at the Battle of Dien Bien Phu; less than 10 years after that battle, which took place in the waning days of the French war in Indochina, he returned, with a crew of six, to the Cambodian jungle during the rainy season to shoot this extraordinarily realistic film based on his own semi-autobiographical novel.

In 1954 while the Battle of Dien Bien Phu is being fought, the 317th Platoon, composed of Laotian troops, under a French officer and several NCOs, is ordered to evacuate its post in North Cambodia, crossing the jungle to the relative safety of the French-held town of Tao Tsai. But the mission goes wrong almost from the start, testing the competence of the rookie platoon leader, Second Lieutenant Torrens (Jacques Perrin), who clashes with his seasoned second-in-command Willsdorf (Bruno Cremer), a World War II veteran. After Torrens' bravado results in the wounding of another of the NCOs, the Laotian troops place their trust in cautious Willsdorf, as they try to stay alive while waiting in vain for air support.

Oliver Stone, whose "Platoon" was obviously influenced by Schoendoerffer's film, has said "The 317th Platoon" and Schoendoerffer's 1966 documentary "The Anderson Platoon" are the only films he thought portrayed "a realistic image of the war in Indochina."

"The 317th Platoon" is often cited as one of the greatest war movies ever made. The new restoration, available from Icarus Films, is presented in French and Vietnamese with English subtitles.

"Rock Dog 2: Rock Around the Park" (not rated, 1, hour, 30 minutes) A straight-to-video sequel to the 2017 Chinese import "Rock Dog" (in Chinese, the original title was "Rock and Roll Tibetan Mastiff"), this Lionsgate product replaces the English voice cast of Luke Wilson, Eddie Izzard, J.K. Simmons, Lewis Black, Kenan Thompson, Mae Whitman, Jorge Garcia, Matt Dillon, and Sam Elliott with the likes of Ashleigh Ball, Kathleen Barr, Brian Drummond, Andrew Francis, Graham Hamilton, and Jason Simpson. With no disrespect to the second group intended, that should give you an idea about Lionsgate's aspirations for this family-friendly programmer.

But just as the original "Rock Dog" wasn't terrible, this sequel is, OK, in a cutesy way. Here Tibetan Mastiff Bodi (Hamilton, replacing Wilson) and his band, True Blue, after having become locally famous in their hometown of Snow Mountain, get the chance to go on tour with pop sensation Lil' Foxy (Barr). Of course, they eventually learn fame comes at a price, and to thine own self be true. Otherwise your rock is bogus, dude.

"Gattaca" (1997) (PG-13, 1 hour, 46 minutes) This thought-provoking and ultra-stylish 1997 sci-fi drama is set in the 21st century -- among the first to focus on genetic engineering -- where biologically superior human specimens assume the world's positions of power and prestige. When a natural-born wannabe astronaut (Ethan Hawke) yearns for such power, he cheats the system by buying the blood, urine, and genetic identity of a paralyzed athlete (Jude Law). His plan works, until it doesn't. With Uma Thurman, Gore Vidal, Alan Arkin, Elias Koteas, Maya Rudolph; written and directed by Andrew Niccol.

"Voyagers" (PG-13, 1 hour, 48 minutes) A skilled cast isn't given much to work with in this shallow thriller in which 30 men and women, scientifically bred for intelligence, are sent deep into space on a multi-generational mission in search of a new home. Despite all the training and education, the crew deteriorates into a primal state, pitting each of them against the other. With Colin Farrell, Tye Sheridan, Lily-Rose Depp, Fionn Whitehead; written and directed by Neil Burger.

"Anything for Jackson" (not rated, 1 hour, 37 minutes) A flat-out frightening supernatural horror thriller concerns a creepy couple who dream up a diabolical scheme to resurrect their dead grandson. With Sheila McCarthy, Julian Richings, Josh Cruddas; directed by Justin G. Dyck.

"Kindred" (not rated, 1 hour, 41 minutes) More horror, this time psychological, in which a pregnant woman, distressed over the death of her boyfriend, is taken in by his family, who at first seem to be supportive and comforting, then slowly become obsessive. With Anton Lesser, Fiona Shaw, Jack Lowden; co-written and directed by Joe Marcantonio.