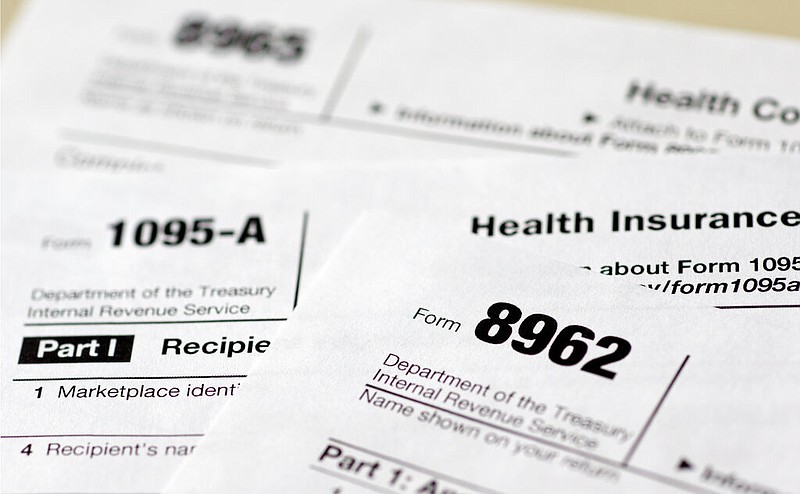 The Arkansas Education Association's executive director on Thursday called on lawmakers to tap $70 million of the state's general revenue surplus to shore up the public school health insurance plan so as not to increase the costs to employees and retirees next year.

The insurance plan covers more than 100,000 public school employees, retirees and their dependents.

Arkansas Education Association Executive Director Tracey-Ann Nelson said the state Board of Finance is considering options that could mean a spike next year in the contributions paid by employees and retirees.

Nelson said the Board of Finance is requesting $35 million from the state's restricted reserve fund for the plan next year, but the request falls short of the $70 million the plan will need.

The board meets Tuesday to consider additional recommendations for changes to the plan for the Legislative Council to consider.

This morning, the Legislative Council is scheduled to consider the request for $35 million.

The state has accumulated a nearly $1 billion surplus in the first 11 months of fiscal 2021, Nelson noted at a news conference at the state Capitol. She was joined by other representatives of teachers and retired teachers. Fiscal 2021 ends June 30.

"So, without raising taxes. the state of Arkansas should honor its commitment to public school employees, both active and retired, to provide affordable health insurance, as it does for all state employees," she said.

Earlier this month, Greg Rogers, assistant commissioner of fiscal and administrative services at the state Department of Education, told the Board of Finance that the department is providing about $130 million to the plan in 2021, including $20 million in one-time supplemental funds, and expects to provide about $110 million in 2022.

In addition, school districts provide about $100 million a year, he said.

The employees are projected to contribute $137 million to the plan this year, according to state records.

The Board of Finance must recommend changes in the plan to the Legislative Council because of Act 1004 of 2021, which transferred the governance of the school and state government health insurance plans to the board from the now-dissolved State and Public School Life and Health Insurance Board.

Under the defunct board's proposals for 2022, active school employees would face a 10% increase in premiums. Retirees under 65 would face a 15% increase, while retirees 65 and older would see a 20% increase.

The dissolved board's plan also would reduce the wellness credit for active employees from $50 to $25 a month, create a $50-a-month non-wellness contribution for active employees and eliminate the wellness preventive-screening requirement to see doctors in person. Those proposals have been projected to reduce the public school plan's forecast deficit from $70 million to $29.7 million for 2022.

Asked about the Arkansas Education Association's request to put $70 million into the school health insurance plan, Gov. Asa Hutchinson said that under legislation enacted in this year's regular session, any surplus funds not specifically designated for a certain use must flow into the state's Long Term Reserve fund on July 2.

"In other words, the surplus cannot be used to fund the Employee Benefits," the Republican governor said in a written statement.

The Board of Finance has not yet made rate increase recommendations for public school employees and retirees, Hutchinson said. The governor is a member of the board, but he has assigned Transformation and Shared Services Secretary Amy Fecher to represent him when the board considers the insurance plans.

"State employees (other than public school employees) have been approved for a rate increase by the Board of Finance," the governor said.

"The solutions for correcting the insurance fund must come from a balance of sources including an infusion of state general revenue," Hutchinson said. "That is why the $35 million investment was recommended and is expected to be approved by the Legislative Council."

Asked about the Arkansas Education Association's request for a $70 million infusion, Senate President Pro Tempore Jimmy Hickey, R-Texarkana, said, "We have so many stakeholders out here that want different things.

"We got stakeholders who want tax cuts," he said. "We have people with [the Department of Human Services], they want more funding there, so we just have to look at the overall picture. We are going to do everything we can for our employees, but at some point you got to understand costs increase and you got share with that."

"I don't think that that's feasible," he said. "They are going to have to share in the cost."

A Legislative Council co-chairman, Rep. Jeff Wardlaw, R-Hermitage, said the plan will get $35 million in fiscal 2022.

"We are going to evaluate the plan and by October we will have a sound evaluation," Wardlaw said. "We will fund the plan to our evaluation, whatever that plan comes to. But there will be skin in the game from both sides. It won't be a one-sided funding situation."

Wardlaw said he expects lawmakers ultimately will consider providing more than $70 million in additional funds to shore up the school employee health insurance plan as well as to properly fund its reserve fund.

"Looking at $70 million is almost shortsighted at this point," he said. "We have got to wait until we see the whole picture and what that looks like [this fall]. I think it is very likely the state antes up whatever is needed to get us started again with a very sound plan."