OPINION | REVIEW: ‘Bodyguard’ sequel all sound and fury, signifying nothing 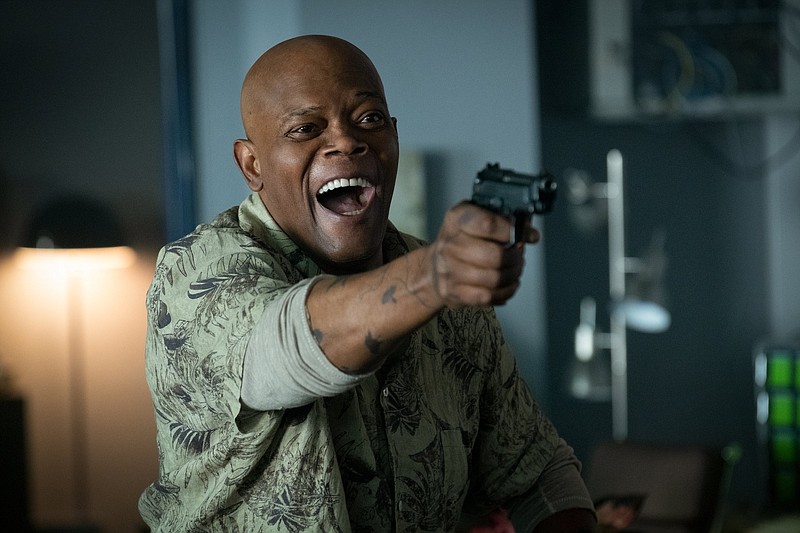 Dangerous Darius Kincaid (Samuel L. Jackson) is an international assassin with a delicious way with naughty words in the loud and raucous “The Hitman’s Wife’s Bodyguard,” a sequel to a surprise 2017 hit.

With a title like "The Hitman's Wife's Bodyguard," gunplay and explosions are guaranteed.

Sure, there are some scenes when Ryan Reynolds, Samuel L. Jackson and Salma Hayek get in touch with their feelings, but they only serve to make the wait between acts of property damage seem longer.

Pairing Reynolds and Jackson in the "The Hitman's Bodyguard" was a smart move because both work in insults the way Michelangelo did in marble. The convoluted and unimaginative script they had to recite was another matter.

There are a couple of new scribes involved with the sequel, but having a Greek power broker eager to make the rest of Europe suffer doesn't make that much sense, even if Antonio Banderas plays him with appropriate relish.

Despite having saved the continent in the previous movie by getting Darius Kincaid (Jackson) to court, Michael Bryce (Reynolds) is still a nervous wreck. Although Darius' testimony brought down a Belarussian dictator (Gary Oldman), Bryce is still mad at the professional assassin because he ruined Bryce's prized AAA rating.

Losing a client to a bullet looks lousy on a bodyguard's resume.

Michael isn't struggling to appeal to a fellow operative here. He's trying to find some way of justifying his existence even though getting Darius to The Hague should have redeemed him.

While vacationing to get over his neuroses, Darius' wife (Hayek) all but kidnaps Michael in the hope that he can rescue Darius from a mobster. Michael doesn't feel like shooting at people anymore, so the task becomes seemingly futile.

For viewers, giving Hayek more screen time in the sequel is a blessing. She gives "The Hitman's Wife's Bodyguard" an energy lacking in the first installment.

As she takes on anyone foolish enough to confront or disrespect her, Hayek tears through the scenery and her castmates like a piranha. She also gives Jackson a run for his money by delivering vulgar putdowns in two different languages. Her raspy voice makes any disparagement seem meaner.

Sadly, three credited writers couldn't think of more credible and engaging squabbles for the actors to recite. The plotline, involving a hack of the Old World's power grid, is more eye rolling than engrossing.

There is a limit to how many monuments you can blow up and cars you can wreck before the mayhem becomes numbing.

The studio behind these films, Millennium Media, specializes in "geezer teasers," where older actors get quick paychecks for merely showing up. Bruce Willis is frequently on the box for the DVDs, but his screen time and his involvement are, um, limited.

Morgan Freeman probably enjoyed a paid trip to Europe, but viewers don't get much out of hearing him put his golden throat to work.

Director Patrick Hughes still has trouble juggling gore with high jinks. It's hard to giggle when the damage to flesh seems a little too vivid. On second thought, maybe there should be more explosions because the plot around them can't stand on its own.

The new film is superior to its predecessor in that it's half an hour shorter. 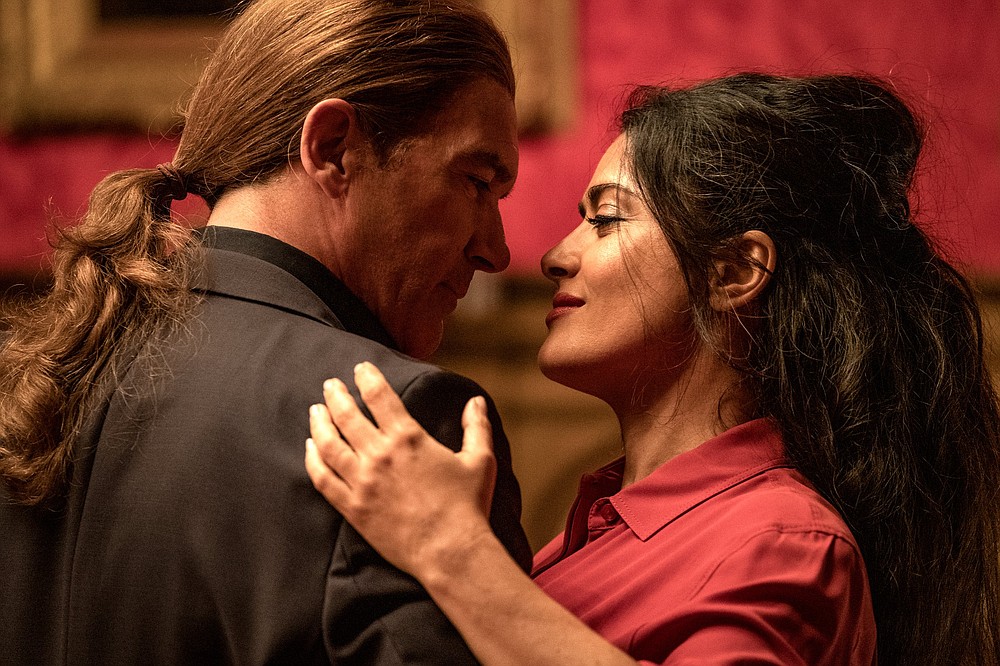 A demented Greek billionaire (Antonio Banderas) eventually gets around to menacing Sonia (Salma Hayek) in “The Hitman’s Wife’s Bodyguard.” 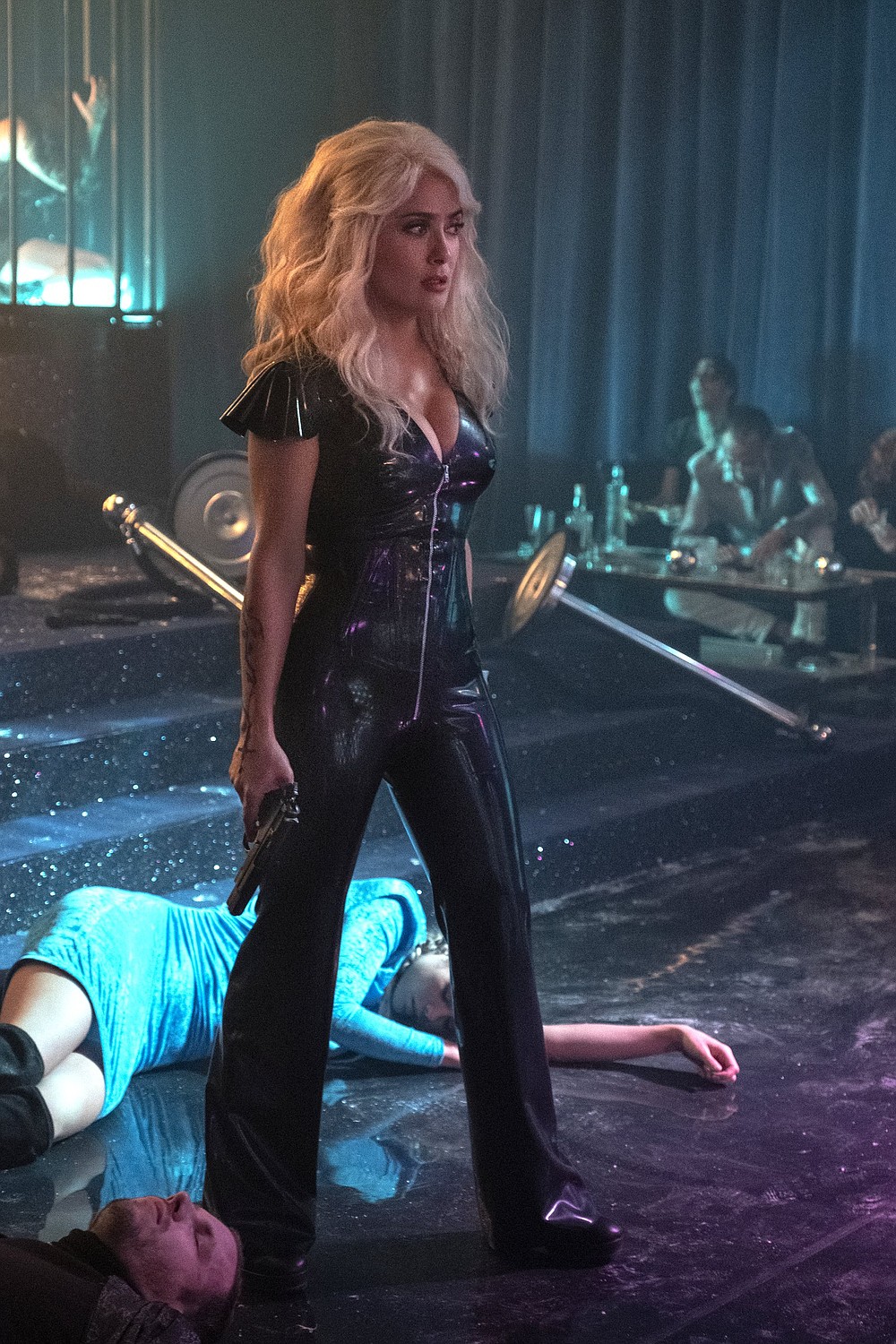 Sultry Sonia Kincaid (Salma Hayek) expresses a remarkable physicality reminiscent of a superhero from the Marvel Cinematic Universe in the action farce “The Hitman’s Wife’s Bodyguard.”