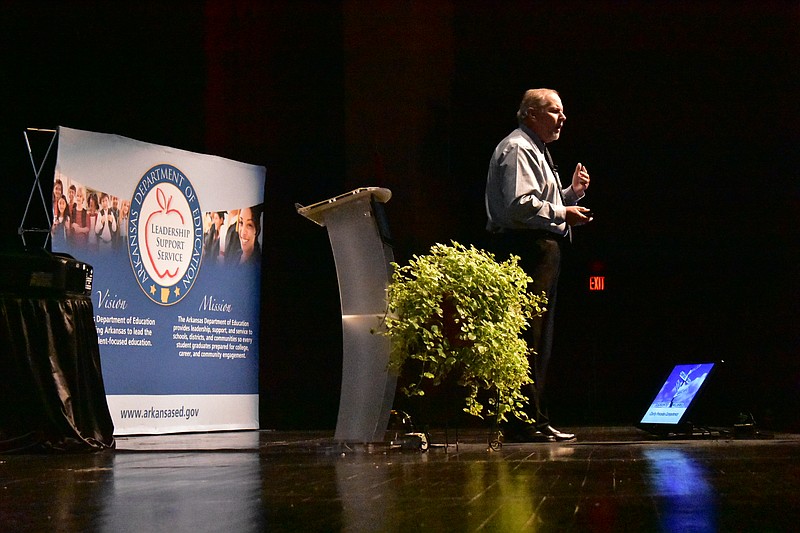 For two days, teachers, principals and superintendents across Arkansas convened in Pine Bluff for the Practitioners: Leading and Learning conference.

It was more than just a well-run event, according to Ginny Stroud.

And, when Stroud asked for tables?

"He set up tables for 350 people with tablecloths," she said, although she estimated 450 were in attendance. "I didn't ask for that."

By Stroud's testimony, he – being Pine Bluff Convention Center Executive Director Joseph McCorvey – went above and beyond to host what he said is the largest conference his facility has attracted since the coronavirus pandemic.

"After covid, meeting businesses are coming back, but more importantly we want to bring more of these conferences to Pine Bluff," McCorvey said. "We haven't had them because of the hotel [attached to the Convention Center]. We're pleased to have this group with us, and we're hoping this is a catalyst to have other groups interested in Pine Bluff."

The center, which opened in 1976, is known for its history of hosting big-name musical performances and nationally televised basketball games such as the King Cotton Holiday Classic and the University of Arkansas' upset of No. 1-ranked University of North Carolina, led by a junior named Michael Jordan, in 1984. But it has seen a decline in events and conferences in recent years, due in no small part to the lack of a functioning hotel nearby.

McCorvey is pushing for the city to fund an estimated $4 million in upgrades to the center, which seats 7,600 in the main arena and 1,900 in its auditorium, as well as an $18 million demolition and rebuild of the inactive hotel, which first opened in 1988 as Wilson World. The latter figure could go up to $28 million if the hotel is renovated in its present state, according to numbers McCorvey presented to Pine Bluff Advertising and Planning commissioners in April.

"Most of your groups like to have the convenience of a hotel near the Convention Center or connected to it," McCorvey said. "A lot of the businesses we've been going after, they have said, 'We would go to Pine Bluff. We would pick there, but you need a hotel.' So, that's why I say, let's go ahead and focus on that because you get a lot of rejection on that. They go to other cities, and convention centers have hotels nearby within walking distance."

But the addition of several hotels throughout Pine Bluff and White Hall in recent years have helped the Convention Center attract events willing to give southeast Arkansas' largest city a shot.

"When I first heard about it, the first thing I did was I called somebody and asked them, 'How are the hotels in Pine Bluff?'" said Kaiesha McGruder, an elementary instructional facilitator in the Earle School District, near West Memphis. "I quickly found out there a lot of new ones in town, especially in White Hall. That's where we're staying. A lot of us educators are staying in White Hall."

The loss of industry has not done Pine Bluff any favors, either, and McGruder took note of that effect on the city.

Still, she agreed with Stroud that Convention Center officials kept things running smoothly for the conference.

"As far as the conference goes, the event place is large enough to handle everything we're doing," McGruder said.

The Convention Center wasn't silent during Arkansas' covid-19 business shutdown, but it had to limit the number of people in attendance for meetings and other events. Since Gov. Asa Hutchinson relaxed rules regarding the use of face masks March 31, the Pine Bluff facility has hosted events such as the Carden International Circus and Arkansas State Silver Gloves boxing championships.

A day after the educational conference there wrapped up, a church group from Bryant could be spotted visiting the Arkansas Entertainers' Hall of Fame, also located inside the Convention Center.

"Some of the schools and districts I support are from this area," she said. "Several are from this area. We know that Pine Bluff is working on rejuvenation, like the downtown part, your Main Street, the aquatics building. I knew about that, and like I said, we have districts and schools in this area. For years, these schools traveled to Little Rock and Hot Springs for conferences, so when we heard about the rebuild, and knowing my schools have been traveling, I just thought let's try Pine Bluff and see if it would be ready for a big event.

"I hope us being here and having 450 people, they have a leg up for the next event to come here. [McCorvey] helped us alert the community, and they've supported us as well."

"After covid, meeting businesses are coming back, but more importantly we want to bring more of these conferences to Pine Bluff," he said. "We haven't had them because of the hotel. We're pleased to have this group with us, and we're hoping this is a catalyst to have other groups interested in Pine Bluff." 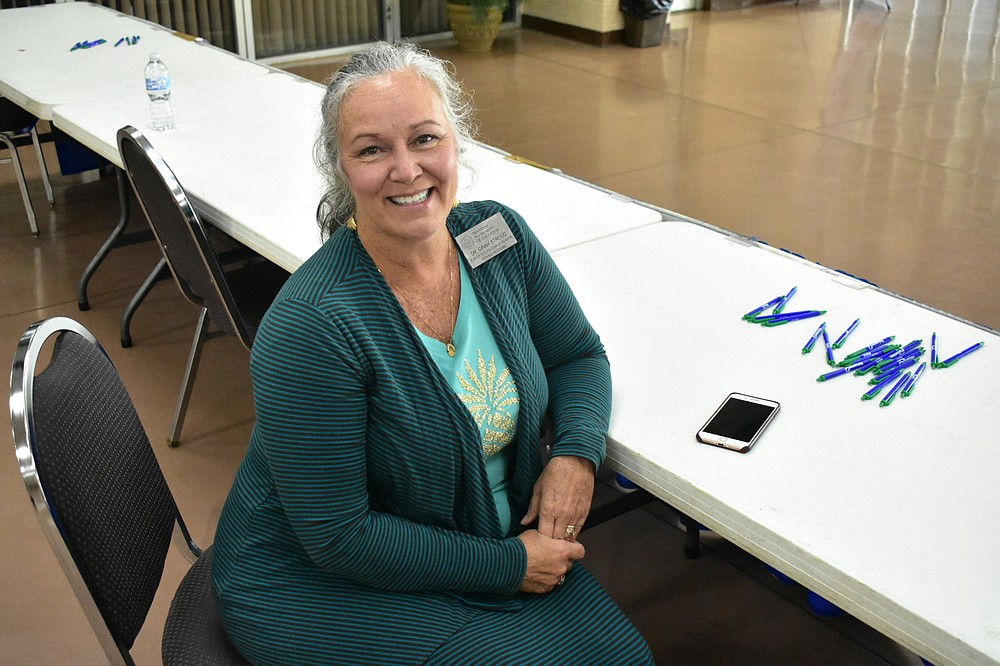 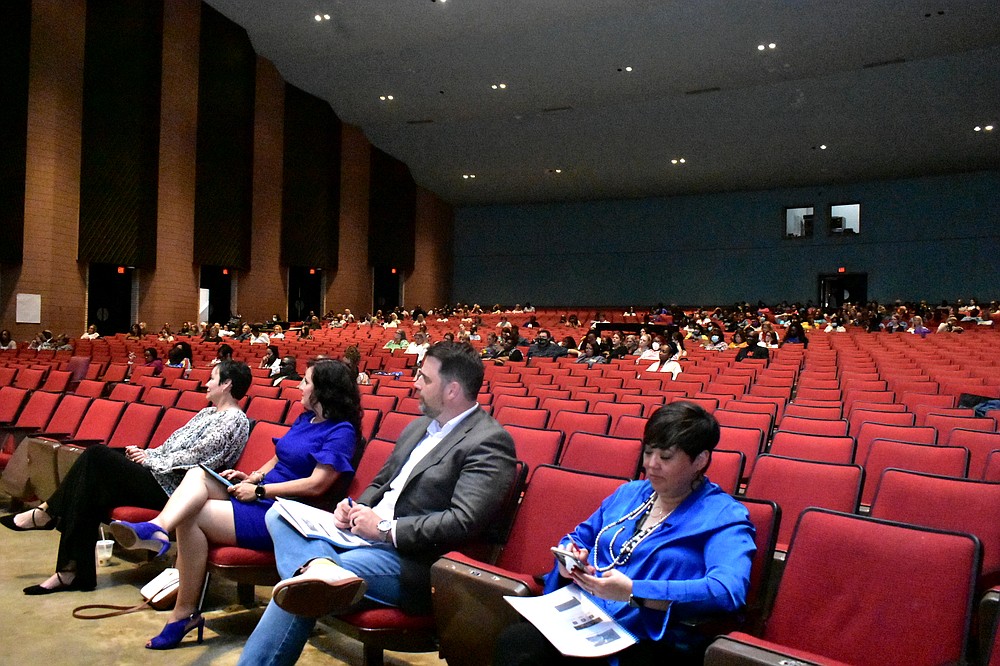