Council signs off on pay for new Crime Lab hires 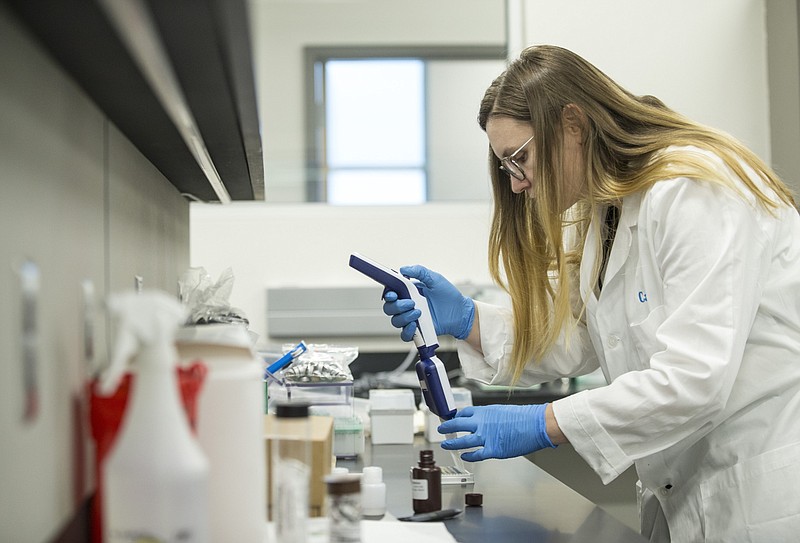 The council also signed off on the division's request to boost the pay of the division's five associate medical examiners by either 15% or 30% based on their current qualifications or board certifications. Their salaries now range from $231,235 to $295,201.

The Department of Public Safety's requests zipped through the Legislative Council's personnel subcommittee on Wednesday and the full council on Friday.

The $350,000 salary for chief medical examiner Theodore Brown will be the highest in state government's executive branch, according to the Arkansas Transparency website.

Director Kermit Channell of the Crime Lab asked Public Safety Secretary Jami Cook in a letter dated June 7 for permission to offer the salary to Brown, whom Channell described as an exceptionally well-qualified candidate, and to seek the personnel subcommittee's approval for that salary rate.

Brown, who is board certified in anatomic, clinical and forensic pathology, is a deputy medical examiner for several counties in western and northern Michigan and northern Indiana, Cook wrote in a letter dated June 7 to state personnel director Kay Barnhill.

Brown is the medical director of the department of pathology and program director of the forensic pathology fellowship program at Western Michigan University's Homer Stryker M.D. School of Medicine, Cook said in her letter.

"This skill set is what will be needed to make the Forensic Fellowship program with UAMS successful," she wrote in her letter to Barnhill.

Charles Kokes, who is an associate medical examiner, has served as the acting chief medical examiner as state officials conducted a national search to fill the post, Channell said in an interview.

Brown's hiring is "a game changer," and brings the required experience to develop a forensic fellowship program, he said Friday in an interview.

"He brings a lot of energy to my staff that we really need," Channell said.

In his letter to Cook, Channell asked for permission to offer a $260,000 salary to Christy Cunningham, whom Channell described as an exceptionally well-qualified candidate for an associate medical examiner position, and to seek the approval of the personnel subcommittee for that salary rate.

"The requested rate of pay will bring her in below the current pathologists with similar certifications," she said. "The position for which she is being hired was established June 16, 2019, and has never been filled."

Brown and Cunningham had accepted the offers contingent upon the committee's approval of their salaries, said Bill Sadler, a spokesman for the state Department of Public Safety.

"Dr. Brown has commitments at his current job site and will not be available to start work at the Arkansas Crime Laboratory until later this summer," he said.

The council on Friday approved the following increases in pay for the Crime Lab's five current medical examiners: