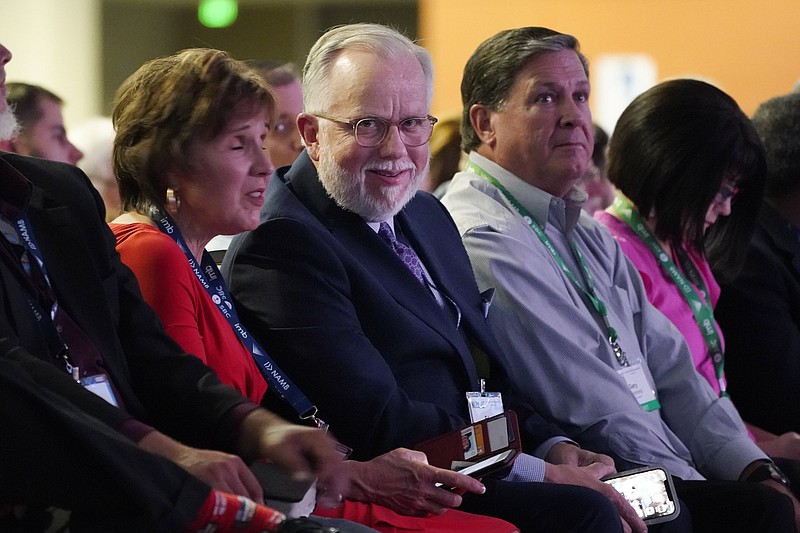 As ideological divisions wracked the Southern Baptist Convention this year ahead of a pivotal national meeting, one of the leading candidates for its presidency, Ed Litton, embraced a role as the man best equipped to build bridges and promote unity.

"From time to time, every family has disagreements and tensions," Litton said in a campaign video. "Because we're a family, we don't give up on one another."

On Tuesday he prevailed in a runoff against Georgia pastor Mike Stone to become the next leader of the United States' largest Protestant denomination, winning about 52% of the votes among more than 15,000 delegates at a meeting roiled by controversy and a power play by the convention's ultraconservative wing.

In doing so, Litton bested a better-known rival in the Rev. Albert Mohler, president of the Southern Baptist Theological Seminary, as well as Stone, who ran an aggressive campaign fueled by some of the convention's most prominent hard-line conservatives.

Among Litton's notable attributes are a long record of hard work promoting racial reconciliation, and his perseverance in the face of personal tragedy. Litton's wife of 25 years, Tammy, was killed in a car wreck in 2007; two years later, he married Kathy Ferguson, the widow of another Southern Baptist pastor killed in a 2002 car crash.

"We both have a profound sense of pain and suffering in our lives that has changed us, and I think changed us for the better," Litton said at a news conference after his victory.

Litton, 62, earned a bachelor's degree in religion and theater from Grand Canyon University, a private Christian university in Phoenix, and later received a Doctor of Ministry from the Southern Baptist Theological Seminary.

He spent the early years of his ministry in Texas and Arizona, and since 1994 he has been senior pastor of a Southern Baptist church -- now known as Redemption Church -- in Saraland, Ala., a suburb of Mobile.

For the past six years, he has been active in a Mobile coalition called the Pledge Group, a movement of leaders from different racial, religious and vocational backgrounds who want to shrink the city's racial division.

Litton was nominated for president at this week's meeting by the Rev. Fred Luter, who in 2012 became the denomination's first and thus far only Black president. Luter said he'd known Litton for more than 20 years, initially teaming up to preach on behalf of racial reconciliation.

That cause has been an enduring one for Litton, who has built strong relationships with many Black pastors.

Late last year, racial tensions in the the denomination were heightened when the presidents of its six seminaries -- all of them white -- issued a statement repudiating critical race theory, a term used to describe critiques of systemic racism. In response, a diverse group of Southern Baptists, including Litton and Luter, co-signed a statement asserting that systemic racial injustice is a reality.

Critical race theory "is a reality in the culture," Litton said Tuesday. "We need to understand it. We need to help seek justice."

During the campaign, Litton identified unity and diversity as two of his top priorities.

Without unified commitment to the Gospel, he said in one video, "We will stumble into opposing factions, differences of opinions and turf battles that squander precious time and resources."

As for diversity, he noted that Blacks, Hispanics and Asian Americans increased their presence in the convention over the past 20 years even as white membership declined.

"I want to continue broadening ethnic diversity on our boards to reflect who we actually are and who we're becoming," he said. "I want to build bridges. Where necessary, we have to repair burned bridges."

He noted that some Black ministers are asking why they should remain in the denomination.

"My answer: because we want you and need you," Litton said.

One of the faith's most prominent Black pastors, Dwight McKissic of Arlington, Texas, had threatened to leave the denomination if Stone or Mohler had won. He was elated by the outcome.

"What a day of rejoicing! Couldn't help but do a Baptist Holy Dance, when Litton won," McKissic tweeted. "God has a plan for the SBC & I want to be a part of it. Truly, racism was rejected 2day!"