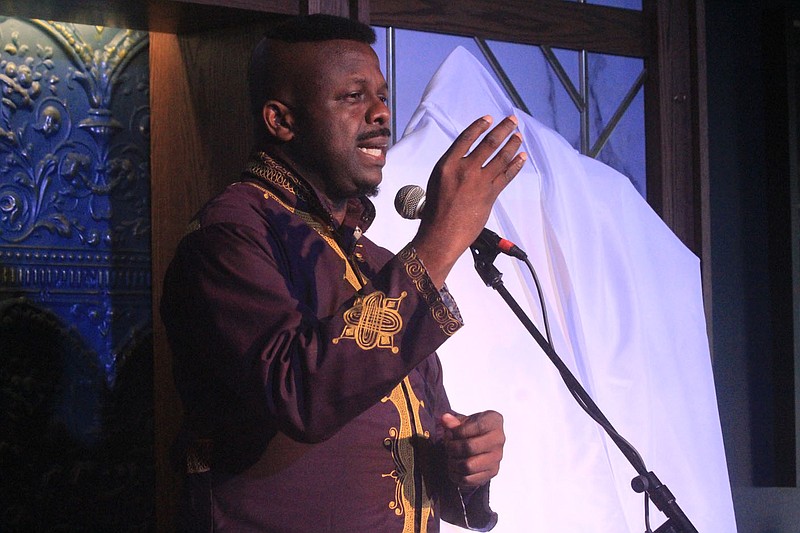 FORT SMITH -- The Fort Smith International Film Festival has received recognition from a United Nations ambassador, who praised the event as an example of community support and an avenue for storytelling.

U.N. Arts Ambassador Ibiyinka Alao's remarks came on the heels of Executive Director Brandon Goldsmith's announcement that the inaugural event had 396 submissions from 43 countries by its June 4 deadline.

"One thing I know is that anything that you begin always starts small, and it grows to be big. Not that this is so small already -- this is your inaugural, and you have entries from so many people, from so many countries," Alao said.

The festival, which will be Aug. 13-14 at four venues in the downtown area, was conceptualized by Goldsmith roughly two years ago. It aims to celebrate "the artistic expression and diverse experiences" of Native Americans and people of color through mediums including film, panel discussions and music, according to the festival website.

The inaugural event is sponsored in large part by Arvest Bank and 906 Cocktail and Cigar Lounge, both of which are contributing $10,000. The festival is putting half its $30,000 budget toward scholarships and cash prizes, Goldsmith said.

"I couldn't even believe that a new film festival was going to be established after covid, so that really impressed me a lot," Alao said.

Goldsmith said Fort Smith has "always been an international city" when it comes to industry, culture and the arts. He said this dovetails with Alao's recognition of the festival.

Alao also "lends some credence" to the festival, Goldsmith said.

The news conference held the unveiling of the film festival poster, which features a graphic by artist J.K. Burchett of Catherine Foreman Gray, history and preservation officer for the Cherokee Nation. The poster shows a rose emerging from Gray's eye and a speech bubble with the festival theme, "through their eyes," inside.

"You all are set up perfectly to have a successful run of the film festival, and we're excited to be a part of it," said Jennifer Loren, director of the Cherokee Nation film office.

Goldsmith and others now must cut the 123 hours of submitted film down to 23 hours for showtime.

Where: 5 Star Productions, the Bakery District, 906 Cocktail and Cigar Lounge, The Majestic