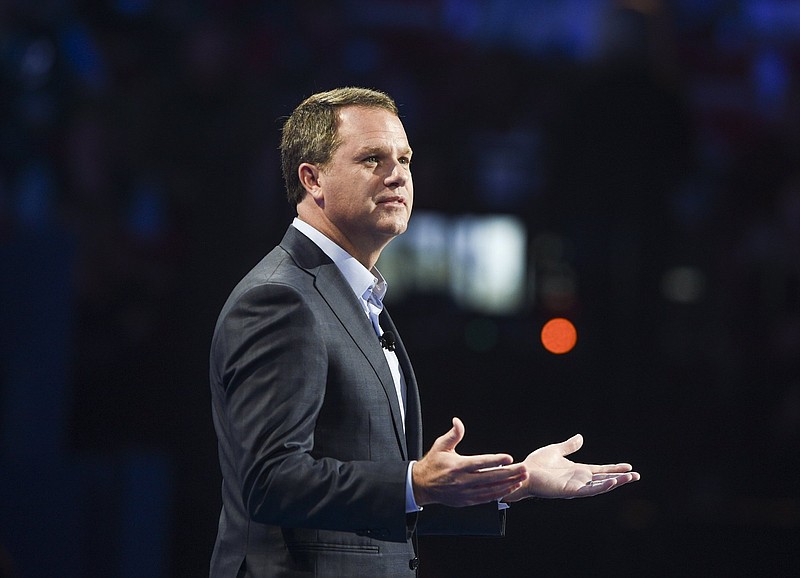 Special Master David Cohen, appointed by the U.S. District Court for the Northern District of Ohio, Eastern District, said in his ruling that the plaintiffs showed that McMillon may have "personal knowledge of and involvement in" matters relevant to the case.

The plaintiffs want to depose McMillon as part of the discovery process in the suit.

The wide-ranging multidistrict litigation involves lawsuits filed by more than 3,300 municipal and tribal entities battling the opioid epidemic in the U.S. The cases target pharmaceutical manufacturers and distributors as well as pharmacies that fill prescriptions for opioids.

Walmart is among the pharmacy chains named in the lawsuit. The Bentonville-based retailer has more than 5,000 pharmacies in its stores and clubs nationwide.

In objecting to the plaintiffs' request, Walmart said in court documents that "high-level executives are vulnerable to numerous, repetitive, harassing and abusive depositions," especially in multidistrict litigation.

"Because the ... request for Mr. McMillon's deposition is harassing on its face, Walmart requests that the Special Master deny it outright," Walmart said according to court records.

"Should the Special Master need additional information from Walmart on this issue, Walmart requests that the opportunity to fully brief a motion for a protective order," the company said in court documents.

The deposition is limited to 90 minutes and can cover only subject matter contained in a previous sanctions order. It will be conducted by videoconference with Cohen presiding.

Cohen said in his ruling that the plaintiffs presented "evidence and colorable argument" that McMillon was aware of and involved in Walmart's adoption and use of its pharmacy policies called Blanket Refusals to Fill and a Blocked Prescribers list.

Cohen also agreed with the plaintiffs that McMillon may have relevant information about these policies that no one else in the company has.

The ruling describes Blanket Refusals to Fill as Walmart's national list of doctors whose opioid prescriptions an individual Walmart pharmacist decided not to fill.

The Blocked Prescribers list is described as a national list identifying doctors whose opioid prescriptions Walmart has prohibited all its pharmacists from filling.

Cohen gave Walmart until Wednesday to file an objection to his ruling. The plaintiffs have until June 28 to file a response.

Besides the multidistrict lawsuit, Walmart has been sued by the U.S. Department of Justice on claims that its pharmacies have filled large numbers of invalid opioid prescriptions and other violations of the Controlled Substances Act.

That suit, filed Dec. 22 in U.S. District Court for the District of Delaware, is pending. The case is United States of America v. Walmart Inc. and Wal-Mart Stores East, LP.

The multidistrict case is In Re: National Prescription Opiate Litigation.