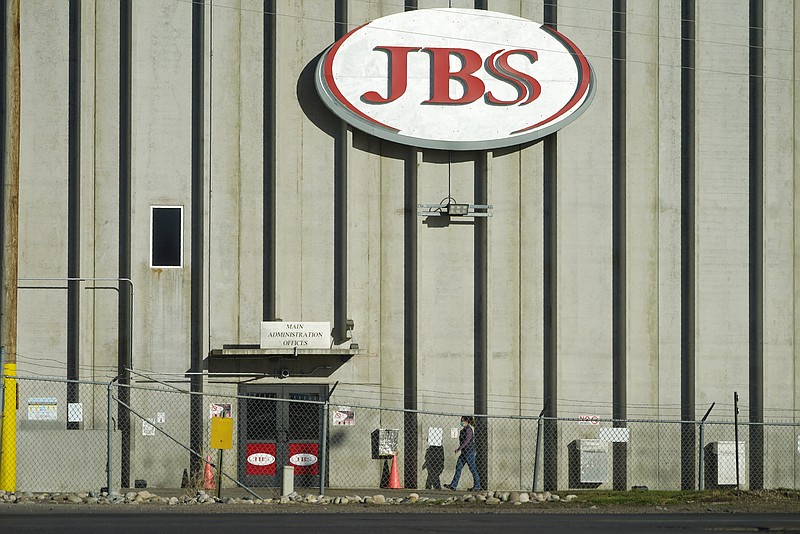 FILE - In this Oct. 12, 2020 file photo, a worker heads into the JBS meatpacking plant in Greeley, Colo. The world’s largest meat processing company says it paid the equivalent of $11 million to hackers who broke into its computer system late last month. Brazil-based JBS SA said on May 31 that it was the victim of a ransomware attack, but Wednesday, June 9, 2021 was the first time the company’s U.S. division confirmed that it had paid the ransom. (AP Photo/David Zalubowski, File)

WASHINGTON -- As ransomware attacks surge, the FBI is doubling down on its guidance to affected businesses: Don't pay the cybercriminals. But the U.S. government also offers a little-noticed incentive for those who do pay: The ransoms may be tax-deductible.

The IRS offers no formal guidance on ransomware payments, but multiple tax experts interviewed by The Associated Press said deductions are usually allowed under law and established guidance.

It's a "silver lining" to ransomware victims, as some tax lawyers and accountants put it. But those looking to discourage payments are less sanguine.

They fear the deduction is a potentially problematic incentive that could entice businesses to pay ransoms against the advice of law enforcement. At a minimum, they say, the deductibility sends a discordant message to businesses under duress.

"It seems a little incongruous to me," said New York Rep. John Katko, the top Republican on the House Committee on Homeland Security.

Deductibility is a piece of a bigger quandary stemming from the rise in ransomware attacks, in which cybercriminals scramble computer data and demand payment for unlocking the files. The government doesn't want payments that fund criminal gangs and could encourage more attacks, but failing to pay can have devastating consequences for businesses and potentially for the economy overall.

A ransomware attack on Colonial Pipeline last month led to gas shortages in parts of the United States. The company, which transports about 45% of the fuel consumed on the East Coast, paid a ransom of 75 bitcoin -- then valued at roughly $4.4 million.

An attack on JBS SA, the world's largest meat-processing company, threatened to disrupt food supplies. The company announced it had paid the equivalent of $11 million to hackers who broke into its computer system.

Ransomware has become a multibillion-dollar business, and the average payment was more than $310,000 last year, up 171% from 2019, according to Palo Alto Networks.

The companies that pay ransomware demands directly are well within their rights to claim a deduction, tax experts said. To be tax-deductible, business expenses should be considered ordinary and necessary.

Companies have long been able to deduct losses from more traditional crimes, such as robbery or embezzlement, and experts say ransomware payments are usually valid too.

"I would counsel a client to take a deduction for it," says Scott Harty, a corporate tax attorney with Alston & Bird. "It fits the definition of an ordinary and necessary expense."

Don Williamson, a tax professor at the Kogod School of Business at American University, wrote a paper about the tax consequences of ransomware payments in 2017. Since then, he said, the rise of ransomware attacks has only strengthened the case for the IRS to allow tax deductions.

"It's becoming more common, so therefore it becomes more ordinary," he said.

For years, ransomware was more of an economic nuisance than a major national threat. But attacks launched by foreign cybergangs out of reach of U.S. law enforcement have proliferated in scale over the past year and thrust the problem onto the front pages.

"It is our policy, it is our guidance, from the FBI, that companies should not pay the ransom for a number of reasons," FBI Director Christopher Wray testified before Congress this month.

That message was echoed at another hearing this week by Eric Goldstein, a top official at the Department of Homeland Security's Cybersecurity & Infrastructure Security Agency. Officials warn that payments lead to more ransomware attacks.

"We're in this boat we're in now because over the last several years people have paid the ransom," Stephen Nix, assistant to the special agent in charge at the U.S. Secret Service, said at a recent summit on cybersecurity.

It's unclear how many companies that pay ransomware payments avail themselves of the tax deductions. When asked at a congressional hearing whether the company would pursue a tax deduction for its payment, Colonial CEO Joseph Blount said he was unaware that was a possibility.

"Great question. I had no idea about that. Not aware of that at all," he said. 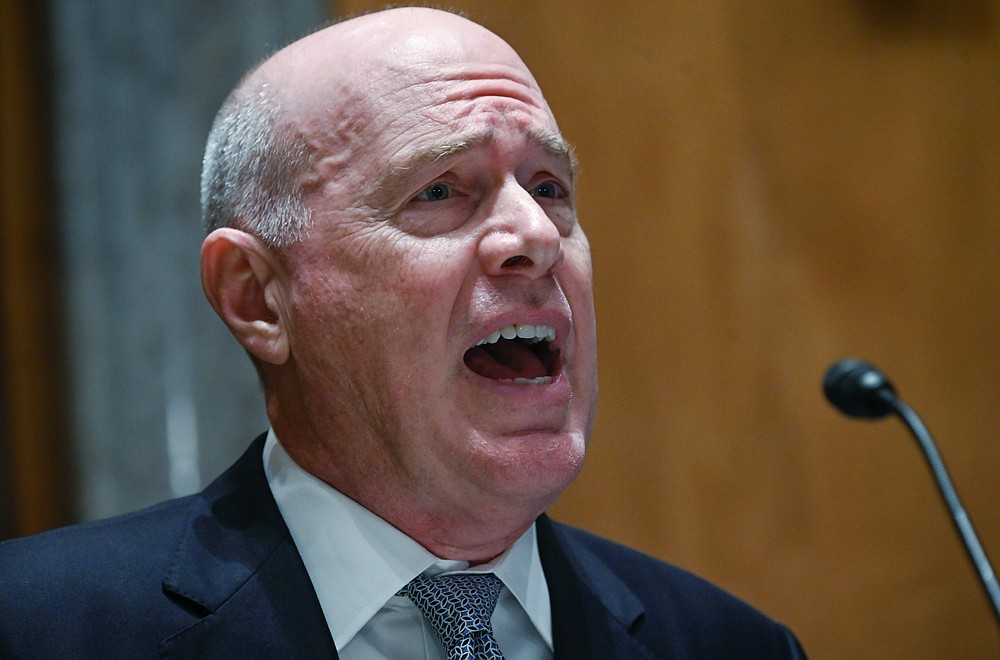 Colonial Pipeline CEO Joseph Blount testifies during a Senate Homeland Security and Government Affairs Committee hearing one day after the Justice Department revealed it had recovered the majority of the $4.4 million ransom payment the company made in hopes of getting its system back online, Tuesday, June 8, 2021, on Capitol Hill, in Washington. (Andrew Caballero-Reynolds/Pool via AP) 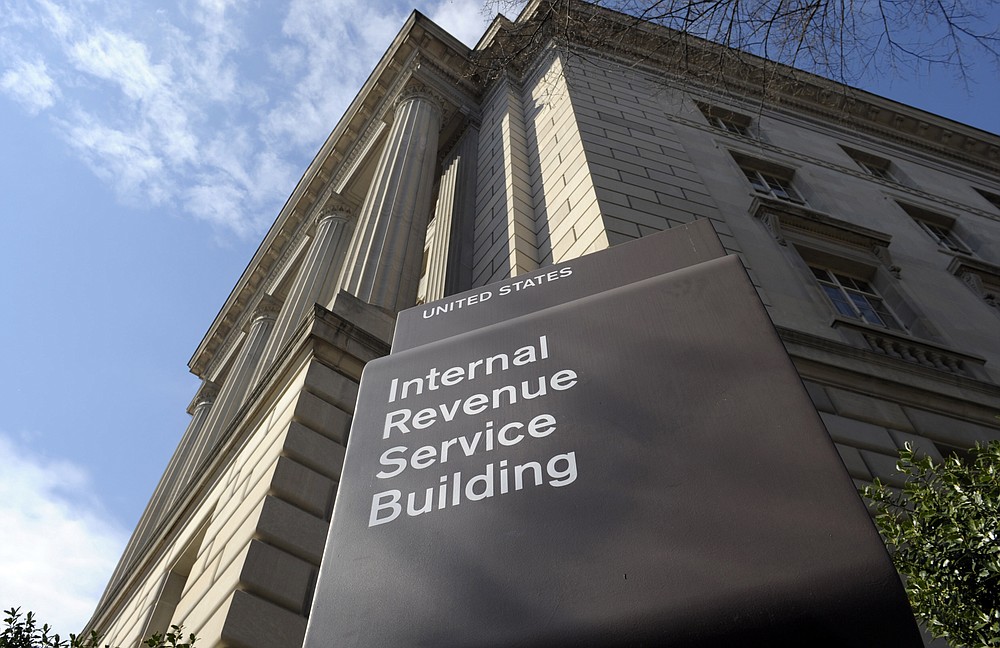 FILE - In this photo March 22, 2013, file photo, the exterior of the Internal Revenue Service (IRS) building in Washington. As ransomware attacks surge, the FBI is doubling down on its guidance to affected businesses: Don't pay the cybercriminals. But the U.S. government also offers a little-noticed incentive for those who do pay: The ransoms may be tax deductible. (AP Photo/Susan Walsh, File)