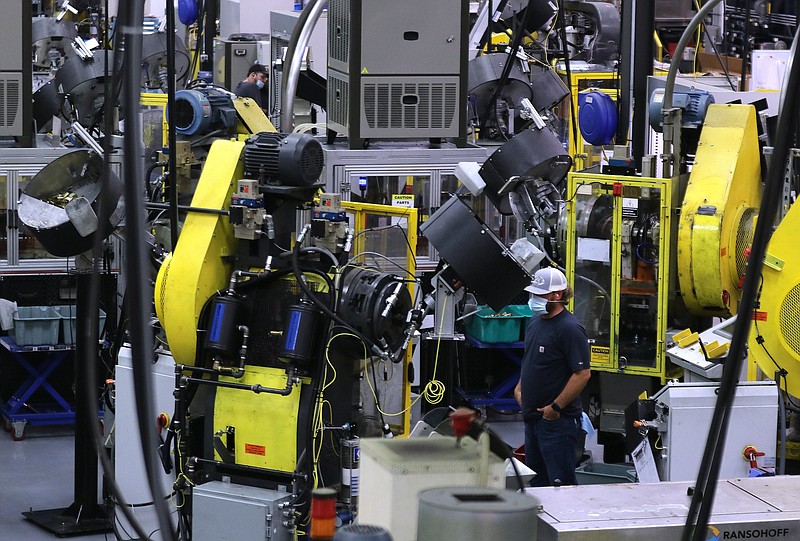 Sig Sauer is expanding the ammunition making capacity at its Jacksonville plant, investing millions of dollars and adding jobs as the nation's year-long ammo shortage drags on.

Sig Sauer recently shifted its shipping, receiving and storage operations to 53,000 square feet of nearby office space to make room for more production at its plant. The off-site operation employs 15 workers.

The move frees up about 20,000 square feet of vital manufacturing space to increase production of pistol ammo significantly. The ammo maker is also gearing up to add a primer making facility at its plant to make its operation, which produces bullets, brass and finished ammo, even more self-contained.

Ammunition of all types has been nonexistent or scarce on retailer's shelves for over a year, driven by a record number of new shooters, industry experts and analysts say.

New Hampshire-based Sig Sauer, which makes firearms, ammunition and accessories, centralized its ammunition production at a new plant in Jacksonville in 2017. The plant makes small-arms ammunition for the civilian, law enforcement and military markets worldwide. The company also builds night sights for its firearms at the plant which sits on more than 60 acres.

Hanna declined to give exact production figures at the plant but said the new machinery will double production of pistol caliber ammunition. The company has hired eight operators and three supervisors to oversee the additional machinery. He estimated the company invested about $2 million in plant upgrades and $10 million in the new equipment.

Sig Sauer employs just shy of 220 workers across its Jacksonville operations and is still looking to hire more, Hanna said. The company has openings for more than 40 workers including machine operators, material handlers, manufacturing and quality engineers, chemists, and ammunition assemblers.

The report noted despite poor economic conditions brought on by the covid-19 pandemic, demand for small arms and ammunition boomed as "consumers prioritize personal safety and exercise their fundamental American freedoms." Growing military expenditures also improved sales and are expected to be a key growth factor over the next five years.

Background checks of firearms buyers for 2021 are on track to break records yet again with about 19.2 million through May, compared with about 15.2 million for the same period last year. In 2020 old records were shattered, with 39.69 million total background checks, a 40% increase over 2019's previous record. While the FBI background-check figures don't represent the number of guns sold, they are generally used as indicators of firearms demand.

Vista Outdoor, the new parent company of Remington Ammunition, with its ammo plant in Lonoke, said late last month it's continuing to hire workers as it attempts to keep up with consumer demand. The plant employs about 900. Chris Metz, chief executive officer of Vista Outdoor has said the company's ammunition order backlog is valued at more than $1 billion.

In October, Minnesota-based Vista Outdoor purchased Remington's ammunition plant, the brand and various trademarks for $81.4 million during Remington's bankruptcy. According to the IBIS World report, Vista Outdoor, which also includes the Federal and CCI and Speer brands, commands about 8% market share in the segment.

Hanna, with Sig Sauer, said design work on the primer facility is finished, with construction expected to begin soon and be complete by the end of 2021. It'll be approximately 4 acres in size and include structures. It's estimated to be completed around the end of 2021 with a price tag of more than $5 million. The addition is expected to create 30 new jobs.

Hanna said the primer operation will bring in house an important component of ammunition manufacturing and make Sig Sauer even more attractive to its military customers as a bonafide and independent source for ammo. He said the company is considering further Arkansas expansion and is considering the use of Jacksonville as a primary location for distribution for other products, including firearms.

"We'd still like a chance to put more stuff in Arkansas," Hanna said. 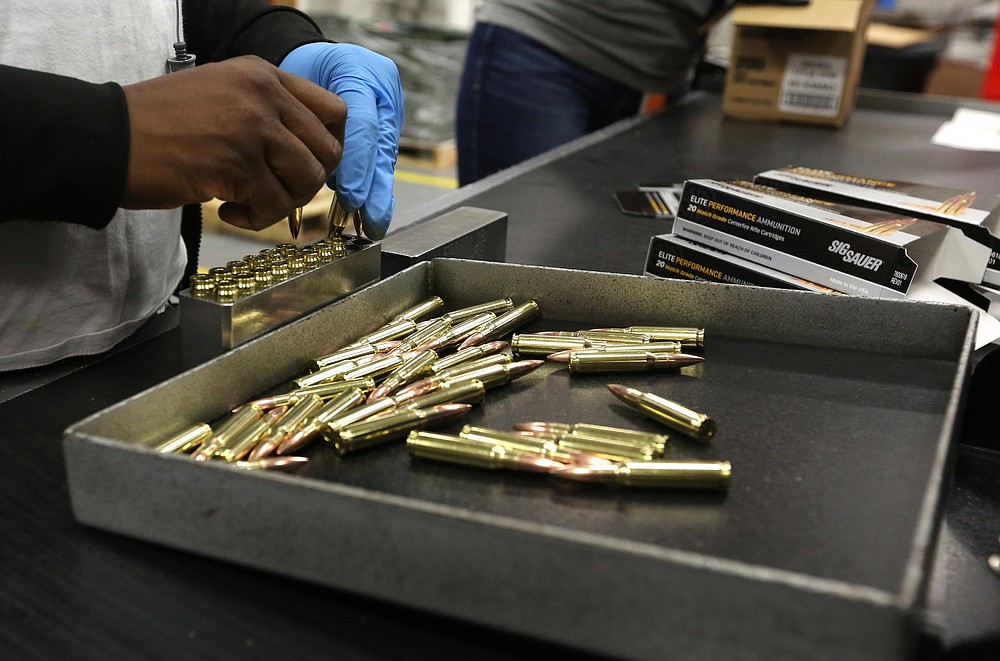