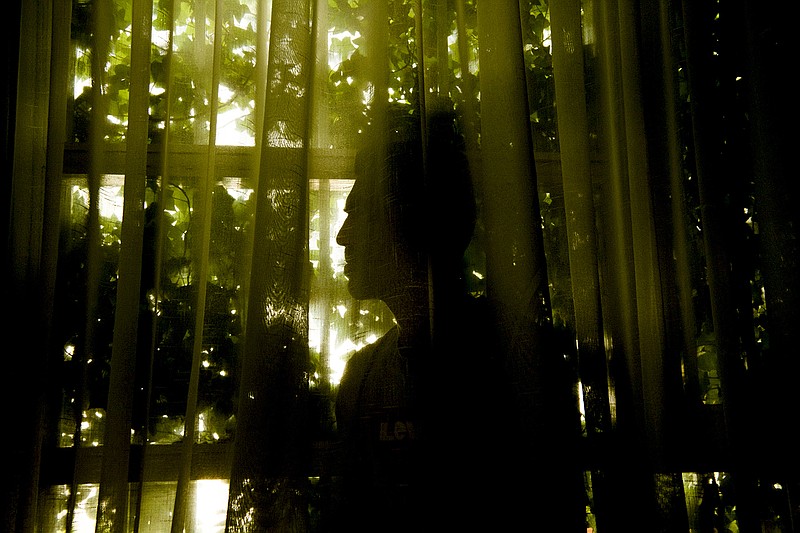 “If the Taliban take over, they’ll easily find me and kill me,” said Waheedullah Rahmani, a former interpreter for the American forces in Kabul, who has been waiting since 2015 for a visa. (The New York Times/Kiana Hayeri)

WASHINGTON -- As President Joe Biden's September deadline for ending the war in Afghanistan approaches, a bipartisan coalition in Congress is stepping up efforts to ensure that Afghans who face retribution there for working alongside U.S. troops and personnel are able to immigrate to the United States.

The group of Republicans and Democrats, many of them military members or veterans who have worked with translators, drivers and fixers in Afghanistan and other combat zones, is racing to put in place legislation to help the "Afghan allies," as they are often called, before U.S. troops go home, leaving those allies unprotected against revenge attacks by the Taliban. The lawmakers want to make it easier for the Afghans to qualify for special visas, to expedite the process of obtaining one and to get them out of Afghanistan as soon as possible while they await authorization to live legally in the United States.

More than 18,000 Afghans who have worked as interpreters, drivers, engineers, security guards and embassy clerks for the United States during the war are stuck in a bureaucratic morass after applying for Special Immigrant Visas -- available to people who face threats because of work for the U.S. government -- with some waiting as long as six or seven years for their applications to be processed.

The number of backlogged cases doesn't count family members, an additional 53,000 people, or the anticipated surge in applications as U.S. troops withdraw.

"We're frustrated here as lawmakers, especially those of us who served and want to help the people who helped us," said Rep. Brad Wenstrup, R-Ohio, a colonel in the Army Reserve who worked with Iraqi translators when he served in Iraq as a combat surgeon in 2005 and 2006.

In recent weeks, Wenstrup said he had been thinking of the Iraqis he served with -- guys who liked to sell art and bootleg movies at the Army base -- including two who were killed in surprise attacks near Abu Ghraib, and a third who was ultimately able to get his visa, and is now U.S. citizen and successful cardiologist in Ohio.

"They become your brothers and sisters," he said.

Wenstrup is part of the Honoring Our Promises Working Group -- made up of 10 Democrats and six Republicans -- that spearheaded legislation introduced Thursday that would expedite Special Immigrant Visas from Afghanistan and expand the number available to 19,000, from 11,000. The group is also lobbying the Biden administration in an improbable bid to arrange for a mass evacuation of Afghan applicants, perhaps to the U.S. territory Guam, while the visas can be processed.

The bill would expand the universe of eligible Afghans by removing what its proponents call "burdensome" application requirements, including a "credible sworn statement" of a specific threat and proof of a "sensitive and trusted" job. Instead, the measure would in effect stipulate that any Afghan who helped the U.S. government by definition faced retribution, and should be able to apply for a visa.

"It's become very clear to us we had very little time left to help those in Afghanistan," said Rep. Jason Crow, D-Colo., the sponsor of the bill and a former Army Ranger who served in Iraq and Afghanistan. "I have pretty grave concerns."

While Biden set September as the withdrawal date, military officials have since indicated that the timetable has accelerated, with U.S. troops and NATO allies planning to leave by mid-July.

Rep. Michael Waltz, R-Fla., a former Green Beret who still serves as a colonel in the Army National Guard, said Biden had little time to address the situation.

"If he does not act and does not get these people out, blood will be on his hands and his administration's hands," Waltz said.

The nonprofit organization No One Left Behind has tracked the killings of more than 300 translators or their family members since 2014, many of whom died while waiting for their visas to be processed, according to James Miervaldis, the group's chair and an Army Reserve noncommissioned officer.

In a survey conducted by the organization, more than 90% of the 464 Afghan allies asked said they had received at least one death threat because of their work with Americans.

"They are all universally terrified," Miervaldis said.

He noted that the average time an Afghan applicant waited for a Special Immigrant Visa to process was 3.5 years.

"We have people waiting six years, people waiting seven years," he said. "There's literally no congressional opposition, and it's frustrating how slow progress is coming."

A large-scale evacuation would be a logistical challenge, akin to moving a small city. To date, the Biden administration has resisted such calls, and the prospect appears highly unlikely. In a recent interview on CNN, Antony Blinken, the secretary of state, called evacuation "the wrong word," and argued instead for improving the functioning of the visa program.

He said the Biden administration had recently added 50 staff members to expedite the process.

"We're determined to make good on our obligation to those who helped us, who put their lives on the line," Blinken said. "We have put in significant resources into making sure that program can work fast and can work effectively."

But pressure is building to do more. Earlier this month, The New York Times published interviews with Afghan interpreters who said they feared for their lives as they waited for their applications to be processed.

"If the Taliban take over, they'll easily find me and kill me," said Waheedullah Rahmani, 27, who has been waiting since 2015 for a visa decision. "Then my wife will have no husband and my daughter will have no father."

To varying degrees, the Special Immigrant Visa has been plagued by chronic delays and logjams for more than a decade. Crow said the problem had been made worse by former President Donald Trump, who Crow said had starved the program of resources and staff, and then the coronavirus pandemic, which shut down in-person interviews and vetting.

Crow and Wenstrup have introduced a variety of measures aimed at speeding up the process. A separate bill they wrote would waive the requirement for Afghan Special Immigrant Visa applicants to undergo medical examinations. There is only one clinic in the country that does the examinations -- a German facility in Kabul -- requiring some translators to travel far through sometimes dangerous conditions. And the exams are quite expensive, Crow said.

Reps. Adam Kinzinger, R-Ill., and Earl Blumenauer, D-Ore., have introduced yet another measure to expand the number of visas available by 4,000. To date, about 15,000 visas have been approved since the program began, but only about 11,000 are still available -- a number the lawmakers say falls far short of the need.

"It has been mind-numbing: the foot-dragging, the lack of coordination," Blumenauer said. "It's been incredibly frustrating. As a country, we have not fulfilled our responsibilities."

They have found support in the other chamber from Sen. Joni Ernst, R-Iowa, a lieutenant colonel in the Army National Guard, and Sen. Jeanne Shaheen, D-N.H. They have written to the Biden administration calling for an expansion of the program by 20,000 visas and a resolution of the bureaucratic issues causing the backlog.

"We are deeply concerned about the fate of these individuals after the departure of U.S. troops," the senators wrote in a letter signed by 18 of their colleagues. "While this would be an increase over previous years, it is necessary to do all that we can in support of the program while the U.S. has the in-country capacity to do so."

Shaheen recently introduced legislation that would extend and modify the Afghan Special Immigrant Visa Program, postpone medical exams and extend visas for the spouses and children of allies who were killed while awaiting processing of their visas.

"Leaders of both parties have indicated support," Crow said. "I expect we will get expedited treatment of these bills."

The bills have attracted dozens of co-sponsors, and lawmakers in both parties have in the past strongly supported the visa program. In December as part of a huge catchall spending bill, Congress raised the total cap for the visa program by 4,000, to 26,500.

Several nonprofit groups and refugee advocates are pressing the Biden administration to do more.

About 70 organizations recently wrote a letter to Biden urging his administration to "immediately implement plans to evacuate vulnerable U.S.-affiliated Afghans."

Krish O'Mara Vignarajah, president of the Lutheran Immigration and Refugee Service, which organized the campaign, points to precedent in making the case, referencing the Ford administration's 1975 evacuation of 130,000 Vietnamese refugees to the United States via Guam; the 1996 airlift of 6,600 Iraqi Kurds out of the country; and, in 1999, the evacuation of 20,000 Kosovar Albanians to Fort Dix, N.J.

"We made a promise to them that we would not turn our backs on them and we would not leave them behind," Vignarajah said.

Abdul Wahid Forozan, 34, was a translator for the U.S. military in Afghanistan, traveled to America three years ago via the visa program and is now married, a father and working as a concierge in College Park.

In an interview, he described the decision to leave Afghanistan as difficult and painful, but he said it was his only option given the death threats he faced.