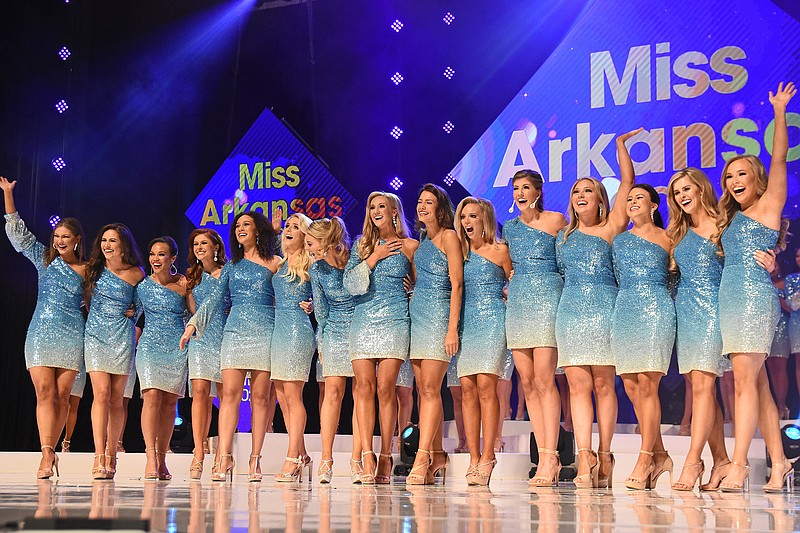 The top 15 finalists of the Miss Arkansas 2021 pageant gather onstage Saturday night at Robinson Center in Little Rock after they were announced. More photos at arkansasonline.com/620missar/. (Arkansas Democrat-Gazette/Staci Vandagriff)

Whitney Williams, a 23-year-old Conway native whose experience with dyslexia inspired her to promote the arts, was crowned Miss Arkansas 2021 on Saturday night in Little Rock.

The other 50 women who had vied for the title surrounded Williams onstage in the Robinson Performance Hall to congratulate her as confetti fell around them.

Williams said the shock of her victory took several minutes to sink in, but "I knew I had it in me."

Williams' social impact statement, the cause she will promote as Miss Arkansas, is "Heart for the Arts." She said the arts helped her overcome her struggles with dyslexia.

She was crowned Miss University of Arkansas 2020 in October 2019. Earlier that year, she finished in the top five at the 2019 Miss Arkansas competition.

The 2020 Miss Arkansas competition was postponed a year because of the covid-19 pandemic. The maximum age for candidates is 24, but the would-be 2020 candidates received an extra year of eligibility, Miss Arkansas publicity director Toni Lindsey said.

Williams said she appreciated the extra time to prepare for the competition.

"It was truly incredible to have more opportunities to travel the state," she said. "I've traveled to 15 different counties and I've shared my heart for the arts, and I'm excited to do that for my year as Miss Arkansas."

The final 15 candidates, revealed at the start of Saturday's event, were judged on a talent, their answers to questions onstage and an evening wear portion where they each shared a social impact statement on a cause they would promote if crowned the winner.

A member of the audience asked Williams what trait or skill her generation should do better, and she said the use of social media is an issue of concern for her.

"I think we need to make sure that we're using it in a positive light, to empower others, and we don't need to continue to bully others," she said.

[Video not showing up above? Click here to watch » https://www.youtube.com/watch?v=JObMekXUS7Y]

She told the Arkansas Democrat-Gazette that it took a lot of effort to overcome her anxiety about the question portion of the contest.

"I still have a little bit [of anxiety], but I am confidently Whitney and authentic, and I think that definitely came across to the judges."

Williams' talent was a baton twirling routine to a remix of "Conga" by Gloria Estefan, for which she received one of the most enthusiastic ovations from the audience during the 15 talent performances. She became the first Miss Arkansas to perform baton twirling as her talent.

As the winner, Williams receives a $30,000 scholarship. Each of the 44 contestants received $400. This year's competition awarded $274,000 in scholarship money overall, the result of two years of fundraising, said host Chris Kane, a KATV anchor.

Williams also received $3,000 for the best preliminary talent performance and $2,500 for the private interview portion of the competition earlier in the week.

The scholarship money Williams received will completely pay for both her bachelor's degree in speech pathology, which she completed this year, and her master's degree at the University of Arkansas, she said.

The first runner-up was Ebony Mitchell of Harrison, who was Williams' roommate during the week of the pageant.

"When it came down to myself and Ebony, I knew she would be an incredible Miss Arkansas, so I was just happy with whatever God had in store for me," Williams said.

Williams will compete for the Miss America title in December. Three Miss Arkansas winners have won the national crown, most recently in 2016 when Savvy Shields Wolfe won the title. 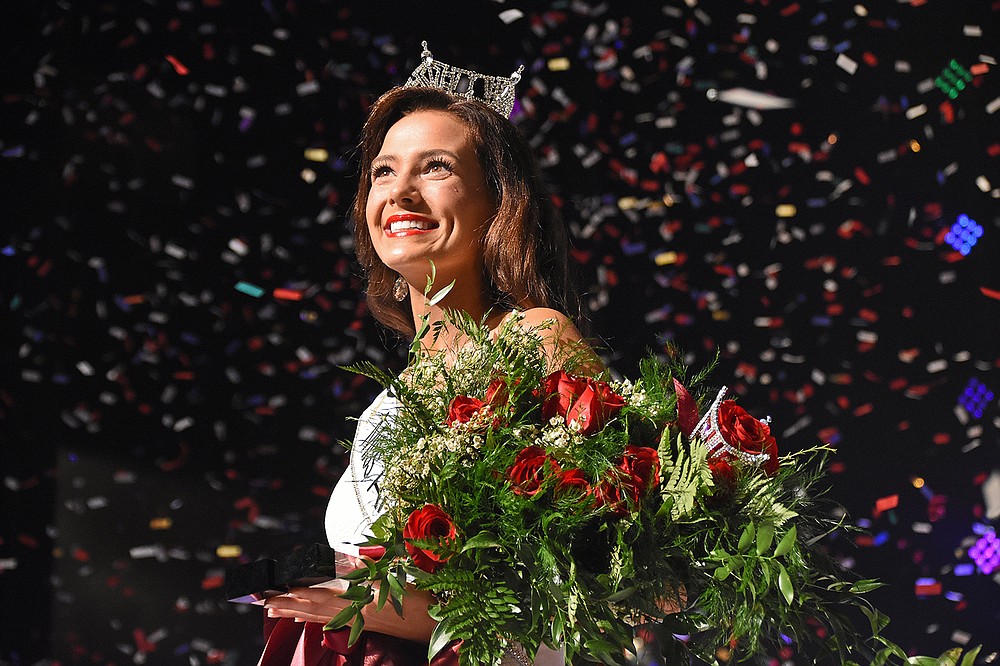