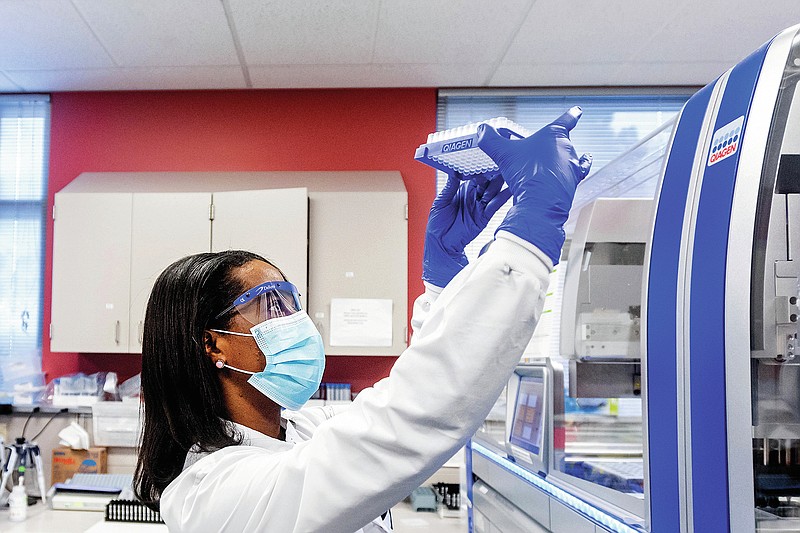 FILE - In this Wednesday, Feb. 3, 2021, file photo, a clinical lab scientist processes upper respiratory samples from patients suspected of having COVID-19 at a laboratory in Palo Alto, Calif. On Friday, June 18, 2021, The Associated Press reported on stories circulating online incorrectly asserting the new COVID-19 variants were named after brain wave frequencies. Both virus variants and brain wave frequencies are named using letters from the Greek alphabet. But the names have no connection. (AP Photo/Noah Berger, File)

Editor's note: This is a roundup of some of the most popular but completely untrue stories and visuals of the week. None of these are legit, even though they were shared widely on social media. The Associated Press checked them out. Here are the facts:

THE FACTS: Both virus variants and brain wave frequencies are named using letters from the Greek alphabet. But the names have no connection. As news about the delta covid-19 variant made headlines, posts online began falsely claiming that the new variants were being named after brain waves or frequencies. Some posts falsely claimed this connection had to do with a secret conspiracy to control humans through technology. For example, posts suggested that one covid-19 variant was named delta because it largely impacts children, and they claimed that delta is a brain wave specific to children. But delta waves are actually more closely associated with deep sleep. "Sleep is critical for development so in a contorted way you could say kids have more delta waves," said David McCormick, professor of biology and director of the Institute of Neuroscience at the University of Oregon. The brain has billions of neurons that are all oscillating or generating brief signals, which are also known as brain waves. The first brain wave that was discovered was the alpha rhythm, which is the rhythm prominent in the visual cortex when you close your eyes, McCormick said. The delta covid-19 variant was first discovered in India and is known for being more transmissible than other variants. But the variant did not get its name as part of a plot to control brains. The delta variant was named after the World Health Organization announced in May it would change its system for labeling covid-19 variants. The Greek alphabet is often used for naming purposes in math and science, not just for brain waves. Before the change, covid-19 variants were referred to by the location where they were found along with complex alphanumeric identifiers that have to do with how a given variant has descended from those that came before. For example, a variant found in South Africa was known as the South Africa variant, or B.1.351. In order to get away from naming variants after their locations, which WHO said was "stigmatizing and discriminatory," the system was changed, and the Greek alphabet was selected as the source for labeling. The variants would now be publicly known as alpha (B.1.7), beta (B.1.351), gamma (P.1) and delta (B.1.617.2).

CLAIM: The malaria drug hydroxychloroquine, when used with the antibiotic azithromycin, can improve survival by nearly 200% when given to covid-19 patients on ventilators.

THE FACTS: Experts say the small study that this claim is based on proves nothing, and that enough evidence now exists from well-run studies to indicate that hydroxychloroquine is not effective for treating covid-19. The study in question is being misrepresented online to falsely suggest that top health officials were wrong when they found that hydroxychloroquine, a drug used to treat malaria, had no benefit as a covid-19 treatment. The observational study, which has not been vetted by independent scientists, gained attention on social media after it was posted on May 31 to Medrxiv, a website that displays medical papers that have not been published. Posts online, many from supporters of former President Donald Trump, claimed the study shows that health officials and media were wrong to discount the benefits of hydroxychloroquine against covid-19, which Trump had championed. Several health professionals told The Associated Press that using the new study to tout the benefits of hydroxychloroquine is misleading. "This is a very small study from a single hospital that was observational only," said Dr. Jaimie Meyer, infectious disease physician at Yale School of Medicine. "The answer to covid is vaccination, not hydroxychloroquine." Randomized double-blind studies are the gold standard in medical research. In such studies, patients are not told whether they are receiving the drug being tested or a placebo. They allow for even distribution across groups and take into account potential differences among subjects that researchers may not have anticipated. In an observational study, like the one being touted in the false posts, researchers simply observe patients without randomizing who gets what treatment. These studies are susceptible to bias and cannot prove cause and effect, Meyer said. The study cited in the false posts examined 255 covid-19 patients on ventilators starting on May 1, 2020. It was conducted by the Smith Center for Infectious Diseases & Urban Health in East Orange, New Jersey, which is run by Dr. Stephen M. Smith, an early proponent of hydroxychloroquine to treat covid-19. The study offers no information on how it was funded and the center did not respond to an AP request for comment. The study itself notes that it should not be used to guide clinical practice. Hydroxychloroquine has since been tested on thousands of covid-19 patients. Data from randomized studies has shown the drug is not effective for treating the disease -- alone or with other drugs like azithromycin. These included major studies published in The New England Journal of Medicine and The Journal of the American Medical Association.

CLAIM: Photos show a boy who, at 11 years old, hacked the computer system of a Swiss bank and transferred $75 billion to his father's account.

THE FACTS: The caption on the photos is incorrect. An AP photo dated May 20, 2009, matches one of the images in the post. Its caption explained the handcuffed suspect, who was 14 at the time, was appearing in court in Caldwell, Idaho, on a charge of first degree murder for killing his father. He was charged as an adult. Photos shared more than a thousand times on Facebook on Tuesday showed the boy in a courtroom in a yellow jumpsuit and handcuffs. "At 11, he hacked the computer system of a Swiss bank and transferred $ 75 billion to his father's account," said a caption with the post. Commenters on the post reacted to the false claim, calling him a "genius" who should be recruited by NASA. However, a reverse-image search reveals the boy was in court for allegedly killing his father, not stealing from a bank. According to the AP and the Idaho Press-Tribune, the boy pleaded guilty in 2010 to a reduced charge of voluntary manslaughter after testifying that his father had sexually abused him. Five years into a seven-year sentence, a judge determined him fit to be released to probation, allowing him back into society in August 2014.

CLAIM: The FBI headquarters building in Washington is completely closed, empty and walled off.

THE FACTS: A video spreading the false claim shows the back of the building rather than the main entrance, which was open and fully operational this week, according to a statement from the FBI. The 30-second video, posted Monday on the encrypted messaging app Telegram, shows a view of the FBI headquarters, also known as the J. Edgar Hoover Building, from E Street NW in Washington. A narrator identifies the date as June 14, then claims the building is "completely closed." "No one's in there," the narrator says. "In fact, it's even walled off. You can't even get inside." The bogus claim spread to Facebook, Twitter, Instagram, Reddit and other platforms, with users speculating that the federal government is shutting down buildings in preparation for some kind of large-scale event or attack. There's no evidence this is the case. "The FBI Headquarters building at 935 Pennsylvania Avenue NW is open and fully operational, as are all of our field offices," the FBI said in an emailed statement. An AP reporter who works near the building confirmed that people have been entering and leaving the building all week, including on Monday, when the video was filmed. The main entrance to the building is located along Pennsylvania Avenue, not E Street NW, where the video was filmed.

CLAIM: Video shows a television interview with Lucas Armitage, an 8-year-old boy who used his dad's gun to shoot a burglar several times and then laughed so loudly it woke his dad.

THE FACTS: A video purporting to show a daytime talk show interview with a child who laughed after shooting a burglar to death was being shared as real on social media on Monday, despite the fact that it originated as satire. The video, produced by The Onion, a satirical website, appeared to show two eager television hosts interviewing an 8-year-old boy and his father, with a logo reading "Today Now" in the corner. Text on the screen read, "MORNING INSPIRATION: Hero Eight-Year-Old Uses Dad's Gun to Stop Burglar." The two hosts and the boy's father egged him on as he described using his father's gun to shoot a burglar several times, including shooting off "each one of his fingers" until he stopped screaming. The hosts asked the father if the burglar's screaming woke him. "Actually, it was Lucas laughing that woke me up," the father said. The Onion created the video for its parody morning news show called "Today Now." 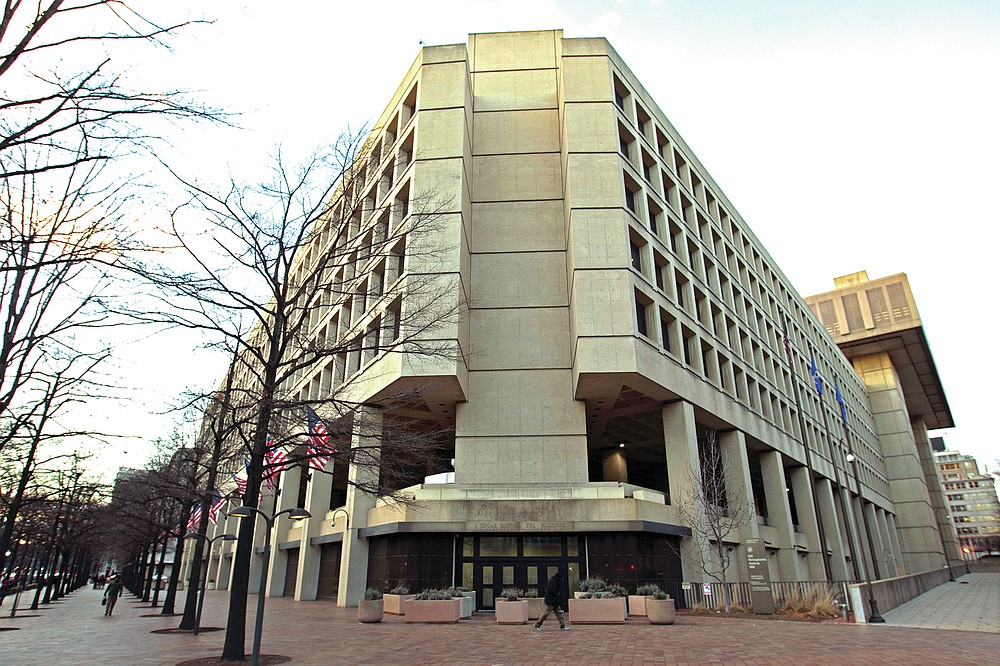 This Friday, Feb. 2, 2018 file photo shows the Federal Bureau of Investigation building in Washington. On Friday, June 18, 2021, The Associated Press reported on a video circulating online incorrectly asserting the FBI headquarters building in Washington is completely closed, empty and walled off. A video spreading the false claim shows the back of the building rather than the main entrance, which was open and fully operational this week, according to a statement from the FBI and the observations of an AP reporter based nearby. (AP Photo/Jose Luis Magana, File) 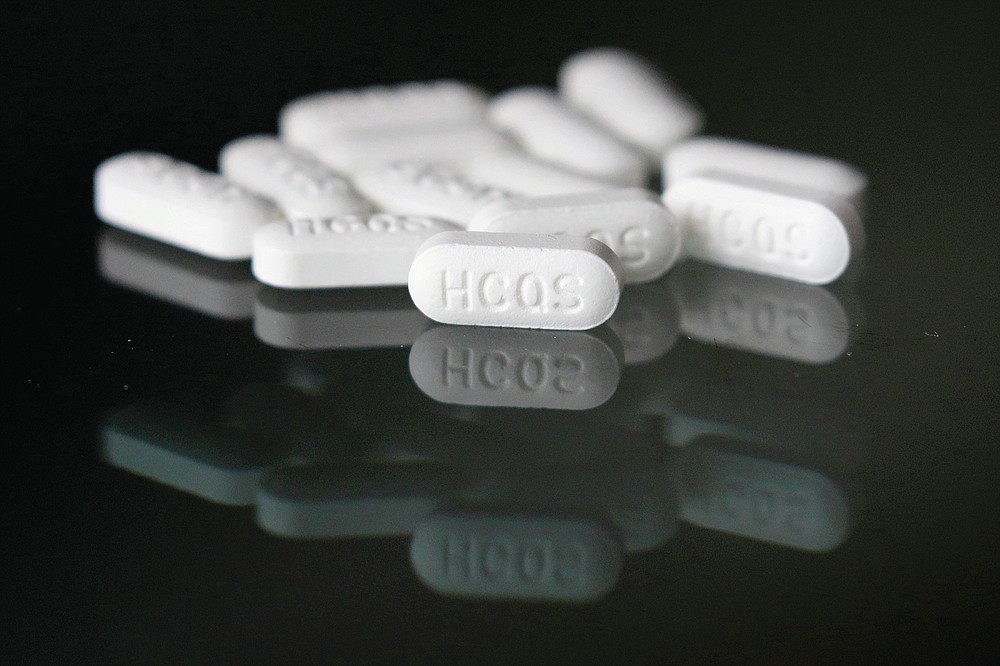 FILE - This Monday, April 6, 2020 file photo shows an arrangement of hydroxychloroquine pills in Las Vegas. On Friday, June 18, 2021, The Associated Press reported on stories circulating online incorrectly asserting the malaria drug hydroxychloroquine, when used with the antibiotic azithromycin, can improve survival by nearly 200% when given to COVID-19 patients on ventilators. Experts say the small study that this claim is based on proves nothing, and that enough evidence now exists from well-run studies to indicate that hydroxychloroquine is not effective for treating COVID-19. (AP Photo/John Locher, File)