Vegas leans on goalie combo to even series 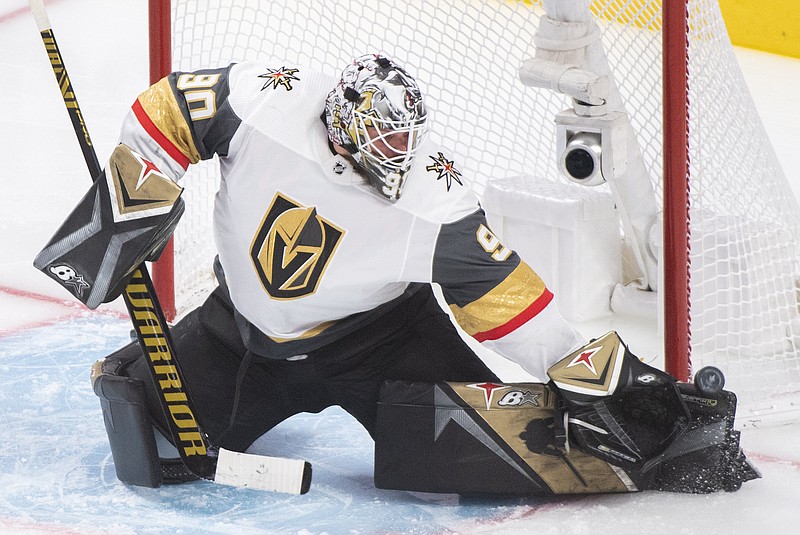 MONTREAL -- Vegas Coach Peter DeBoer can't think of a more challenging position for a player to be in than goalie Robin Lehner having to bide his time backing up Marc-Andre Fleury during a playoff run.

Lehner might not have as accomplished a resume as Fleury, a three-time Stanley Cup champion, but is renowned for his intense nature that feeds off any hint of being doubted. The two goalies have established a bond of respect in being able to put aside their competitive egos for the common good.

"He might have the toughest job in hockey playing behind a legend in `Flower,'" DeBoer said, using Fleury's nickname. "How he's handled that, I think, has earned the respect of everybody in our dressing room. And that's not the stuff that people see. It's genuine. He's a good man and a good teammate. And he played a hell of a game for us."

With a 27-save outing, Lehner played a key role in a 2-1 overtime victory against Montreal to even their Stanley Cup semifinal series at 2. Game 5 is at Vegas tonight.

Lehner came to the rescue when the Golden Knights needed a lift after losing two straight.

He got his second postseason start -- his first was Vegas' 7-1 meltdown against Colorado -- with the 36-year-old Fleury appearing to wear down having played 15 games over 34 days. The fatigue may have contributed to Fleury's late-game flub that allowed Montreal to rally for a 3-2 overtime win last week.

Anything to help, said Lehner. He dismissed questions of whether the game was an opportunity to redeem himself after giving up seven goals on 37 shots against Colorado, and whether his performance moved him ahead of Fleury in the pecking order.

"Everything's so blown out of proportion. I don't care. I couldn't care less," Lehner said with a familiar defiance that has helped him overcome a series of concussions, being diagnosed as being bipolar and a stint in rehab to address issues of depression and alcoholism.

"Flower has been absolutely outstanding. He's the reason we're here," Lehner added. "When you get a chance to come in and help, it's great. You just do what you can for the team whatever position you're in."

The win and Lehner's performance provided DeBoer validation for a decision initially greeted with skepticism.

"I knew he'd be good," the coach said. "The gamble to play [Lehner] having not played a lot lately was no bigger than the gamble of playing a fatigued, in my mind, goalie with no rest really on the horizon."

While giving no indication of who will start tonight, DeBoer emphasized how important Vegas' depth of talent has played this season.

"Our depth is our greatest strength," he said. "Different guys have come in and gotten the job done for us. And we're not going to be afraid to do it in net."

Lehner isn't Vegas' only bit player stepping up this postseason.

Nicolas Roy, elevated to the top-line center role in place of injured Chandler Stephenson, converted his own rebound to score 78 seconds into overtime on Sunday. Brayden McNabb, a healthy scratch six times this postseason, scored to tie the game 9:23 remaining.

The Golden Knights have displayed a knack for overcoming adversity. They've trailed in each series, have now won three times when entering the third period trailing or tied, and overcome an anemic power-play that has gone 0 of 13 in its past six outings, and converted just four of 39 opportunities overall.

Disappointing as losing Game 4 was, forward Brendan Gallagher said the Canadiens have proven they belong.

"Obviously, there's a certain rhetoric about how this series is supposed to go," Gallagher said, referring to the Golden Knights being considered heavy favorites.

"I'm not saying they bought into it or believed it. We definitely didn't," he added. "But there's certain expectations on their side. The longer the series goes, the more the pressure just falls on them." 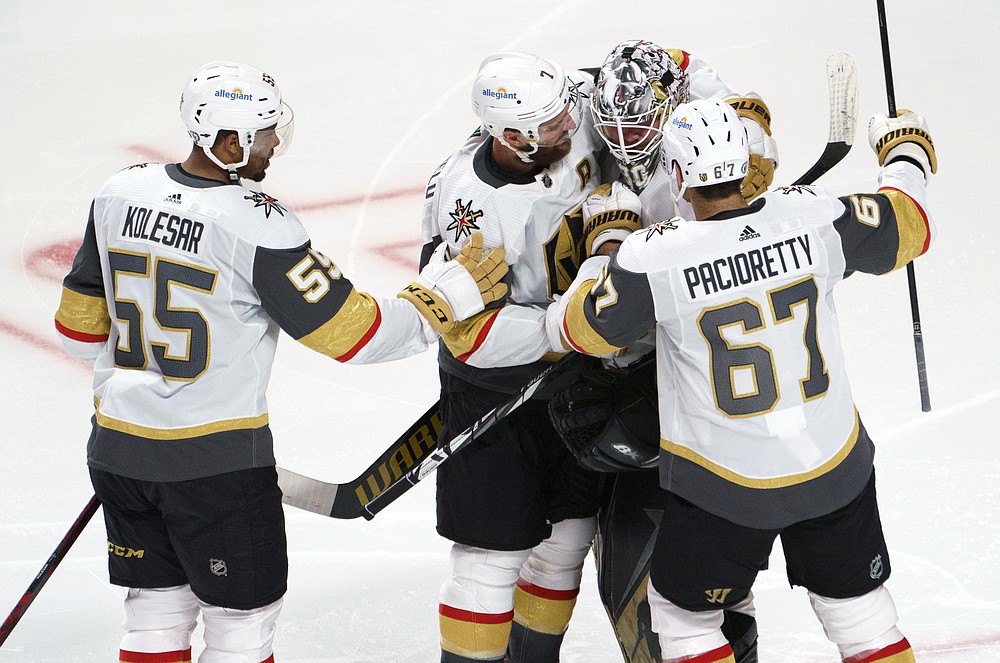 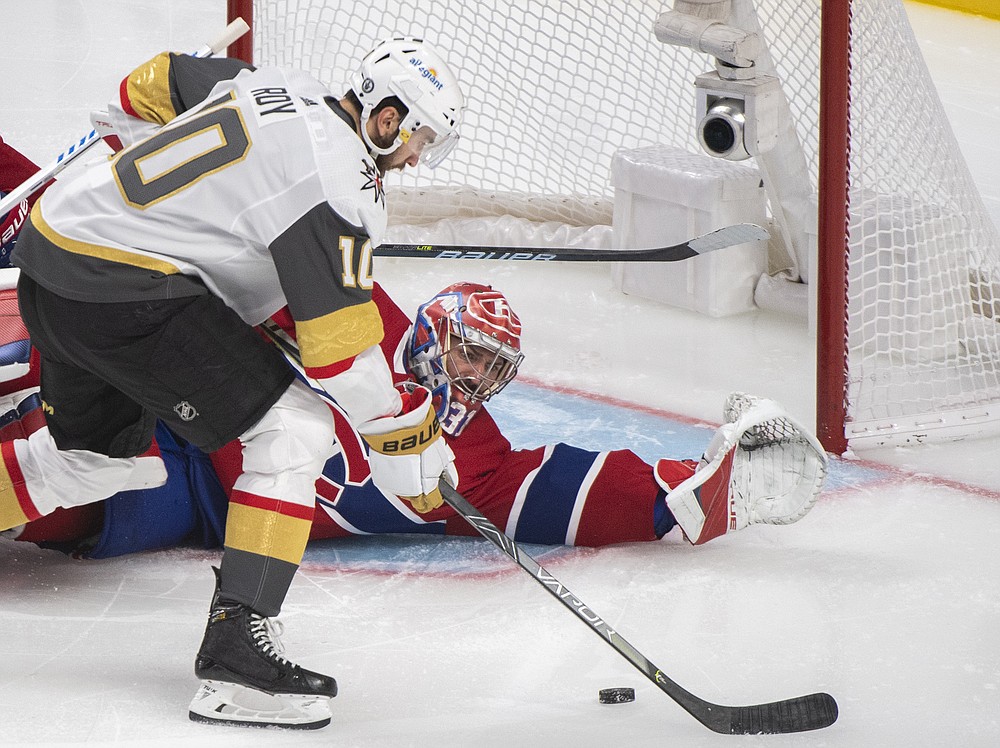 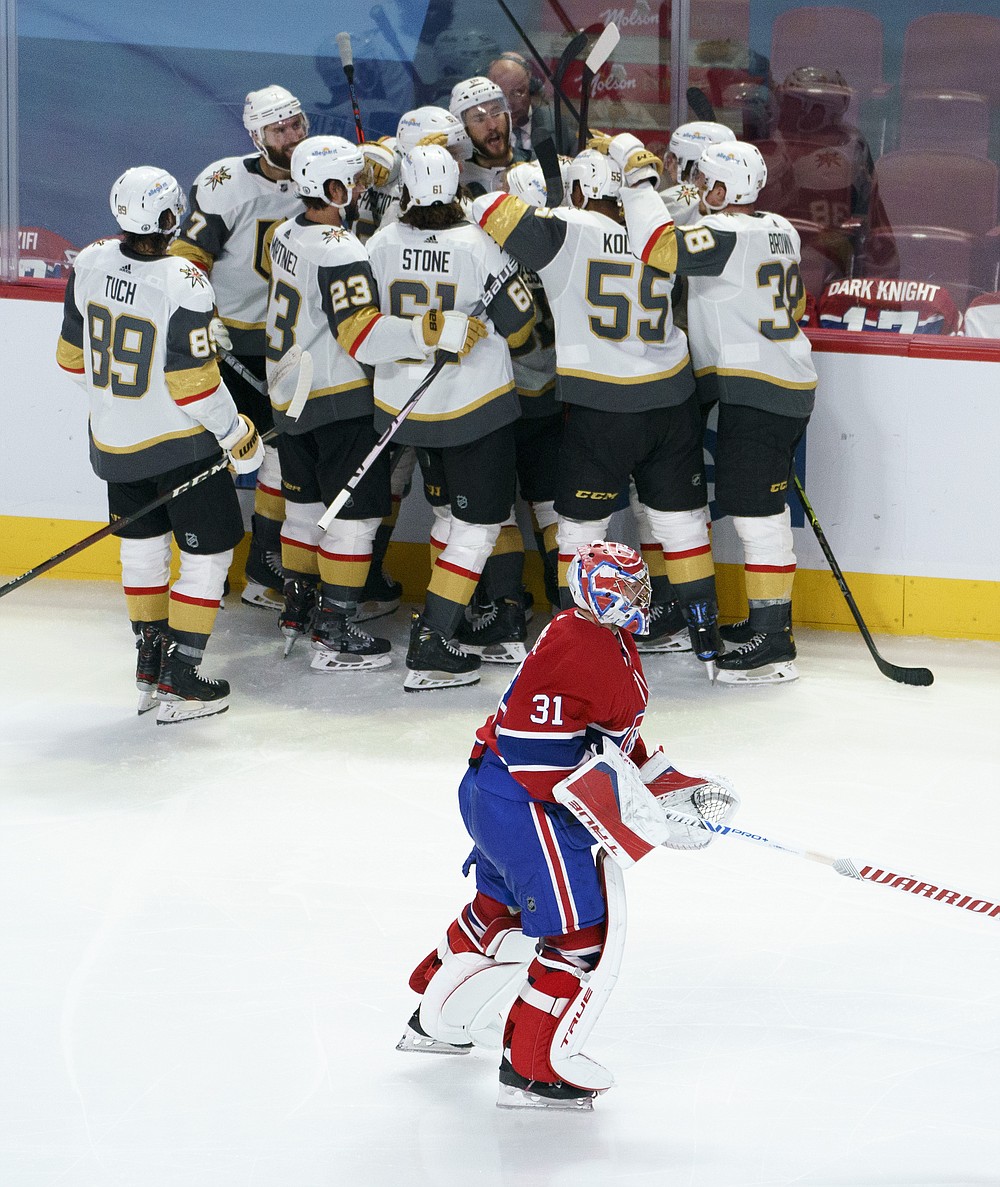 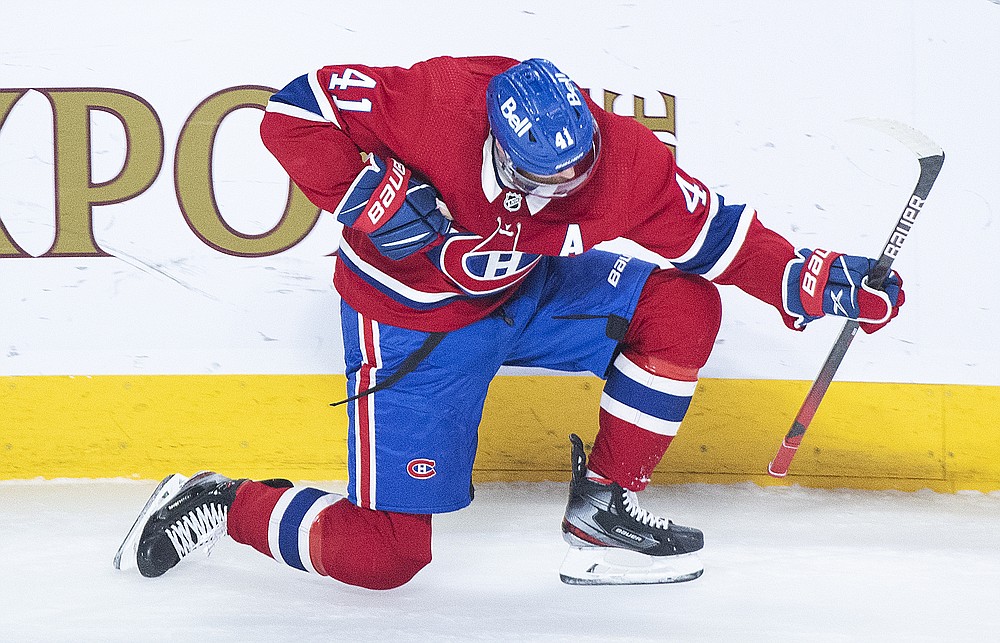 Print Headline: Vegas leans on goalie combo to even series