Arkansas jobless rate stays at 4.4% for May 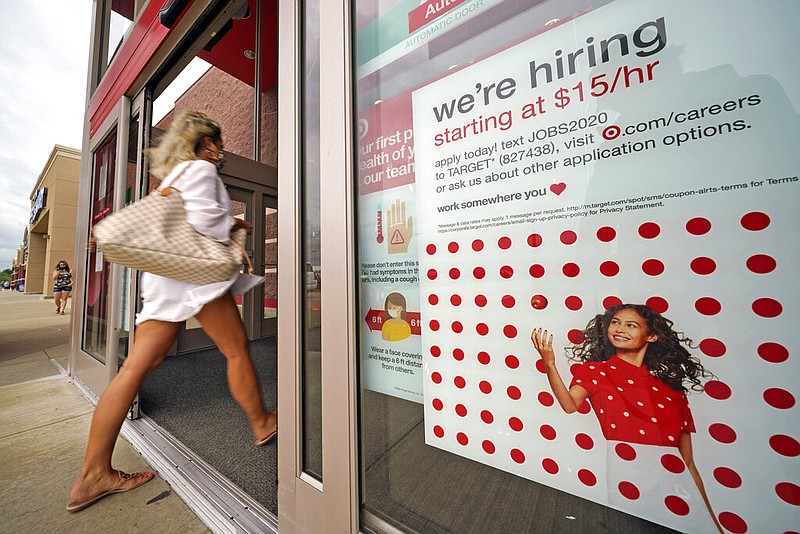 The state's joblessness rate remained unchanged at 4.4% in May, still well below the national unemployment rate of 5.8%, Arkansas officials said Wednesday. Unemployment in Arkansas was 8.5% a year ago as the pandemic strangled the economy.

Ten industry sectors reported growth from April to May, and Arkansas' nonfarm payroll jobs are up 70,500 compared with a year ago, the Arkansas Division of Workforce Services announced.

"We're still making progress toward full employment, it's just much slower than it was a few months back," said Michael Pakko, state economist with the Arkansas Economic Development Institute. "It's a slow slog to get back to full employment, but we're much closer to it than the national average is at this point. It's just a matter of time, I guess."

From April to May this year, nonfarm payroll jobs were up 6,100, led by increases in manufacturing and leisure and hospitality. Both sectors added 2,400 jobs month-to-month.

The number of unemployed Arkansans was down 762 in May, with 59,078 without jobs. In January, 63,536 Arkansans were counted as unemployed.

Compared with a year ago, leisure and hospitality -- the sector hardest hit by the pandemic -- has added 20,300 jobs and manufacturing is up 11,000.

"Some of those jobs are starting to come back and that's a result of the work we've done over the past year to bring new manufacturing to the state," Commerce Secretary Mike Preston said Wednesday.

Increases in manufacturing jobs are a strong sign of economic recovery, according to Pakko.

"The manufacturing part is really a positive indicator because manufacturing, especially durable goods, took quite a hit during the pandemic," he said. "It's good to see that coming back."

The durable goods subsector added 1,000 jobs from April to May.

"That's a strong increase and a sign that people are starting to travel again and getting out to eat in restaurants -- those numbers are picking up," Preston said. "It's a great indicator for our economy heading in the right direction. That's obviously an area that is one of the biggest to grow because it was one of the hardest hit during the pandemic."

A continuing decline in the state's labor pool is holding back growth, Preston said.

"One thing that's still a concern is that we are still seeing our workforce and our labor pool shrink some," Preston said. "We need to get more people back into the workforce because there are jobs available. That's really the only thing holding our economy back from going full scale to where we were."

Recovery is continuing though Pakko noted there is no "magic bullet" that will clear the way for full restoration of the economy. "We're in that difficult period of matching workers and jobs," he said. "The economy is structured differently than it was before."

For example, he noted the retail sector has changed, with less emphasis on clerks and workers in shops and more need for e-commerce jobs. "That's the general explanation for why this is a long, slow process to get to that full-employment level," Pakko added.

In May, job declines were recorded in the construction, professional and business services, and government sectors.

Print Headline: Arkansas jobless rate stays at 4.4% for May