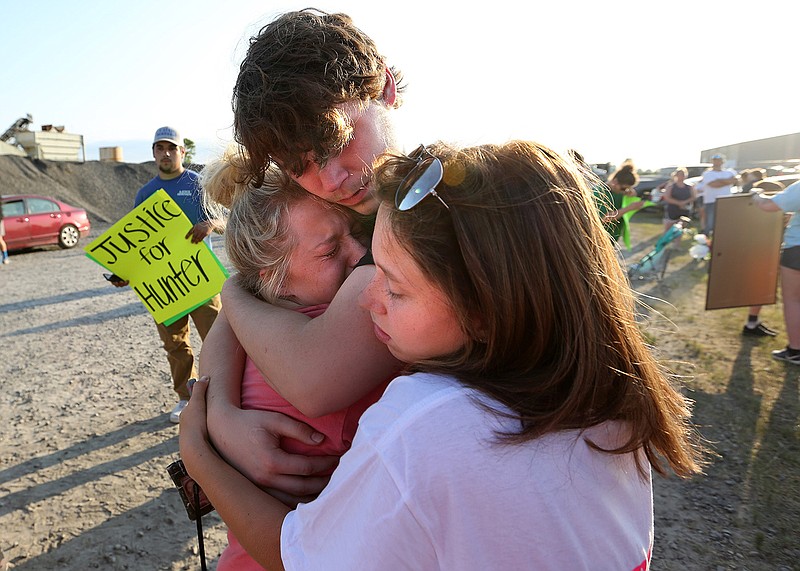 A Lonoke County deputy shot and killed a 17-year-old early Wednesday during a traffic stop near Cabot, authorities said.

Hunter Brittain of McRae was driving a truck on Arkansas 89 just south of Cabot when he was stopped by Sgt. Michael Davis of the Lonoke County sheriff's office. The stop "ended in a shooting incident," according to a news release from the Arkansas State Police, which is investigating.

Brittain was transported to a North Little Rock hospital where he later died, police said.

Authorities released few details about the shooting on Wednesday, and second- and third-hand rumors about the incident abounded on social media and at a demonstration Wednesday evening outside the sheriff's office in Lonoke where members of Brittain's family and some 200 demonstrators addressed Sheriff John Staley.

"The circumstances of the traffic stop and what may have led up to the deputy firing his gun at Brittain will be documented in the investigation," the state police release said.

Davis was placed on administrative leave, pending the investigation's completion. He has been with the agency since 2013.

About 6 p.m., the crowd of protesters demanded answers about Brittain's death, chanting "Justice for Hunter," a phrase that also was displayed on signs and white T-shirts worn by many outside the sheriff's office.

Brittain's uncles, Jesse and Harley Brittain, said their nephew was trying to fix the transmission on his truck at Mahoney's Body Shop near Cabot. At the time of the stop, they said he was test-driving it so he could go to his construction job the next day. Another 17-year-old boy was with Hunter Brittain at the time of the shooting, family members said.

Staley and Chief Deputy Kevin McCoy tried to answer questions in the middle of the crowd Wednesday evening. Davis had been issued a body camera, Staley said, but he declined answer specific questions about the traffic stop or what led to the shooting because of the ongoing investigation.

"Is this horrible? Yes, it's horrible," Staley said.

Some family members and friends of Brittain asked questions, trying to grapple with what happened.

"I got used to having eight siblings. Now I have seven. Do you know how that feels?" asked Charli Brittain, the 17-year-old boy's sister.

The crowd chanted several times "No Justice, No Peace" -- a slogan associated with protests against racial injustice and police brutality.

Harley Brittain said demonstrators planned to return today and possibly Friday, as well. He said they held the event for Hunter Brittain, who was white, but also because of police violence around the nation.

The county's last officer-involved shooting was March 13. Dustin Black, 24, of Beebe was shot and killed outside an Austin residence. The state police agency investigated.

The Lonoke County prosecuting attorney's office determined that Sgt. Anthony Counts with the sheriff's office and Austin police officer Brandon Fawcett were both "fully justified in using deadly force," according to an April 9 letter from Prosecuting Attorney Chuck Graham to the Arkansas State Police. 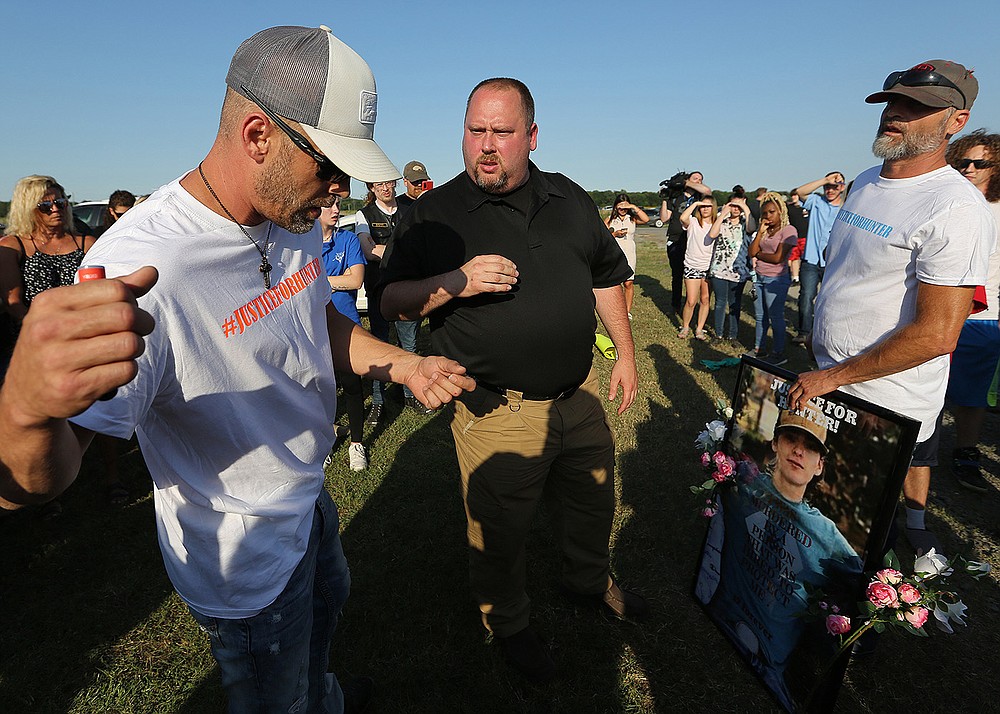