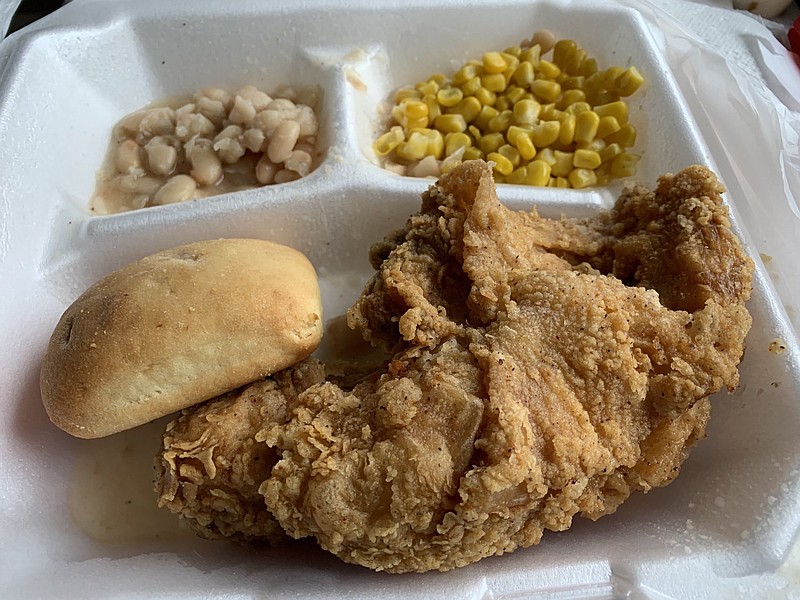 Flenoy is converting his Flint's Just Like Mom's, in the Union Plaza Building, 124 W. Capitol Ave., Little Rock, into Flint's Southern Fried Chicken, on or about July 5. The menu will center on Flenoy's brag-worthy fried chicken, but will include "everything with chicken," including six chicken-centered salads, wraps, sandwiches, pastas, chicken tacos and whatever Flenoy will offer for his daily plate lunch — and yes, that'll sometimes mean chicken and dumplings.

He cites the still-slow pace of downtown workers returning for the change, which means he'll scrap the restaurant's current breakfast; operating hours will be 11 a.m.-7 p.m. weekdays. (501) 502-0100; the Facebook page is facebook.com/FlintsFood. 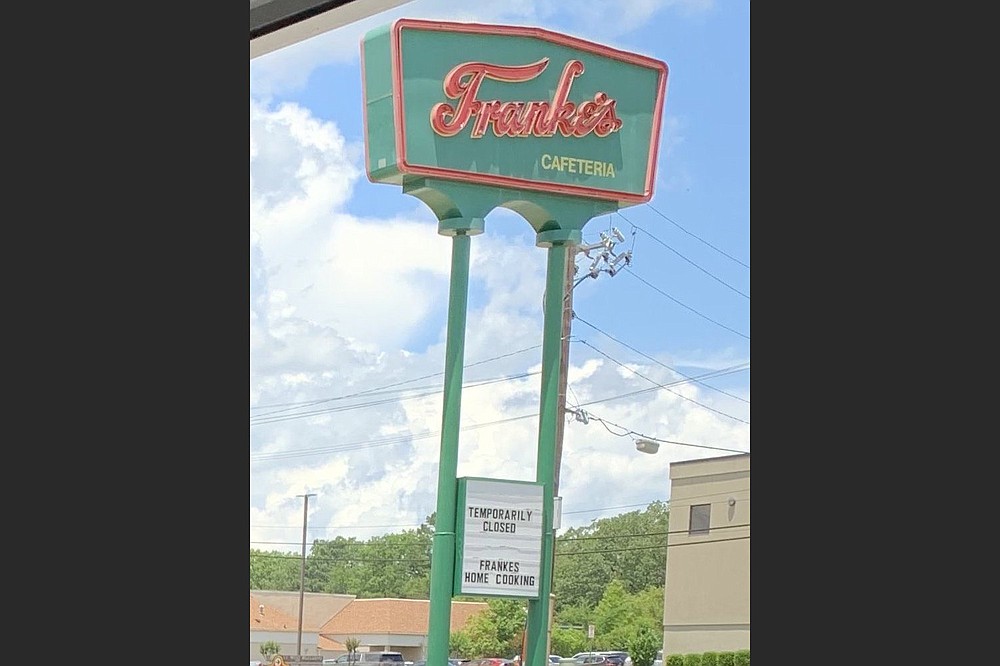 The "temporarily closed" sign at Franke's Cafeteria isn't new — it's been there since at least late May 2020. (Democrat-Gazette file photo/Eric E. Harrison)

Several eagle-eyed readers have spotted work of some kind going on at the defunct Franke's Cafeteria in the Market Place Shopping Center, 11121 N. Rodney Parham Road, Little Rock. And the "for lease" sign that had been on the side of the building since July is now gone. No, we don't know what, if anything, is going in there; we have not seen either a permit from the state Health Department for plumbing work or a construction permit from the Little Rock Planning Commission, the usual indications that there is a restaurant in progress. In any case, though not impossible, it is unlikely that whatever is happening portends the return of Franke's. And for those who hold out hope based on the sign on the Rodney Parham side that says "temporarily closed" — that's been there since at least the end of May 2020.

Baton Rouge-based Raising Cane's Chicken Fingers will open its first Conway restaurant July 20 at 916 E. Oak St., and it is in the process of hiring more than 80 crew members, through July 12. Apply at WorkAtCanes.com; applicants will be contacted to set up an interview at the temporary hiring center at the Comfort Suites, 705 Museum Road, Conway. Operating hours and a phone number are pending. Visit raisingcanes.com.

And the Magnolia Reporter, a Magnolia-based online news site, is reporting that DH Burger Properties of Athens, Texas, whose principals are associated with a group of Whataburger franchises in East Texas, has bought 1.2 acres of land on the U.S. 79 bypass in Magnolia. San Antonio-based Whataburger has two locations in Fayetteville and one each in Rogers, Springdale and Texarkana (but not one in Russellville, where Feltner's Whatta-burger is not connected in any way to the chain). So does that mean the south Arkansas town is, in fact, on the cusp of getting a Whataburger outlet? "We're excited to hear we have so many fans in Magnolia. However, we have no specific plans to share right now," says Whataburger Senior Account Executive Alexandra Ruffo. The Magnolia website also reports that the city has not issued a building permit for the location. We'll keep an eye open.