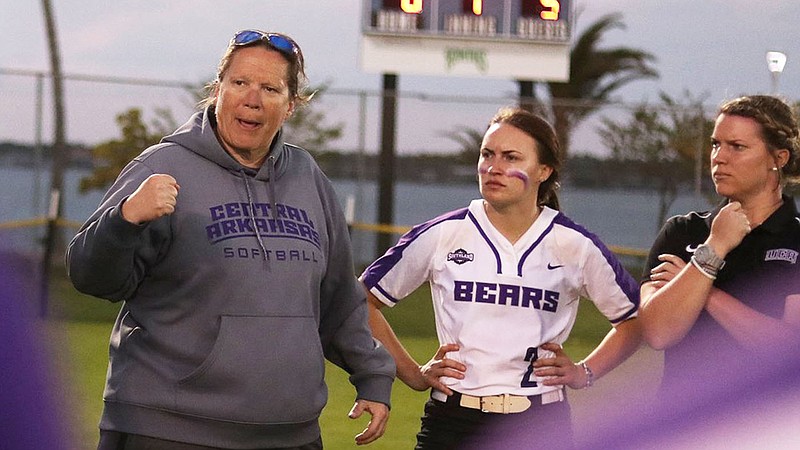 Jenny Parsons left Nicholls State in 2011 in search of a program where she could regain her love for coaching. That same year, University of Central Arkansas softball Coach David Kuhn provided that chance by hiring her.

Now Parsons is set to lead the program where she rediscovered her passion.

UCA announced Wednesday that Kuhn is leaving UCA after 13 seasons to take over the program at Mississippi Gulf Coast Community College. Parsons will take over after guiding UCA's pitchers the past 10 years.

"I was thankful that Coach Kuhn gave me the opportunity to come here and get back to teaching the game," Parsons, who spent eight years leading Nicholls State, said. "I'm ready to be a head coach again."

Kuhn leaves Conway as the program's winningest coach, amassing 380 wins from 2009-21. He arrived two years after the Bears moved into Division I, and they won their first Southland title and made their lone NCAA Tournament appearance in 2015. UCA finished 37-19 and 21-6 in the conference this season before losing in the Southland championship game.

"We want to thank Coach Kuhn for putting our program in a great place," UCA Athletic Director Brad Teague said in a news release. "His consistency in placing our program at an elite level is a testament to his efforts and abilities. We wish him the best and further success in his new endeavor."

Parsons' promotion was the first step in continuity for the program. Assistant coach Chris Watford will remain on staff, and volunteer assistant Kayla Lucas will move into a full-time position. Parsons isn't anticipating a significant shift in the program.

"There won't be much changing," she said. "We're going to be a hardworking team that's going to be talented, disciplined on the field. I think the philosophy will be a lot of the same and hopefully the culture will improve and prosper under my staff."

As a pitcher, Parsons set records at East Carolina from 1991-94 and was inducted into the school's hall of fame in 2016. She began her coaching career with the Pirates, spending seven seasons as an assistant at her alma mater. Parsons led Nicholls State to the Southland Conference championship game in 2008.

Parsons takes over a team that features reigning freshman of the year Jenna Wildeman, 21-game winner Kayla Beaver and a talented crop of underclassmen. She also will lead the Bears during their first season in the Atlantic Sun Conference, which they will join officially June 30.

When UCA made its move to Division I in 2007, Parsons was across the conference at Nicholls State and saw where the Bears stood. She's seen the progress the program has made up close over the past decade under Kuhn, too.

Now she has a vision for the program under her watch.

"I know how far down they were when they left Division II for Division I," Parsons said. "Where we stand now is on the doorstep of being a team that competes for championships and competes in regionals consistently."