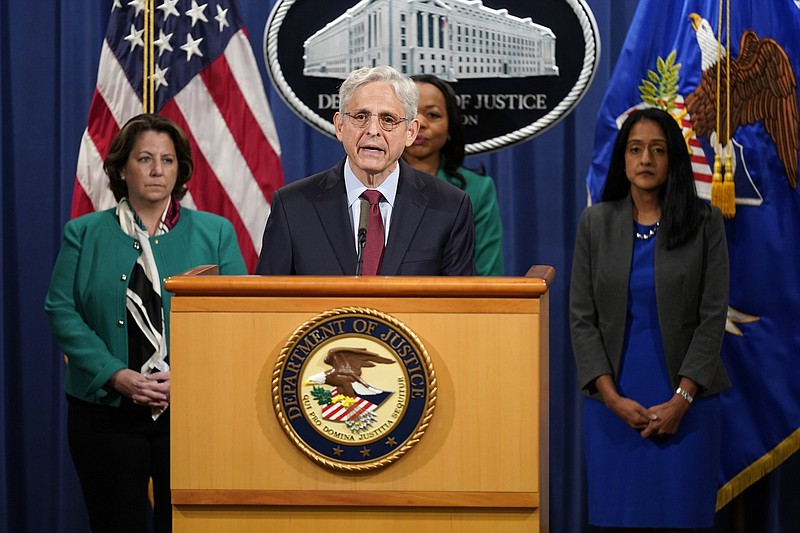 “Where we believe the civil rights of Americans have been violated, we will not hesitate to act,” Attorney General Merrick Garland said Friday in Washington as he announced the lawsuit against Georgia. (AP/Patrick Semansky)

WASHINGTON -- The Justice Department is suing Georgia over its new election law, alleging that Republican lawmakers rushed through a broad overhaul with an intent to deny Black voters equal access to the ballot.

"Where we believe the civil rights of Americans have been violated, we will not hesitate to act," Attorney General Merrick Garland said Friday in announcing the lawsuit.

Republican lawmakers in the state pushed back immediately, pledging a forceful defense of Georgia's law.

The NAACP and civil rights leaders such as Stacey Abrams applauded the step. NAACP President Derrick Johnson said Georgia's law was a "blatant assault on the American people's most fundamental and sacred right, the right to vote."

[Video not showing up above? Click here to watch » https://www.youtube.com/watch?v=TiGpAsH8TWY]

The suit also comes as pressure grows on the Biden administration to respond to GOP-backed laws being pushed in the states this year. A Democrat-led effort to overhaul election laws was blocked this week by Republican senators.

As of mid-May, 22 restrictive laws had passed in at least 14 states, according to the Brennan Center for Justice. Justice Department officials hinted that prosecutors were looking at other voting laws across the United States and warned that the government would not stand by if there were illegal attempts to restrict voter access.

The increased enforcement of voting rights laws also signals that President Joe Biden and Assistant Attorney General Kristen Clarke are making good on a promise to refocus the department around civil rights after a tumultuous four years during the Trump administration.

Georgia's secretary of state, Brad Raffensperger, said he would contest the suit. The Republican official was harshly criticized by then-President Donald Trump and his allies for rebuffing efforts to challenge the outcome of the state's vote in the 2020 election. Raffensperger largely supported the new law and faces a primary challenge from a congressman backed by Trump.

"The Biden Administration has been spreading lies about Georgia's election law for months," Raffensperger said in a statement. "It is no surprise that they would operationalize their lies with the full force of the federal government. I look forward to meeting them, and beating them, in court."

Republican Gov. Brian Kemp called the Justice Department's lawsuit "legally and constitutionally dead wrong" and said the accusations made by prosecutors were baseless.

"Today, the Biden Justice Department launched a politically motivated assault on the rule of law and our democracy," he said at a news conference.

While many of the most controversial aspects of Georgia's new voting law were dropped before it was passed, it is notable in its scope and for newly expansive powers granted to the state.

The bill, known as SB 202, also adds a voter ID requirement for mail ballots, shortens the time period for requesting a mailed ballot and results in fewer ballot drop boxes available in metro Atlanta -- provisions that drew the challenge from the federal government.

"The changes to absentee voting were not made in a vacuum," Clarke said. "These changes come immediately after successful absentee voting in the 2020 election cycle, especially among Black voters. SB 202 seeks to halt and reverse this progress."

The lawsuit also takes aim at a ban on the distribution of food and water by various groups to voters standing in line to cast a ballot. Democrats say the support is needed to encourage voters who find themselves in long lines. Republicans argue the measure is needed to prevent unlawful electioneering at polling places.

In 2020, just two states had ID requirements for voters requesting a mailed ballot. Along with Georgia, lawmakers in Florida have also passed a law requiring additional identification for mail voting.

In Georgia, drop boxes were permitted last year under an emergency rule prompted by the coronavirus pandemic. State Republicans have defended the new law as making boxes a permanent option for voters and requiring all counties to have at least one. But critics say the new limits mean there will be fewer drop boxes available in the state's most populous communities.

For the entire metro Atlanta area, Democrats estimate the number of drop boxes will fall from 94 last year to no more than 23 for future elections based on the new formula of one box per 100,000 registered voters.

Clarke noted that metro Atlanta is home to the largest Black voting-age population in the state.

Information for this article was contributed by Mark Sherman, Kate Brumback and Bill Barrow of The Associated Press. 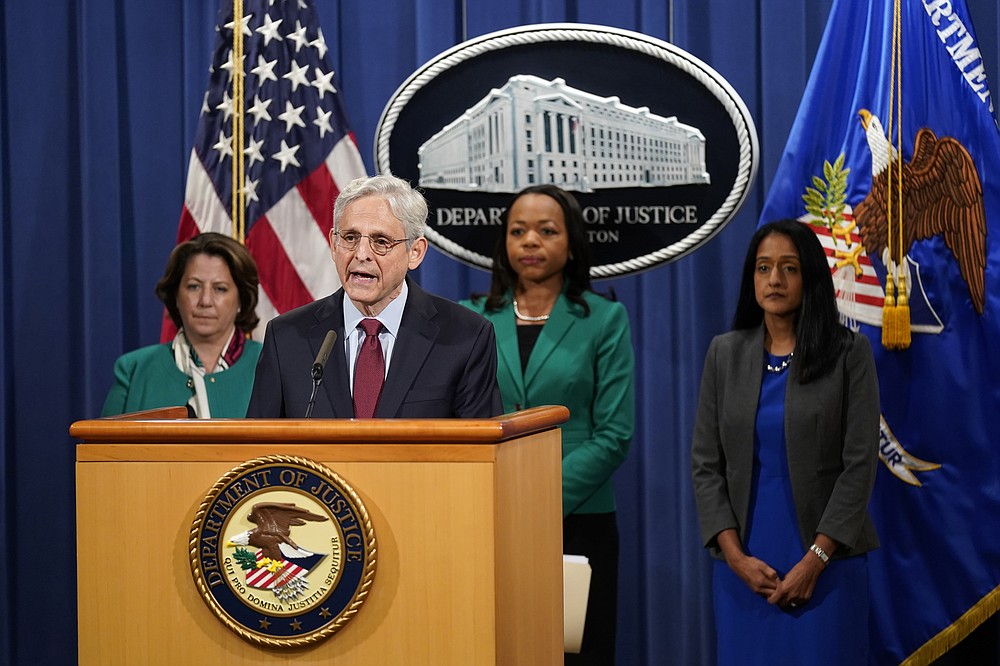 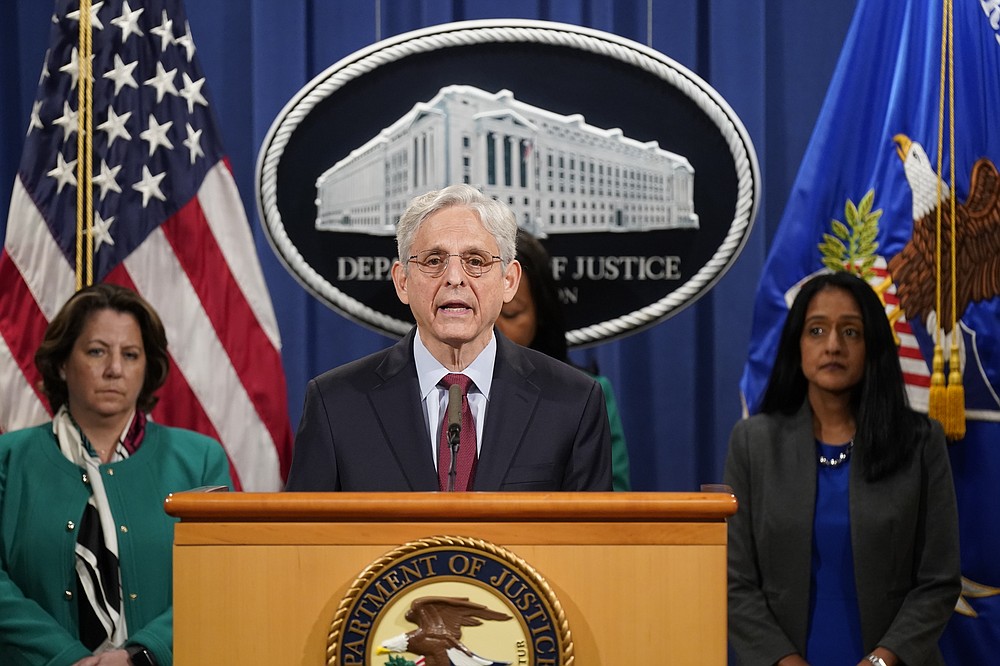 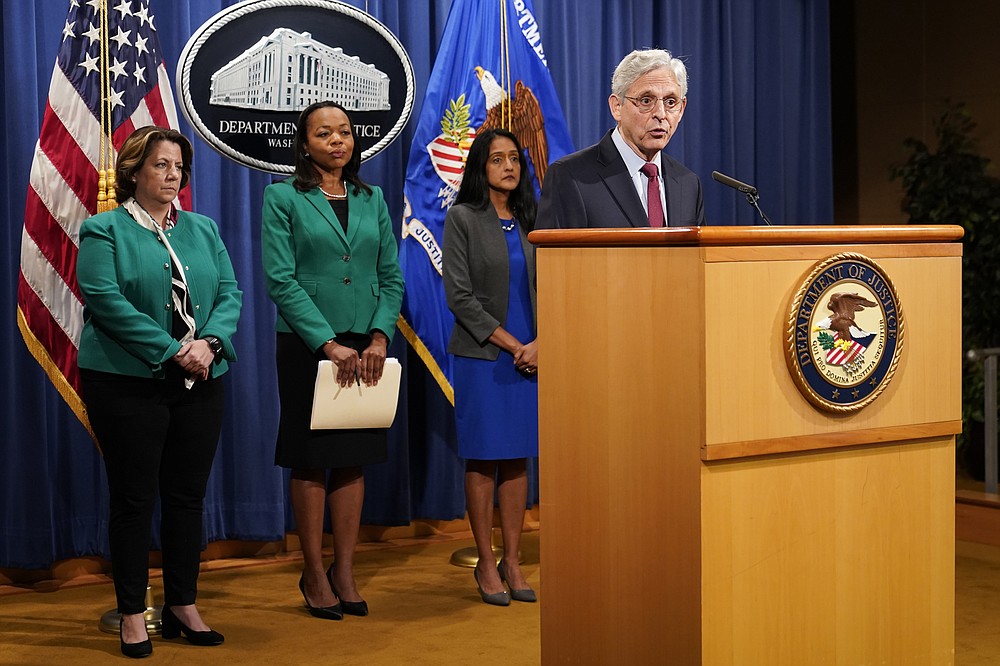 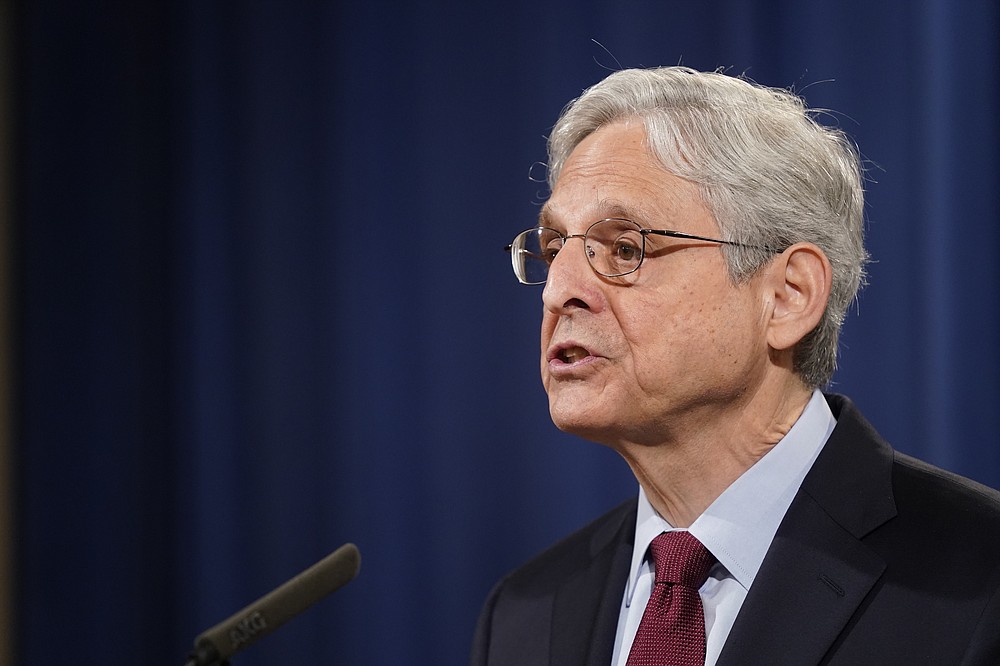