She quit her job to date her first supervisor 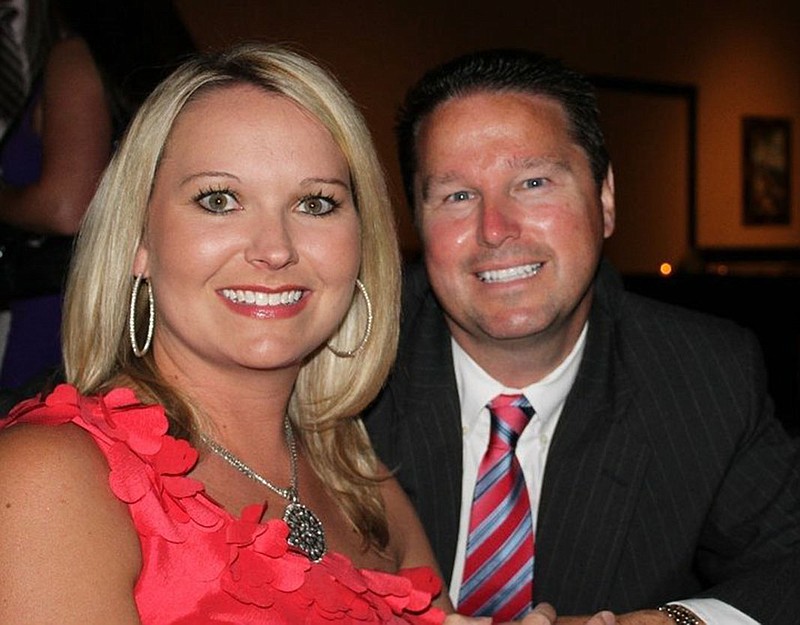 Amy and Ted Mitchell met when she got her first job at Party City, now their family business. He was her supervisor, and she quit her job so they could go on a date. “We truly enjoy being around each other and doing things together even after 20 years,” Amy says. (Special to the Democrat-Gazette)

Amy Glasgow was so nervous about interviewing for her first job that she barely noticed the store's assistant manager, though he would end up being part of her life far longer than the job.

The assistant manager, Ted Mitchell, had helped Amy's mother when she came into the newly-opened Party City in Little Rock in 1994.

"She told me, like all moms do, that she had a beautiful daughter, and she said her daughter would just love to work here," Ted says.

Amy, then a high school junior, got the job, and for the next couple of years she worked evenings after school and on Saturdays.

Ted was funny, she thought, but he also could be serious when he needed to be.

"He was a hard worker. I was really impressed," she says. "I'd never seen anyone work at the speed he would work, whether it was checking people out or stocking the shelves or blowing up balloons."

She knew work came first, but when the pace was slower they could joke around and laugh.

Around the time she graduated from high school, Amy started to realize that she really looked forward to those times when they were caught up on their work and could be silly together.

She and Ted discussed dating, but Ted told her they couldn't go out if he was her supervisor.

"I was like, 'If we're going to be more than friends I will happily quit my job and find another one,'" says Amy, who quickly found a new position at a Hallmark gift shop down the street.

They drove to Hot Springs for dinner at Coy's Steakhouse for their first date, opting to get out of Little Rock so as not to cause a stir if any of their coworkers happened to see them so close to Amy's job change. They went back to Hot Springs often after that to visit Ted's grandmother at her home on Lake Hamilton.

"We rented boats there and we really enjoyed that," Amy says. "We would go over there and visit her and take a boat out, and sometimes my brother would go with us. He really liked hanging out with Ted."

Ted worked every other weekend and he traveled for work during the week, and Amy, of course, was in school during the week and often studying on the weekends.

When they could get away, they took quick trips to Eureka Springs, Tunica or Dallas, often accompanied by Amy's mother or her brother.

"It was like a little family trip," Ted says.

They were serious about their relationship, but they weren't in a hurry to get to the altar.

"He really encouraged me to focus on my studies and on nursing school and he said we didn't need to even talk about marriage until I graduated," she says.

By the time she graduated from nursing school in 2001, Ted had become a partner in owning Party City, then had opened a store in North Little Rock. He later bought three more in Memphis and opened another one in Fayetteville.

"I was gone a couple of days a week," he says. "And she was in nursing school, so we were both pretty busy."

Around Christmas 1999, Amy and Ted drove to Sissy's Log Cabin in Pine Bluff, just to look.

"He wanted to make sure that I got the ring that I wanted," Amy says. "I mean, of course I would have liked any ring he gave me."

Ted didn't have to ask Amy's father for his blessing, although he would have if her father hadn't given it to him of his own volition.

"About a month before I proposed, he came up to me and said, 'I know you and my daughter might get married one day, and I just wanted to let you know you have my permission," Ted says.

A week or so later at a party hosted by Amy's parents, Amy's grandfather scoped out Ted's suitability for Amy by asking, "Son, what do you do to put groceries on the table?" In answering, Ted won his approval, too.

Ted took Amy to Sir Loin's Inn in North Little Rock for Valentine's Day 2000, and it was there that he got down on one knee and asked if she would be his wife.

Amy planned their wedding throughout her last semester of nursing school, alongside three of her closest friends who were getting married around the same time.

"When we weren't studying for tests we were looking through our bridal magazines together," she says.

Amy and Ted exchanged their vows on June 9, 2001, at Trinity Episcopal Cathedral in downtown Little Rock.

They had planned a trip to Turks and Caicos for their 20th anniversary, but decided to delay their travels because of covid-19 quarantine requirements. They opted for a quiet steak dinner to celebrate in the meantime.

"We truly enjoy being around each other and doing things together even after 20 years," Amy says.

She says: “He really didn’t make that much of an impression on me because I was kind of nervous and focused on just the job.”

She says: “It was a magical day. All of my dreams from when I was a little girl came to fruition that day.”

He says: “Everybody we invited showed up. I’m kind of a shy person until I know somebody so I was just a little overwhelmed [because] there were so many people.”

She says: “Marry your best friend.”

He says: “Have lots of patience.” 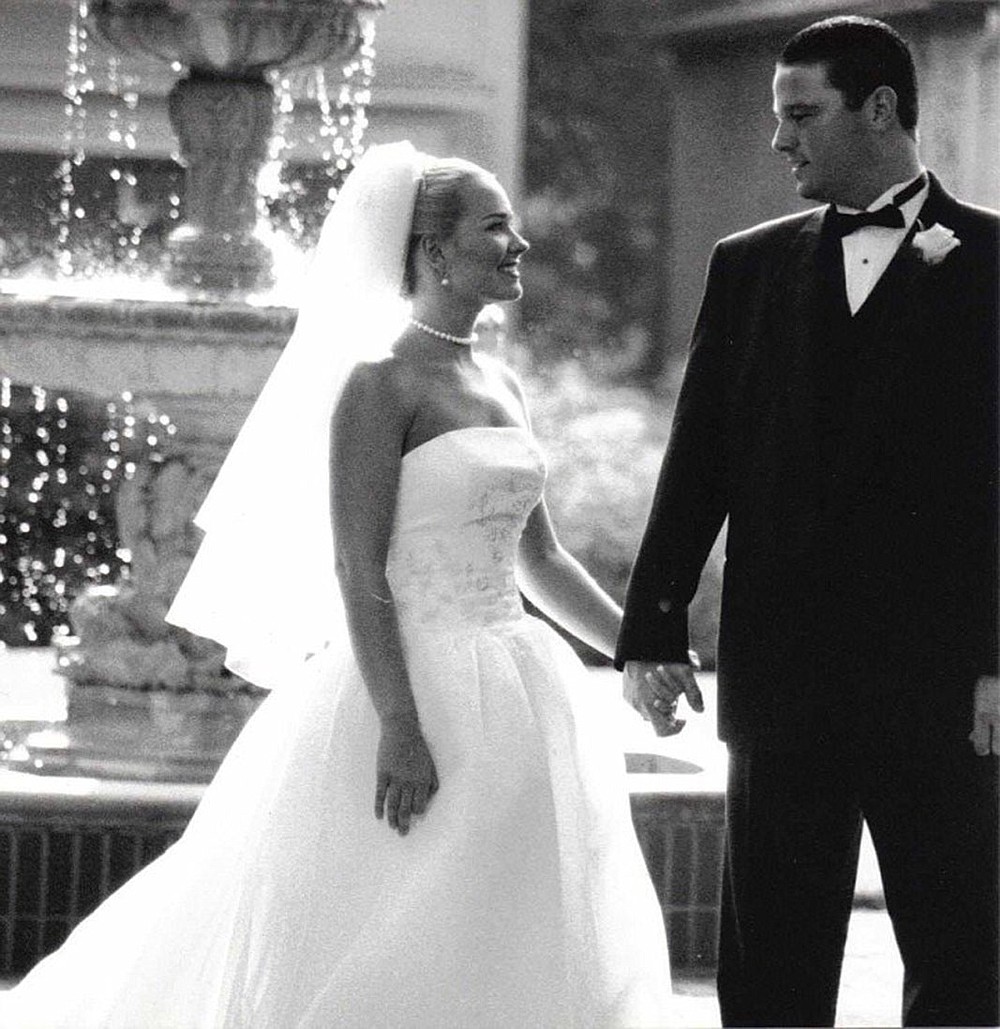 Amy and Ted Mitchell were married on June 9, 2001. They decided to delay a planned trip to Turks and Caicos because of the pandemic, and celebrated their anniversary with a quiet dinner at the Butcher Shop instead. “It was just the two of us, which doesn’t happen often with three boys,” Amy says. “It was nice.” (Special to the Democrat-Gazette)

Print Headline: She quit her job to date her first supervisor