A trailblazer reflects on Dollarway 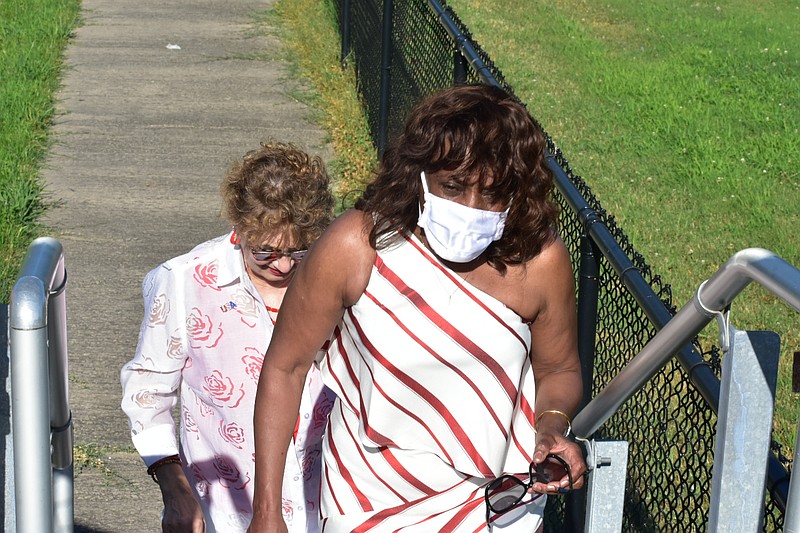 Sarah Howard Jenkins lives in Little Rock, but she said she's only journeyed back to her high school alma mater some 40 miles southeast twice since graduating in 1965.

On Sunday, the first Black student to attend Dollarway High School shared a message with alumni and supporters who said farewell to the Dollarway School District at a balloon release at Cardinal Stadium. Her message focused on the long-term future of its upcoming annexation with the Pine Bluff School District.

Dollarway's annexation with Pine Bluff schools will be the final milestone for a 107-year-old district Jenkins helped change when she stepped foot on the Dollarway High campus Jan. 21, 1963.

The conflict that arose from Jenkins' arrival that day -- The Associated Press reported a white youth suffered a chest wound and Jenkins' uncle, William Howard, was taken into custody -- made national headlines, almost six years after the wider-known integration crisis at Little Rock Central High School. Jenkins did not address that particular altercation, but she told alumni that she drove around the curve connecting Blake Street to Dollarway Road for the first time since graduation Sunday, bringing back a wave of emotion.

"I have to tell you, the tears came to my eyes, because when we hit that curve, my mom would hand me the Bible, and I had to read the 91st Psalm -- 'He who dwells in the secret place of the most high,'" Jenkins said. "My mother was getting me ready because it was a fight from the time I got out of the car until I got back in the car. A lot of things weren't put in the newspaper because the federal judge wanted to keep things quiet. He didn't want a Central High School situation."

Jenkins said she waited in the car until the crowd dispersed and then walked onto the campus at the time.

It was the involvement of families -- Jenkins' father George Howard was a lawyer-turned-federal judge in Pine Bluff -- that led to the desegregation of Dollarway schools, beginning with 6-year-old Delores Jean York's arrival at Dollarway Elementary in 1960. Jenkins transferred from all-Black Townsend Park High School to graduate from an accredited school so she could attend one of the colleges and universities she applied to, ultimately choosing Hanover College in Massachusetts.

Matthew Wood, 51, a New Jersey native who attended Dollarway schools in the 1980s, flew from his Raleigh, N.C., home to take in the festivity.

Wood first moved to southeast Arkansas as a 10-year-old after his father took a job as a horseback guard at the Arkansas Department of Correction's Cummins Unit. Wood attended school in Grady and then moved into Pine Bluff two years later, first attending Indiana Street School and then Townsend Park Elementary when his family moved across town.

Wood, who is white, said he had never seen a Black kid in person until moving to Arkansas. He believes the seeds of institutionalized racism were planted in Dollarway, which began as an all-white district in 1914 and established schools for Black children in the 1950s.

The "white flight" that followed led to a loss of tax revenue that the district endured in recent decades and its demise, Wood said.

"You know what happened when I came down here for my 20th reunion?" said Wood, now an insurance broker. "I took the back road to Pine Bluff. I went out to Sheridan and Woodlawn. I basically went out to where Pine Bluff wasn't. Ironically, all these '90s houses were built. I wonder who these people were?"

Jenkins' legacy of integration trickled into the realm of athletics and activities, and Wood took note of Dollarway's success in such.

Professional athletes, including former University of Arkansas and NBA center Andrew Lang and former NFL tight end Jackie Harris, who played with the Tennessee Titans in the 2000 Super Bowl, wore the cardinal red-and-white, as did University of Arkansas System Board Chairman Stephen Broughton; his father, Theodis, was a longtime basketball coach at Dollarway.

The Dollarway football team won five state championships between 1988-93 -- winning 51 straight games within that span under a mostly Black coaching staff led by Lee Hardman -- and have played in five other title games since 1985, Harris' senior season.

Wood said Dollarway hired teachers who were committed to making integration work in the 1970s, though he didn't arrive until the next decade.

Although he moved to Pekin, Ill., by 10th grade, Wood said understanding his Black classmates' success amid a challenging socioeconomic climate draws him back to Dollarway for big events.

"The joys I see out of my Black brothers and sisters, out of all animosities, that's inspiring to me," he said. "But it was the combination of communities that created the apex of that."

Under state law, according to an article in the Arkansas Democrat-Gazette, once a school district has been under state control for 5 years, the Board of Education can choose to annex the district with another, consolidate it with another to form a new district, return it to local school board governance or reconstitute it with a different form of governance. If the state Board of Education approves, the department can return the annexed Pine Bluff district to local control by September 2023.

"There should be an advisory board for the district; are people going to attend?" Jenkins said. "How will they support the new district from getting out of state control? How are they going to work with the superintendent?"

Barbara Warren, whom the state education department appointed as superintendent of both Pine Bluff and Dollarway districts, will lead the annexed district. Jenkins told Dollarway alumni that Warren's goal is to be the "best Christian superintendent" possible.

Despite the changing landscape, the annexing Dollarway district is still a community, Jenkins said, one where its schools need the support of its families. She said she expects a local school board to be established for the Pine Bluff district in 2023.

"There's still a need for families to be involved by running for the board, applying in time for the elections and going to the elections, but also attending board meetings, having some involvement," she said. 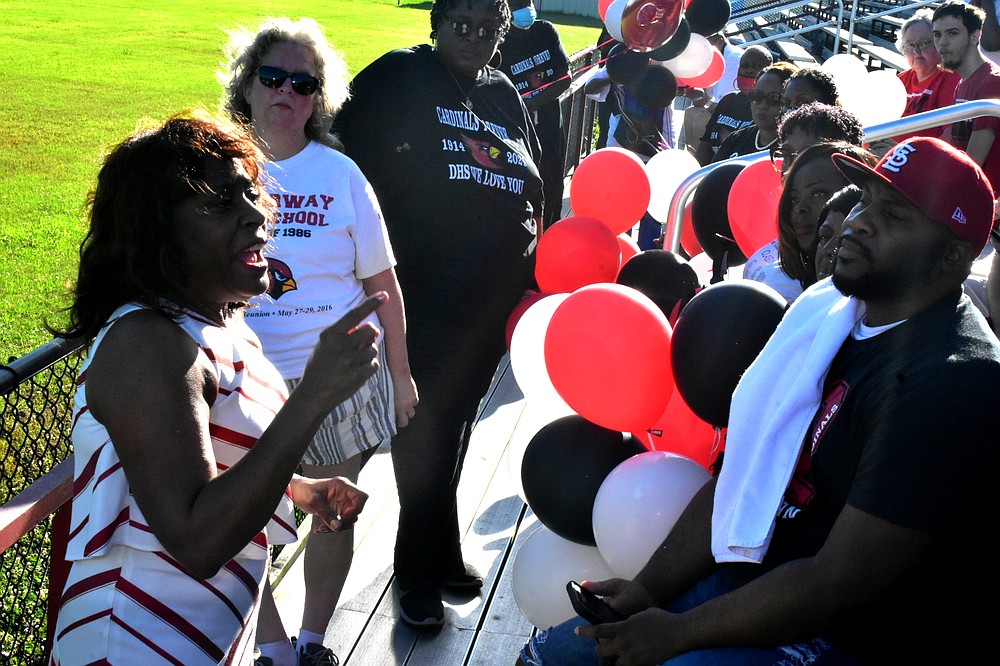