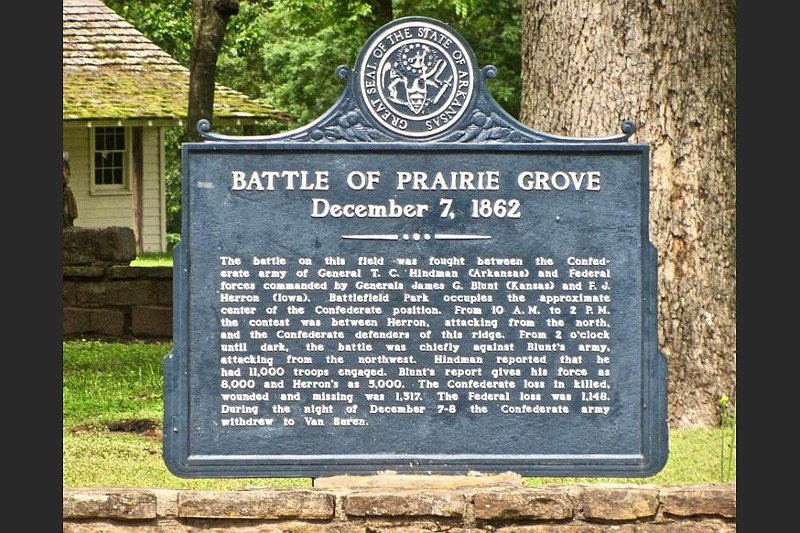 State park markers sum up the Battle of Prairie Grove on Dec. 7, 1862. (Special to the Democrat-Gazette/Marcia Schnedler)

PRAIRIE GROVE — This summer's visitors to Prairie Grove Battlefield State Park can get a clear sense of the combat on Dec. 7, 1862 — except for one factor that played a literally chilling role in the brutal fighting.

It's likely to be hot and humid any day in July or August, as families eagerly hop back into their air-conditioned vehicles after making another of the 14 stops along the driving tour. In shivering contrast, the Northwest Arkansas weather on the day of battle was by most accounts cold, wet and miserable.

During the hardest afternoon fighting, temperatures became less frigid. But that night, according to the Encyclopedia of Arkansas History and Culture, "was again brutally cold, torturing the wounded; some men, seeking warmth, crawled into haystacks that later caught fire."

Battlefield conditions would have been harsh even in better weather, as made clear by visitor center exhibits, which have been enlivened over the past decade. The human impact of the war — on civilians as well as soldiers — comes into sharper focus.

A tattered doll recovered from a farm home caught in the battle is given context: "This artifact hauntingly reminds us of the ­real lives that were affected by the Civil War." Displays of artillery shells can be linked with a war surgeon's instrument bag to imagine the gruesome wounds inflicted by both sides' cannons. 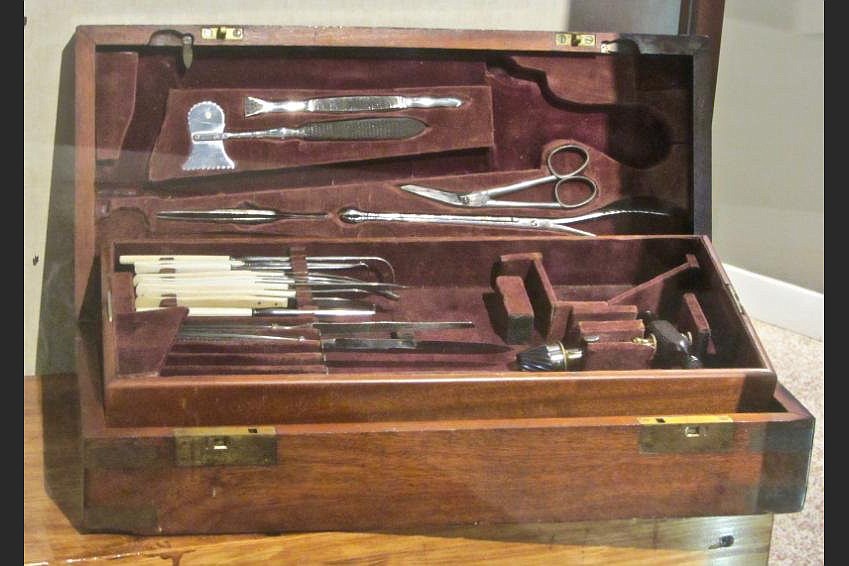 A war surgeons medical kit is displayed in the Prairie Grove visitor center. (Special to the Democrat-Gazette/Marcia Schnedler)

Complementing the indoor exhibits are driving and walking tours of the battlefield, which saw the failed last effort of the Confederacy to make inroads toward border-state Missouri.

The one-day conflict was a tactical draw — but a key strategic success for Union troops under the command of Brig. Gen. James G. Blunt and Brig. Gen. Francis J. Herron. They drove back the Confederate forces of Maj. Gen. Thomas C. Hindman, assuring that Missouri and Northwest Arkansas would remain under Union control until war's end in April 1865.

The day's Confederate losses totaled 204 dead and 875 wounded. There were 175 Union dead and 808 wounded. The carnage was recalled many years later by Caldonia Ann Borden, who'd hidden in a cellar at age 9 while fighting raged outside. She is quoted on a sign at the Morton Homesite, one of 14 stops along the 5-mile Self-Guided Driving Tour:

"After dark it got quiet and we came out of the cellar. There was a dead man across the cellar door, wounded and dying men all around. I can still hear them yelling 'help-help-help.' The men worked through the night helping the wounded. Yankees and Rebels all got the same care. It sure was scary and pitiful. Some of us got sick."

The driving tour includes Borden House and Orchard, where the heaviest fighting took place. According to the tour brochure: "General Herron reported 250 dead within a 100-yard radius of the house. One soldier stated that the ground was 'muddy with blood' on the hillside where Confederate cannons ... sat during the battle." 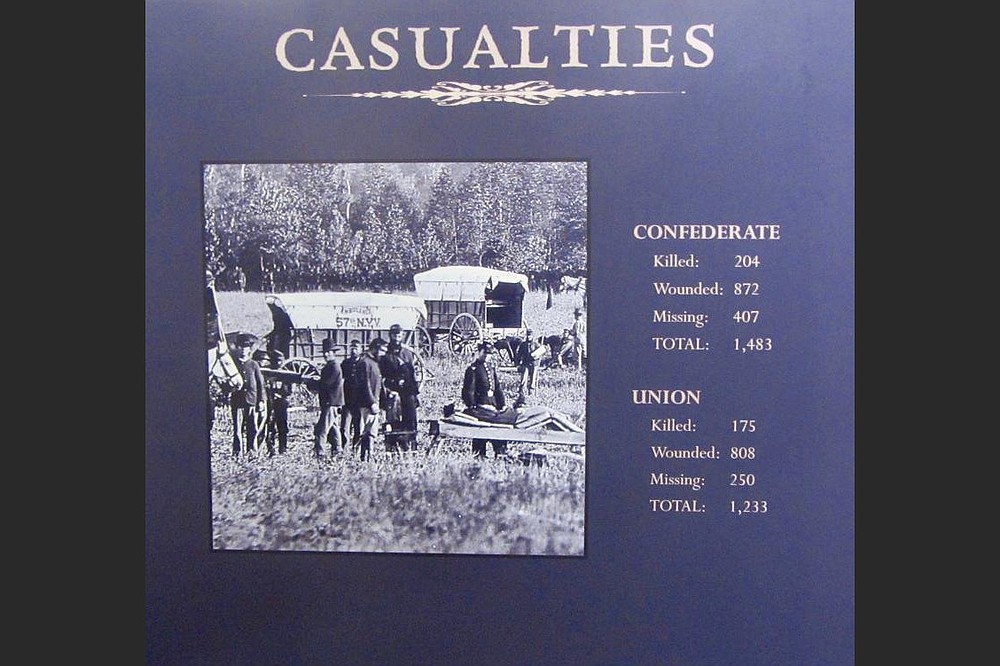 A sign lists Union and Confederate casualties in the Prairie Grove fighting. (Special to the Democrat-Gazette/Marcia Schnedler)

There are 11 stops on the Battlefield Trail, a 1-mile walking loop through the eastern part of the park. A trail sign near the Borden House reports that two Union units in the orchard "found themselves surrounded on three sides by a superior Confederate force, which poured volley after volley into the blue ranks."

After the fighting, with losses roughly equal on both sides, Confederate forces retreated south in the dark with their ammunition nearly exhausted. Prairie Grove, according to the park brochure, "was the last major Civil War engagement in Northwest Arkansas."

In the last decades of the 19th century, Civil War veterans held reunions at Prairie Grove. In 1908, the United Daughters of the Confederacy bought nine acres at the site to create a commemorative park. The annual reunions featured political speeches, dinner, foot races and carnival games.

Decades after the last Civil War veterans had died, the site became a state park and gradually grew to its present 840 acres. Travelers can pair it with a tour of federally administered Pea Ridge National Military Park 45 miles to the northeast for a larger view of Arkansas' early role in the Civil War.