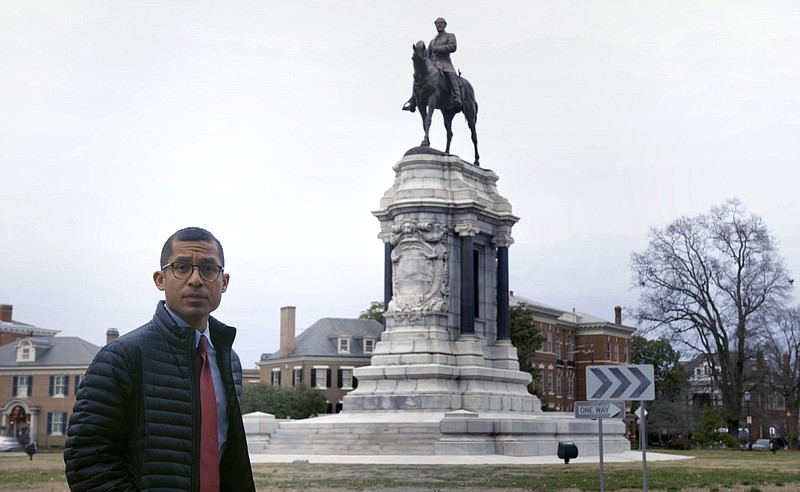 Director CJ Hunt appears in a scene from “The Neutral Ground.” The feature-length documentary premieres on PBS July 5. (PBS via AP)

But not long after beginning the project, he realized a much bigger story was revealing itself and it became "The Neutral Ground," a feature-length documentary that premiered recently at the Tribeca Film Festival and will be available July 5 on PBS.

The serious, yet funny, documentary examines the Lost Cause, the campaign that mythicized the Confederacy after the Civil War and continues the narrative that the conflict was more about freedom than the right to own slaves.

"You can't name another war where the losers get thousands of monuments," Hunt said.

Hunt said Southern secession documents clearly put slavery first as the reason for the division. But after the Civil War, the film points out that a successful propaganda campaign shifted the cause from being about owning people as property to state's rights and patriotism.

A reluctance to actually read primary source documents about historical events perpetuates the myth, "Sadly, our idea of history is really just like stories that were handed to us," he said.

That notion drove Hunt to delve deeper to understand the division between those who believe monuments should be removed, and others who want them to stay to preserve history.

The concept for the film began in 2015 when Hunt was living in New Orleans. The City Council voted to remove four monuments from public spaces but was thwarted because work crews felt their lives were threatened.

The momentum shifted last year after a summer of protests and unrest over social justice, and there was "a strong consensus to challenge these monuments in public spaces," he said.

Before joining the cast of "The Daily Show with Trevor Noah," Hunt said he watched correspondents like Roy Wood Jr. to learn how to report on a segment with the right balance of humor and information. 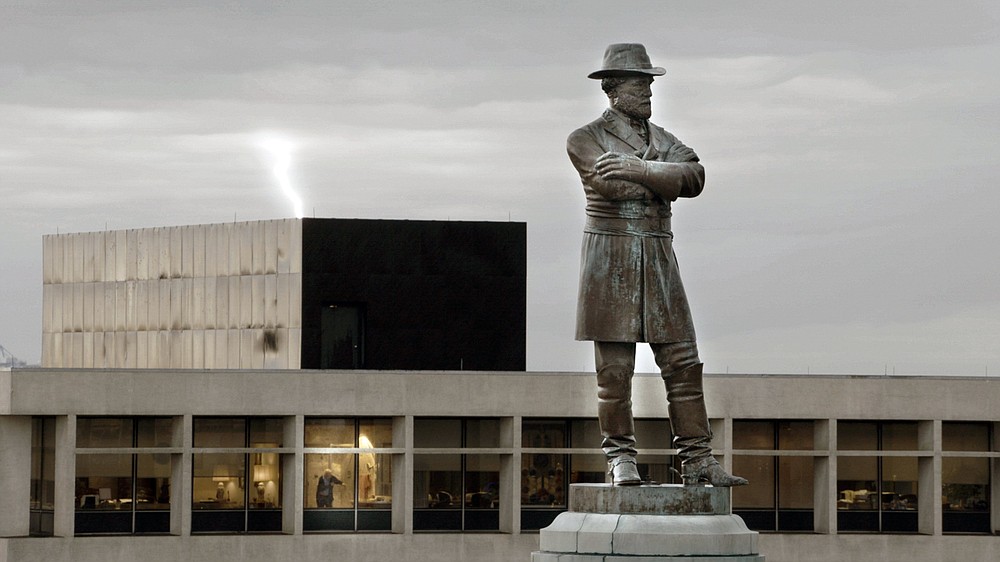 A statue of Robert E. Lee once stood watch over a New Orleans traffic circle, but has since been removed. (Tribeca Films Festival via AP)

"Peppered within this doc is CJ's curiosity and inherent optimism," said Wood, who serves as executive producer on the film. "He did a great job allowing the story to be heavy, while being light and funny at times."

In one segment, Hunt shows the peculiar placement of a statue of Black tennis icon Arthur Ashe on Monument Avenue in Richmond, Va., a strip commemorating those who fought for the Confederacy.

The film questions the notion of adding Ashe among the slaveholders for "inclusion" purposes.

Last year four statues were removed from Monument Avenue, including one of Confederate leader Jefferson Davis, after civil unrest.

"I understand the slavery thing, but also this was treason. The idea that we even have to construct a sentence like that is part of the absurdity of the Confederacy, right? It's like you shouldn't even have to say, 'Look, I know this 60-foot-tall statue is to a man who enslaved people, but also, he betrayed the U.S.' You shouldn't need that combo. One of those things should disqualify you," Hunt said.

He notes that the myths and failure to condemn traitorous actions continue to haunt the nation, right up to the violent Jan. 6 attack on the U.S. Capitol.

"Because we didn't deal with that then, it is now difficult to call insurrectionists insurrectionists. And I think the film tries to make that connection clear," Hunt said.

When it comes to what to do about the statues and memorials, the solution is a bit more complicated. Neither Hunt nor Wood believes these remnants should be destroyed. But they agree they should be out of public view. Wood supports the idea of moving them to special areas in museums or private facilities, so those that have a connection can preserve their history.

"The statues are a great place to start, but I don't think it's about erasing anything that people hold dear. It's about reserving my right to not want to see that every damn day when I'm riding past this particular street," Wood said.