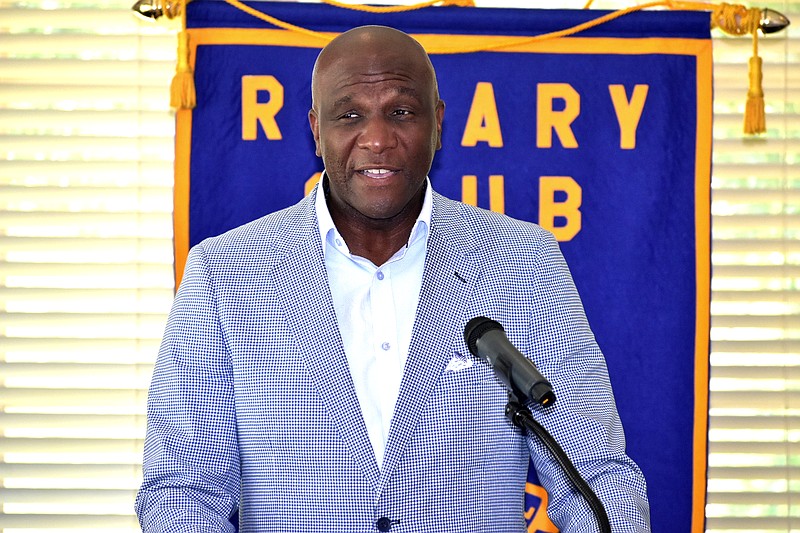 One win away from playing for a national championship, the North Carolina State University baseball team was forced out of the College World Series last weekend because of health and safety protocols against covid-19.

The head volleyball coach at the University of Arkansas at Pine Bluff can relate to the Wolfpack's frustration.

The Lady Lions were just a win away from clinching the program's first Southwestern Athletic Conference championship and automatic berth in the NCAA tournament when they discovered a positive result from covid-19 testing a day before the March 28 title match. Subsequent quarantining left the SWAC with little choice other than to declare Jackson State University, the other finalist, the conference champion.

"We went through a traumatic time for our program and our athletic department," UAPB Coach Chelsey Lucas said, describing the no-contest that ended her second season at the helm. "We never went that far in a position where we could fight for a championship. For us to get an opportunity to get to the tournament, ranked No. 3 [in the SWAC], beat everybody in our way including the No. 2 seed [Prairie View A&M University], what we did at our university was wonderful. It was great."

"It was a tough situation all across the board," Robinson said Tuesday after speaking to the Pine Bluff Downtown Rotary Club. "You feel for the kids and all that, too. The thing it came down to, based on the protocols -- once a kid is exposed [to covid-19] -- you have quarantine protocols, some seven days and some 14 days. It depends on the severity of it. And then some, 10 days."

The conference tournament was held seven days before the NCAA announced its tournament field.

Robinson was on his way to the title match in Birmingham, Ala., when he found out about the positive tests. He added that PCR, or polymerase chain reaction, tests confirmed covid-19 within the program.

The resulting quarantines, he said, would have exceeded the deadline the SWAC had to name a conference champion, leading to Jackson State's national tournament bid.

"That particular incident, there were a lot of conversations with the conference office," he said.

The SWAC on March 28 described in a statement "a covid-19 related issue and subsequent quarantining of student-athletes among the UAPB program" as the reason for canceling the title match. "This action follows the guidelines and protocols set by the league and its Covid-19 Advisory Committee," it added.

Questions to SWAC officials about the protocols and possibly allowing for more recovery time were not returned at deadline, but Lucas says the SWAC could have found a better way to handle positive testing.

"We only had one player test positive," Lucas said, adding she informed SWAC tournament officials. "We were honest. That young lady felt bad. We took her to get tested, and we let the conference know. Everyone was ready to go. We were just informed we had a positive test.

"We were asking, hoping we had an option to test everyone so we can play the next day, 'If everyone came back as negative, why not play?' If we don't know, how can we forfeit this game?"

The covid-19 vaccine was not available to UAPB student-athletes at the time, under Arkansas' vaccination rollout plan. Two days after the scheduled title match, Arkansas opened up eligibility for the vaccine to everyone 16 and older.

Still, given the university's rigorous on-campus testing, not one Lady Lion tested positive before the championship match, Lucas said.

"Are we going to take this opportunity from athletes who represented our conference and the NCAA, which went through a hard time -- covid-19 has been a hard, mental challenge for everyone -- to not play for a championship, for which everyone worked so hard?" Lucas asked rhetorically. "You start the school year not knowing whether you have a season, and when you get to the end, and you realize everything that happened worked out for your good -- and I do believe it should have been a better way of handling that, saying one person on your test tested positive, so the whole team had to forfeit -- there was no next after that."

Positive testing within N.C. State's baseball team, which upset top overall seed University of Arkansas in the NCAA Super Regional, sparked new debate about whether athletes should be required to take covid-19 vaccine before practicing or competing.

"This decision was based on the recommendation of the championship medical team and the Douglas County Health Department," the NCAA said in a statement. The College World Series is held in Omaha, Neb.

Vanderbilt won Game 1 of the championship finals Monday. Game 2 of the series was Tuesday night.

"There's a lot of things associated with the medical side of this; we understand," Woodson said. "We accept. We don't like. We would give anything if the outcome were different. But we just really need to get more transparency and understanding of how this was handled, and the timing is just one example of that."

Wolfpack Coach Elliott Avent said over the weekend he left the option of being vaccinated to his players, according to multiple reports. But the Commodores' walkover drew widespread consternation from Wolfpack players to former NCAA football stars-turned-media personalities such as Emmanuel Acho and Danny Kanell, who took to social media to criticize major college sports' governing body for not allowing the Wolfpack to play a second game.

At UAPB, each student-athlete is "strongly encouraged," but cannot be required, to be vaccinated, Robinson said. Each competitor, however, undergoes mandatory testing while on campus, he said.

"Our process at our university was top notch," Lucas said. "We took the covid test before. Everyone was negative."

Volleyball was one of a few sports usually played in the fall that the NCAA rescheduled for this past spring semester due to the ongoing pandemic. The UAPB football team went 4-0 before the Golden Lions' season finale against Texas Southern University was canceled due to covid-19 issues within the visiting Tigers' program, and lost to Alabama A&M University in the May 1 SWAC championship game.

"With the way things have taken place ... if we can afford that time, that would be great," he said. "Vaccinations could help us get the virus under control. We have better controls in place. It would be the ideal thing. Compensating for the time between the start of the season and the conference championship, that would be great."

But nothing may compensate for a lost opportunity to play for a SWAC championship a team has never won.

"I'm speechless," Lucas said. "As a coach, you never become speechless, but what can you tell a young lady after she's told she can't play in a championship match?" 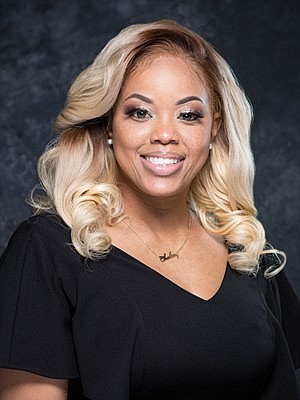