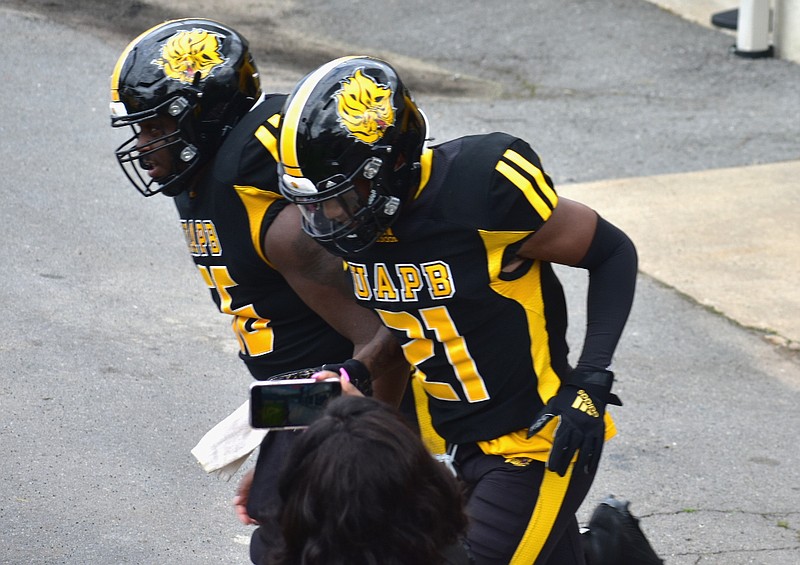 The University of Arkansas at Pine Bluff will play its home football game against Alcorn State University two days earlier than scheduled on one of the ESPN channels, UAPB Athletic Director Chris Robinson said Tuesday.

Speaking in front of the Pine Bluff Downtown Rotary Club, Robinson said the game will kick off on Thursday, Sept. 23. The game will be part of ESPN's package with the Southwestern Athletic Conference, which includes a number of Thursday contests each year.

"With the success of our spring, our conference office has reached out -- we've got Deion [Sanders coaching at Jackson State University] over there, giving us a lot of attention -- we're going to have our second home game on ESPN [on] Sept. 23," Robinson said. "We're going to have Community Night here in Pine Bluff. We want the community to be out and everyone to know about Pine Bluff, Ark."

A SWAC spokesman declined to confirm the broadcast, adding that the conference's television schedule has not been finalized.

UAPB finished 4-1 in the spring 2021 season, losing to Alabama A&M University in the SWAC championship game. The season was postponed from the fall because of the covid-19 pandemic.

The Lions will kick off the fall 2021 season at home against Lane College of Tennessee on Sept. 4. Kickoff times have not yet been announced.

Among UAPB's games is an Oct. 23 contest against the University of Arkansas, Fayetteville at War Memorial Stadium in Little Rock.

"We're going to do some Hog calls," Robinson said, speaking of the first-ever meeting between the Razorbacks and Lions. "We all know we're the kings of the jungle, but we'll still have a good time."