Shooting at school leads to meeting 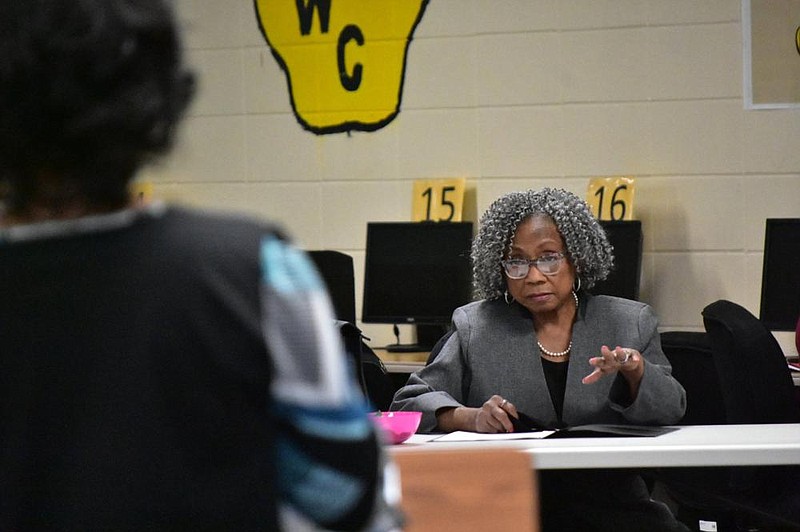 The victim, who was listed in "very serious" condition at a Little Rock hospital, according to authorities, was found down the hallway from the main office of Watson Chapel Junior High School. The superintendent of schools said two officers employed by the district were on campus, but no standalone metal detectors are installed.

Watson Chapel schools Superintendent Jerry Guess was asked before a special school board meeting on Monday evening if the incident reinforced a need for a new campus to be constructed. Guess said during a January regular board meeting when he announced his upcoming resignation he would like the district to begin a millage campaign toward updating a campus that's more than three-quarters of a century old.

Guess stopped short of saying whether the shooting was cause for a new campus.

"I am just amazed there are kids in a building older than I am."

Sandra Boone, the vice president of the Watson Chapel school board, did not link the shooting to a need for an updated campus.

"I can't say that would have anything to do with anything. I can't really make a comment on that," Boone said. "We know that we desperately need a new campus, and that's probably our next millage campaign."

Boone did suggest another step in helping children feel safer on campus.

"Parental training at home," she said. "That would be it."

The special board meeting, announced four hours after the incident occurred, was to discuss interviews for Guess' successor that took place last week. Nine people, many of them with ties to Pine Bluff or southeast Arkansas, met with board members about the position Guess will vacate after June 30.

Guess has not indicated whether he would go into retirement.

The meeting was held mostly in executive session. During a break, Boone said a vote to approve a new superintendent would be taken during the March 8 regular meeting.

Boone, who led the interview process, said board members were working to narrow down the pool of nine.

"[Next] Monday, we'll definitely have a response for you and hopefully a new superintendent for the district," Boone said.