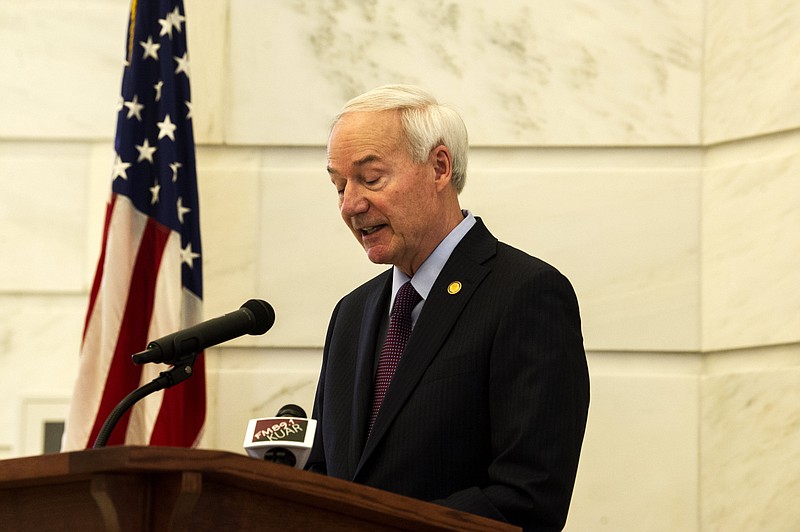 The news of a school shooting in Pine Bluff on Monday left Mayor Shirley Washington searching for words following a news conference at the Pine Bluff Police Department headquarters.

Washington said she was talking with members of her office and the director of Pine Bluff Parks and Recreation before a 15-year-old male student was shot on Monday at Watson Chapel Junior High School about adding more "youth-engaged programs at all levels" in Pine Bluff.

Another 15-year-old male was arrested behind a home in the vicinity of the campus.

"Especially when they get beyond 12, because that's when we lose a lot of our kids," Washington said. "We have to make sure that we are embracing them with support, and the best way to do that is to make sure there are plenty of outside extracurricular-type, community-based activities outside of the school so that we can catch them. We have to change the culture and thought process by investing in our kids, and that's where we're moving. We're talking about putting programs in place as soon as spring break begins. But we have to move at a more embracing and aggressive rate."

Parks and Recreation Director Samuel Glover said in a Jan. 29 Commercial article the Pine Bluff Community Center, formerly known as the Merrill Community Center, is set for a March 5 grand opening of its renovated location on Ash Street. Glover said the center would soon offer boxing and jiu-jitsu programs as well as music, dance, arts and cooking classes to be paired with academic and enrichment sessions for youths.

News of the shooting went national as ABC News posted updates of the incident on its website. In Arkansas, Gov. Asa Hutchinson issued a statement after Pine Bluff Police issued a false report that the victim died, saying his "heart broke" and the "terrible act of violence has deprived a young man of his future and his parents of their dreams for their son." Police issued a correction on the victim's status more than an hour later, citing "bad information."

"We have been informed that the 15-year-old has not died and is in serious condition," Hutchinson said following the update. "Our prayers remain with the family."

Liberty Utilities, which has brought in crews from outside Arkansas to fix leaks and breaks in the Pine Bluff water system caused by the Feb. 14-17 snows and cold temperatures, said in a stakeholder update:

"Our hearts go out to our Pine Bluff community in the aftermath of the shooting at Watson Chapel Junior High."

"We shouldn't have to live like this. Schools should be places where we can feel safe focusing on our education, not worrying about getting shot. Our hearts are with the Watson Chapel Junior High community.

"We need our lawmakers to take action to keep us safe and prevent shootings like this from happening, but instead they want to force even more guns into our schools. We're committed to fighting back against dangerous bills like HB 1556 that would do so."

The organization said Arkansas House Bill 1556 would force K-12 schools to allow handguns to be carried by anyone older than age 21, whether they are teachers, administrators or visitors.