Volvo to sell only electric vehicles by '30 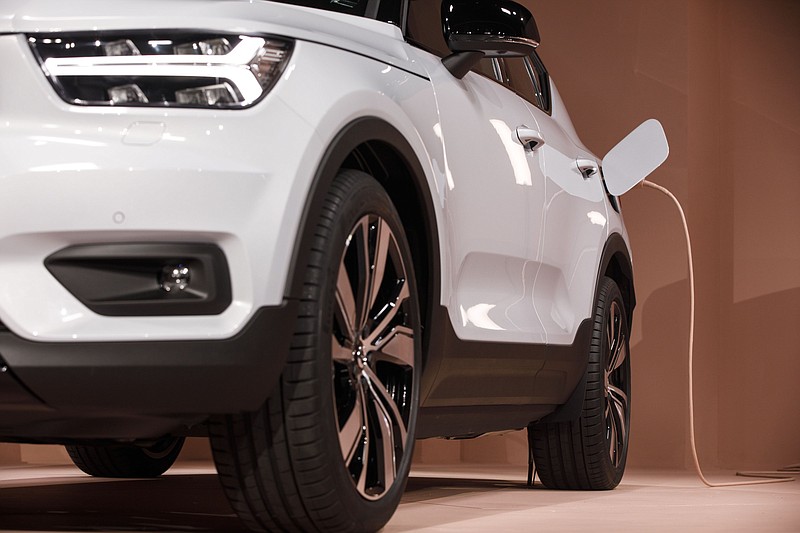 Volvo Cars one-upped larger rivals like General Motors Co. and added momentum to the movement toward electric vehicles Tuesday by saying it would convert its entire lineup to battery power by 2030, no longer selling cars with internal combustion engines.

The declaration by the Swedish automaker is the latest attempt by a traditional automaker to break with its fossil fuels past. It is also one of the most ambitious proposals and ratchets up the pressure on others to follow suit.

The Chinese-owned Swedish brand is rolling out a new lineup of electric cars and unveiled its second battery-only model later Tuesday. Going one step further than recent rivals' decisions on electric vehicles, Volvo's electric vehicles will be available for sale only online, the company said in a statement.

"We choose to invest in the future -- electric and online," Chief Executive Officer Hakan Samuelsson said. "We are fully focused on becoming a leader in the fast-growing premium electric segment."

Volvo's move follows rivals including GM, which said in January that it would go all-electric by 2035. Ford said last month it would sell only battery-powered cars in Europe starting in 2030, and the maker of Jaguar luxury cars made a similar promise.

In addition to tough emissions regulation, valuations garnered by electric-only newcomers have been a wake-up call to accelerate the pace of change to survive industry upheaval.

"If you want to be in the game you have to transform fast," Samuelsson said. "Otherwise you get stuck in a shrinking segment."

BMW, Audi and Mercedes-Benz, German automakers that target the same affluent buyers as Volvo, have not yet set expiration dates for internal combustion models. But they are no longer investing heavily in internal combustion engines and are rushing to produce vehicles that can compete with Tesla's electric models.

Volvo's decision also comes days after Volvo and Geely Automobile Holdings Ltd., both owned by parent Zhejiang Geely Holding Co., dropped a plan to merge and instead deepen ties to quicken the pace of development. The pair will share vehicle platforms, software stacks and advanced connectivity, and will spin off their powertrain activities into a separate unit.

With the support of its Chinese owners, Volvo has ramped up investment in electric cars since 2017, when it first said it was planning to phase out vehicles that rely on combustion engines. Still, the company has been producing only one fully electric model under its own brand name on the market, the compact crossover XC40 Recharge.

On Tuesday, Volvo unveiled a second model, the C40 crossover, which the company said is its first vehicle designed from the ground up to run on batteries.

The C40 will be able to travel 210 miles on a charge, Volvo said, a somewhat shorter range than the Tesla Model 3.

In addition, Polestar, which is jointly owned by Volvo and Geely, launched its challenger to Tesla Inc.'s Model 3 in 2019.

Volvo has previously said it will put roughly 5% of annual revenue into research and development, and that amount will be enough to finance the electric-vehicle push, Samuelsson told reporters. The company sold more than 660,000 cars last year and reported full-year revenue of $31.2 billion.

By 2025, Volvo expects half of the cars it sells to be fully electric and the other half to be hybrids, including so-called mild hybrids that don't feature a plug. Volvo has been selling cars online as part of its Care by Volvo subscription offering in since 2016.

The Care by Volvo concept will now be expanded to include outright sales, with a package for maintenance, roadside assistance as well as insurance. All online purchases will be completed at a nonnegotiable fixed price through Volvo's own website, while dealers remain as part of the sales, service and delivery process, Volvo said.

Information for this article was contributed by Niclas Rolander of Bloomberg News and by Jack Ewing of The New York Times. 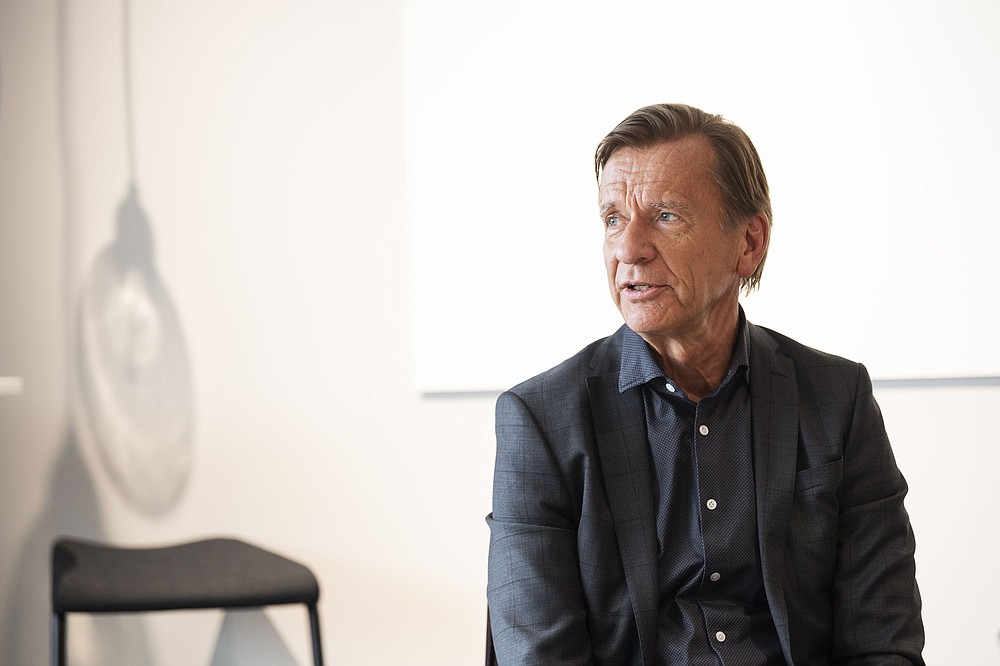