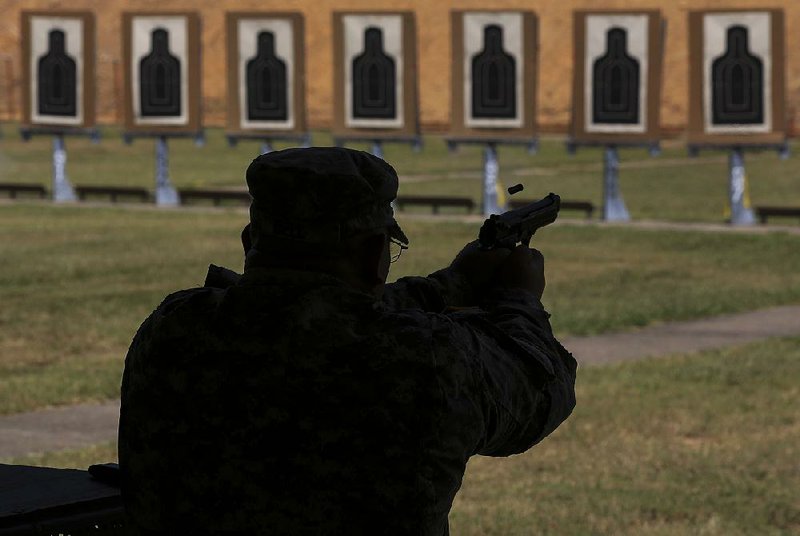 Staff Sgt. James Bell fires an M9 pistol on the range at Camp Robinson as part of firearms and use-of-force training in this Tuesday, July 28, 2015 file photo.

A noise alert has been issued from Camp Robinson for the weekend, according to a news release.

The training will take place on a range in the north-central portion of Camp Robinson, and it will result in loud explosions, Mason said.

Due to weather conditions, noise will likely carry outside the perimeter and may be heard in North Little Rock and in surrounding communities, according to the release.