Samsung details plans for $17B chip plant in U.S. 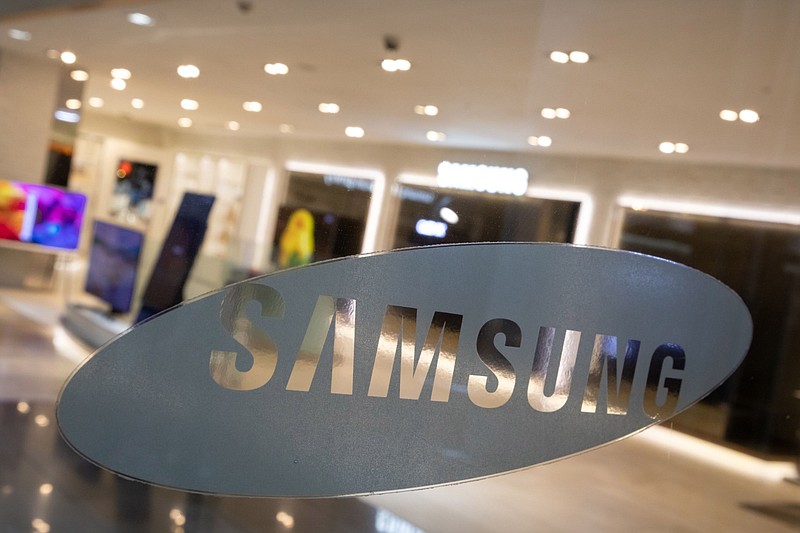 The Samsung Electronics logo is displayed in a window at the company's D'light flagship store in Seoul, South Korea, on Oct. 6, 2020. MUST CREDIT: Bloomberg photo by SeongJoon Cho.

Samsung Electronics Co. revealed additional details about its plans to build a cutting-edge semiconductor facility in the U.S. in a filing with Texas authorities, making the disclosure as the Biden administration vows to make the security of the U.S. chip supply a national priority.

The South Korean company plans to invest about $17 billion in its Project Silicon Silver and create about 1,800 jobs over the first 10 years, according to an economic impact study prepared by a consultant. Some $5.1 billion would go into buildings and property improvements, while $9.9 billion would be spent on machinery and equipment.

The filing with the Texas comptroller warned that the chips project is "highly competitive." Samsung is evaluating alternatives sites in Arizona and New York, as well as in South Korea.

"Because of its strong ties to the local community and the successful past 25 years of manufacturing in Texas, Samsung Austin Semiconductor would like to continue to invest in the city and the state," the study said.

The Biden administration has ordered a global supply chain review for microchips as well as large-capacity batteries, pharmaceuticals and critical minerals and strategic materials such as rare earths.

Bloomberg News first reported in January that Samsung was considering building an advanced chipmaking plant in the U.S., in hopes of winning more American clients and narrowing the gap with industry leader Taiwan Semiconductor Manufacturing Co. The company was in discussions to place a facility in Austin, Texas, capable of fabricating chips as advanced as 3 nanometers, people familiar with the matter said at the time.

Details of Samsung's discussions with local governments have since leaked out in filings and other revelations. The economic impact study was prepared by Impact DataSource, an Austin economic consulting, research and analysis firm.

The report shows Samsung's project would add approximately 7 million square feet of space to the Austin campus, where the company has had operations for decades. It estimates that 542 new workers would move to the city, contributing to an addition of 1,626 new residents.

Property-tax abatements would total about $1.5 billion over 20 years at the city and county levels, while direct and indirect economic output would be about $8.6 billion and salaries would total $7.3 billion.

A January filing detailed the likely timeline for the project. If Samsung chooses Austin, it would break ground in the second quarter of this year with the expectation that production would be up and running by the fourth quarter of 2023, it said.