Arkansas architect named to American Academy of Arts and Letters 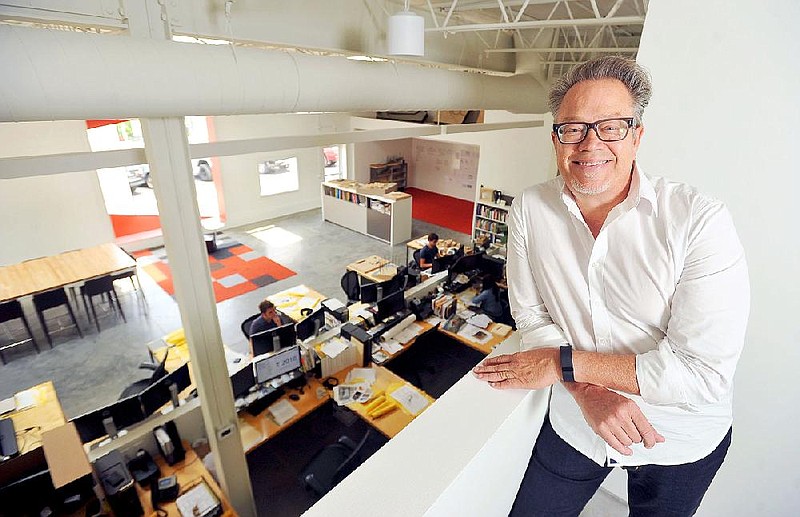 FAYETTEVILLE — The American Academy of Arts and Letters, a leading honor society for those in the arts, has elected Arkansas architect Marlon Blackwell to its membership.

The honor confers lifelong membership to a group of no more than 300 architects, visual artists, composers and writers recognized for their artistic merit.

Blackwell, 64, is the only current member from Arkansas and one of 21 architects in the academy. He’s part of a group of 29 new academy members announced Friday along with four honorary members.

He’s previously won acclaim for work on buildings such as the Steven L. Anderson Design Center on the UA campus, the Shelby Farms Park Visitor Center and related buildings in Memphis, and various smaller projects, including St. Nicholas Eastern Orthodox Church in Springdale.

He won the American Institute of Architects' 2020 Gold Medal, the institute's highest honor. Blackwell has taught at the University of Arkansas, Fayetteville since 1992, and currently is a distinguished professor and the E. Fay Jones Chair in Architecture. He’s the founder of Fayetteville-based Marlon Blackwell Architects.

“You are welcomed into a fellowship of esteemed American artists who are making a real impact, and your work is acknowledged by these folks who are operating at the highest level of excellence in the discipline,” Blackwell said in a statement. “It’s amazing, and it’s amazing to be part of this accomplished group — I’m very humbled.”