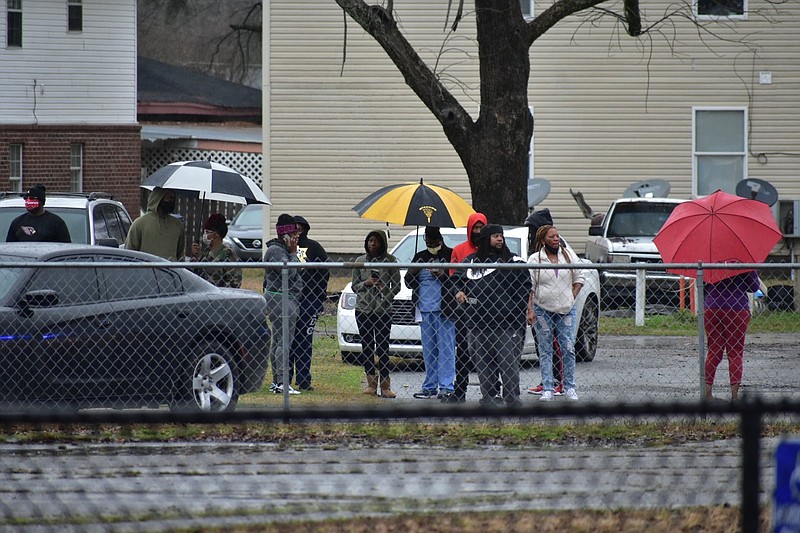 Bystanders look on from Sulphur Springs Road after a report of a shooting at Watson Chapel Junior High School on Monday, March 1, 2021. (Pine Bluff Commercial/I.C. Murrell)

Authorities have amended a charge for the teenage suspect in Monday's fatal shooting at Watson Chapel Junior High School in Pine Bluff to capital murder following the death of the victim earlier this week.

Will Jones, a prosecutor with Jefferson County, told Bridgforth that the other facts of the case remain the same.

Quarles is accused of killing 15-year-old Daylon Burnett, who died Wednesday. Burnett had been transported Monday to Arkansas Children’s Hospital in Little Rock.

Both were students at the junior high school, which serves grades seven through nine.

Prior to Burnett's death, Quarles faced a first-degree battery charge and was ordered to be held in lieu of $1 million bail.

CORRECTION: Will Jones is a prosecutor with Jefferson County. An earlier version of this story incorrectly described his position.