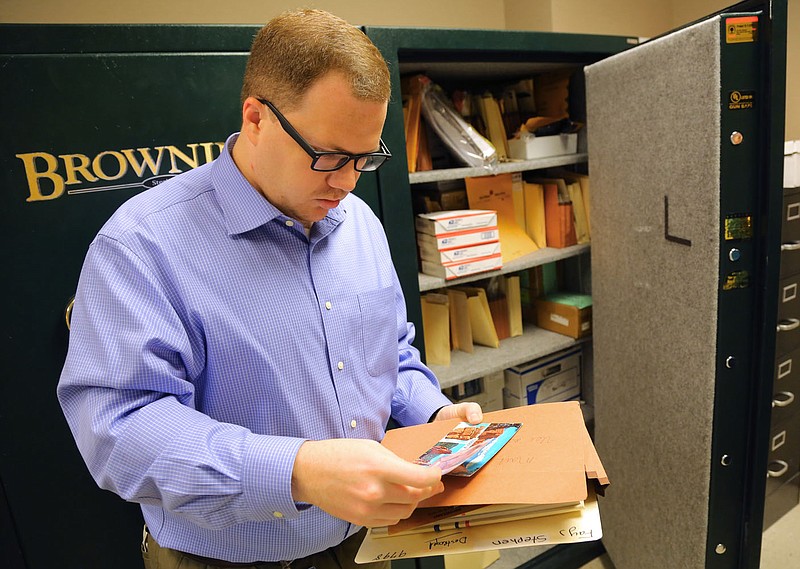 Skot Covert, then a spokesman with the Arkansas State Auditor’s office, looks through some of the unclaimed items the office was trying to reunite with their owners in this March 2016 file photo.

Skot Covert, an Ozark native, will join the "Wake Up Central" and THV11 Weather teams, according to a news release from the station.

Prior to joining the station full-time, Covert was providing forecasts remotely for locations around the country, the release states.

“I grew up in the river bottoms of Franklin County, obsessed with Arkansas weather,” Covert said in the release. “The opportunity to track the skies for THV11 and be part of the Wake Up Central team is a reality that far exceeds my wildest dreams.”

Covert is a two-time appointee of Gov. Asa Hutchinson to the State Emergency Response Commission, a member of the Arkansas 911 Board and a member of the National Weather Association, according to the release. He has previously served as a spokesman for the Arkansas State Auditor's office.