Cold comfort — When one refrigerator is not enough 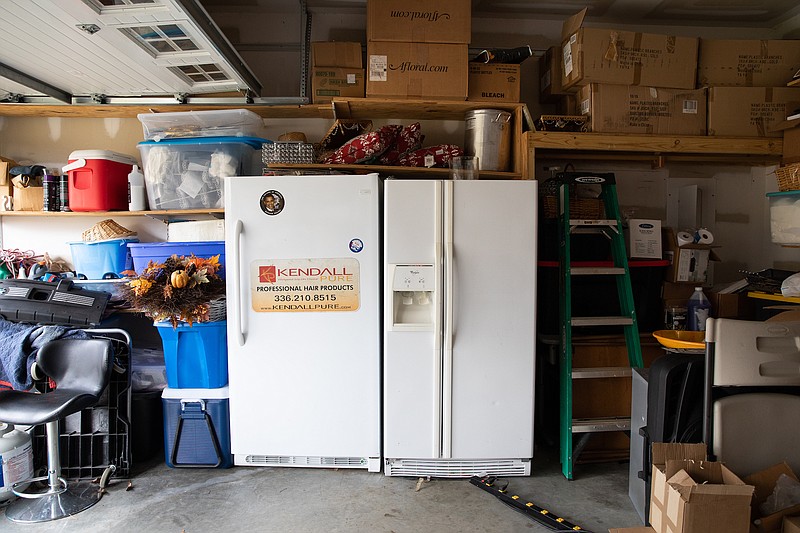 A refrigerator and freezer have a home in the garage of Robyn Penniegraft. For many Americans, a second fridge — and sometimes a third — is like another member of the family. (The New York Times/Swikar Patel)

GREENSBORO, N.C. — The beige-and-brown General Electric refrigerator, circa 1982, whirs in a dark corner of Doris and Anthony Vincent’s basement.

Doris Vincent, a 70-year-old churchgoer and longtime community volunteer, can date its purchase with precision. In her home here, appliances mark milestones. And that nearly 40-year-old model — one of three refrigerators she owns — tells a story of her re-entry into the workforce after having a daughter.

She spent much of her first paychecks from her job as a counselor at Bennett College on the refrigerator-freezer combo, with the external ice dispenser and other bells and whistles of its era. “I’d been a stay-at-home mother, you know,” she said.

When the couple built their 5,000-square-foot house in 1992, the electrician went to the basement to make room for a stainless-steel upgrade that holds last night’s dinner and the morning’s juice.

But the second refrigerator is no afterthought appliance. It occupies pride of place in many American homes — often because, Anthony Vincent said, yesteryear’s fridges were built to last. That didn’t stop the couple, however, from buying a third model for the basement apartment they keep for guests. 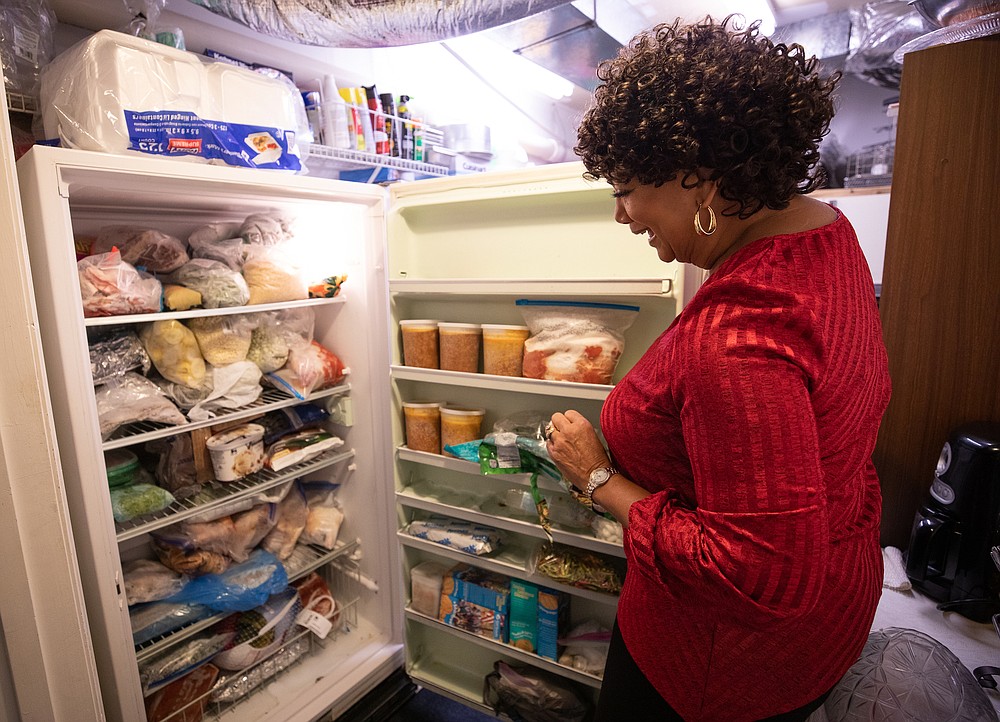 Doris Vincent with her freezer, which stands in addition to her three refrigerators. (The New York Times/Swikar Patel)

Around 35 million U.S. households have two refrigerators, and the Vincents are among the 6 million households that report owning more than two refrigerators, whether full- or dorm-size units, according to the Energy Information Administration, a federal agency that tracks appliance ownership. That number has climbed from 14% of all homes in 1978, when the agency first started surveying Americans, to 30% in 2015. About 27% of today’s urban homes and almost 40% of rural ones have at least two refrigerators.

Those numbers will likely change again as the pandemic continues and with the average 10-year life span of newer refrigerators. When stand-alone freezers sold out in stores nationwide last spring, months of back orders set off a buying spree on refrigerators. In April, Consumer Reports urged those who couldn’t find a freezer to consider a second refrigerator instead.

The second refrigerator can be a homey holdover or the latest model. And, for many, it can be aspirational. It can fulfill a yen for storage space. For others, its contents can function as edible insurance policies during lean years. And there are countless other reasons for a second fridge: frequent entertaining, storing kimchi or other specialties that take time to age, a tendency toward hoarding or simply the cost of getting rid of a refrigerator. 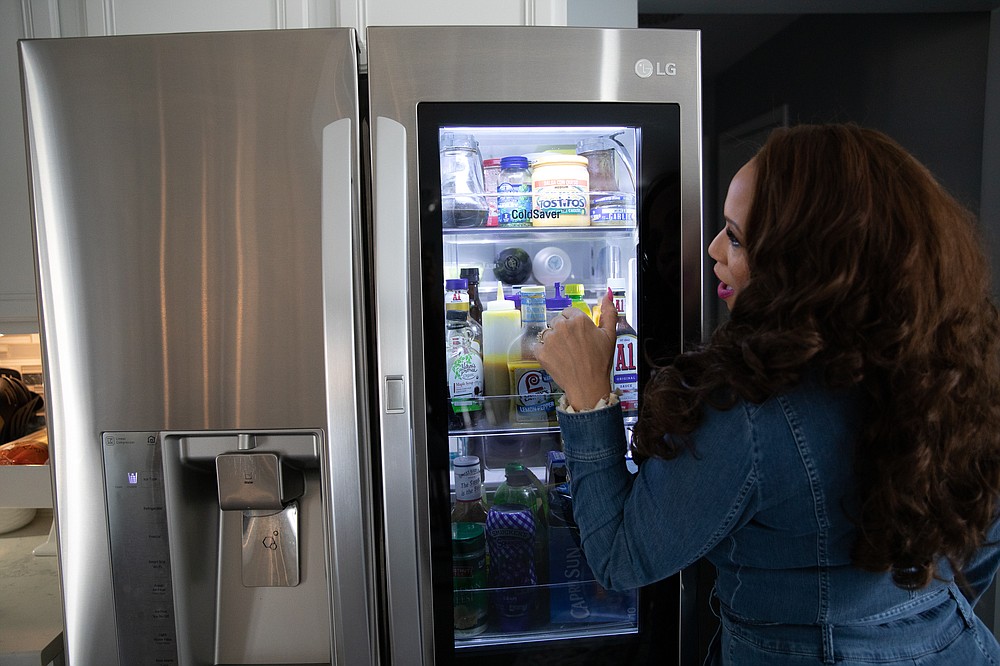 But class and context matter in the world of multiple fridges — or, for that matter, freezers. (Statisticians at the Energy Information Administration call those chest or stand-alone appliances “deer freezers” because of their popularity among Midwestern hunters.)

Newer models have made owning a second refrigerator easier on the pocketbook. Once, refrigerators routinely used more than 10% of a household’s total power, which prompted old-fridge disposal or buybacks around the country during previous blackouts and energy crises, said William McNary, a research statistician for the agency. “Now it’s nowhere near that,” he said. Modern EnergyStar-rated models can cost as little as 10 cents a day to operate.

Despite once-valid concerns about a nation of power-sucking surplus refrigerators, McNary knows they’re not going away — even in his own family. His in-laws keep an avocado-colored refrigerator from the 1970s in their basement.

“I go down there, and it’s got three beers and six ginger ales in it,” he said. “My mother-in-law complains every year at Thanksgiving and holidays that our fridge isn’t big enough” to store sides or uneaten turkey. 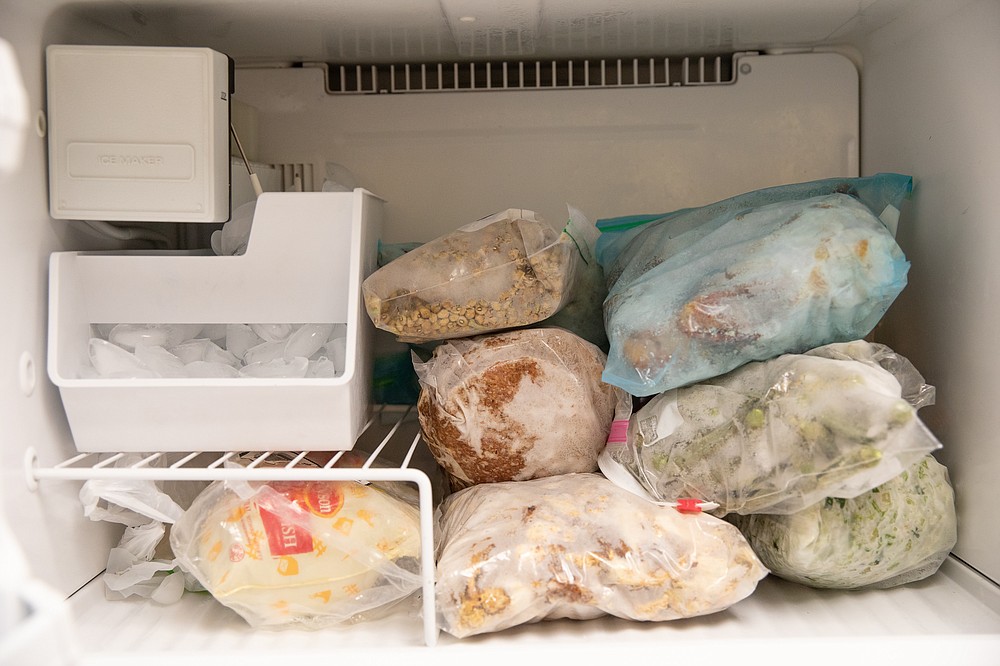 Robyn Penniegraft keeps extra food in a freezer in her garage. (The New York Times/Swikar Patel)

Caroline Reilly, a 27-year-old legal researcher of Italian Scottish descent, can relate to the fridge filled with ginger ale. “Who knows when somebody’s going to have an upset stomach?” she said.

Reilly points to a family, and perhaps cultural, practice of keeping that applies to old refrigerators, including the three — all immaculate, she said — in the Boston-area ranch house she shares with her parents and sister. The family cooks most nights, and one garage fridge stores at least 15 bags of the gluten-free bagels that Reilly eats because of an allergy. The third refrigerator — now in the basement — moved in with its former owner, her grandfather, who died about five years ago.

Jonathan Ammons, a food writer in Asheville, N.C., contends that refrigerators transmit culture as much as they chill food. “I am a third-generation multiple fridge-freezer kid,” he said. “It is as deep a part of my culinary heritage as candied yams and sugar beets.”

He currently owns one refrigerator and one stand freezer, packed this time of year with discounted whole ducks and broth.

Ammons’ parents have three refrigerators, including one that he stocks with prepared meals for his mother, who is ill and bedridden. He traces the family’s desire to have more than one refrigerator to his grandmother’s traditions and preservation practices, common in Appalachia.

Still, ownership of multiple refrigerators cuts across divisions like income and household size. The chance of owning more than two refrigerators rises with income, with households making under $20,000 a year the least likely and those making more than $140,000 the most likely.

While conventional wisdom suggests that the more mouths there are to feed, the more refrigerators, the statistics don’t bear that out. U.S. households with only two occupants lead in two-fridge ownership.

People of color also have second refrigerators in disproportionately high rates. Nearly 20% of Black Americans have them, as do 22% of Hispanics and 23% of Asian Americans. One-third of American Indian respondents in the Energy Information Administration’s last major survey of residential energy consumption, completed five years ago, reported having more than one refrigerator. 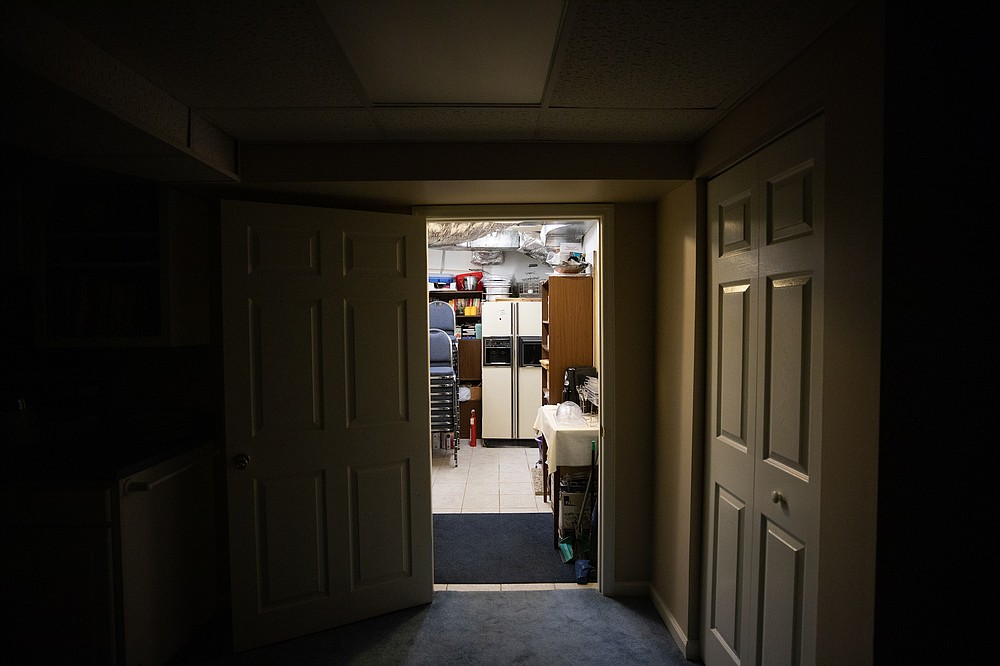 A GE refrigerator that was purchased in the 1980s resides in the basement of Doris and Anthony Vincent's home. (The New York Times/Swikar Patel)

That last figure gave Farina King some pause. She’s a citizen of the Navajo Nation and a history professor in Tahlequah, Okla. While her parents, Phillip King and JoAnn Smith, have two refrigerators at their home in Utah, they use the second to feed patients, who travel long distances to her father’s medical clinic, as well as friends and missionaries in their church community.

King knows that second refrigerators are rare in the Navajo Nation, which stretches across three states but has only about a dozen full-service grocery stores. Some people, particularly those in urban or semirural areas, may have two fridges, but the dominant reality is quite different.

“Many Navajos on the reservation actually do not have access to the space and electricity” for even a first refrigerator, she said.

Back in Greensboro, Vincent remarked at how empty the newer of her two basement fridges is, for a change. “There’s usually a lot of fish, for fish fries and drinks. Or it’s for guests when they come to stay.”

But with the current health crisis, there have been no cookouts, as in years past, when the couple entertained 75 to 200 guests for the homecoming at North Carolina Agricultural and Technical State University. This year, with the event canceled, the sparse offerings in what she called the “company fridge” represent this year’s homecoming manqué. 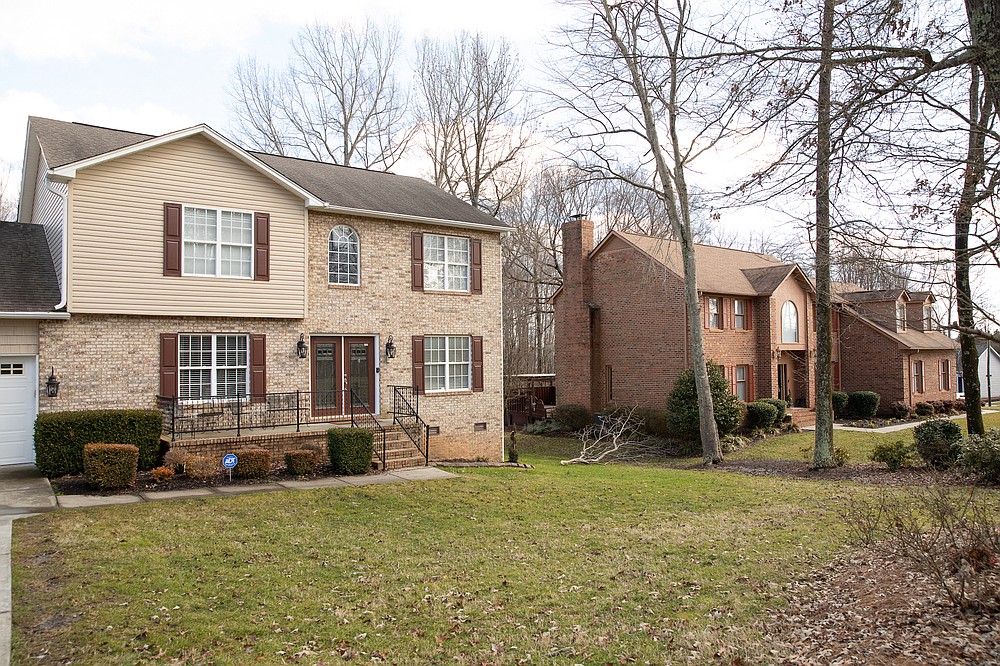 Robyn Penniegraft's home, left, is next to that of her parents in Greensboro, N.C. (The New York Times/Swikar Patel)

The Vincents have passed on their love of multiple refrigerators to their daughter, Robyn Penniegraft, 46, who lives next door. Between the two households, they have five refrigerators for five people — not to mention other appliances such as an outdoor wine chiller and a stand-alone freezer from 1972, two years before Penniegraft was born. Appliances tend to arrive in 10-year intervals to the Vincent household — the 1982 fridge, and the 1992 one.

Penniegraft keeps an upright freezer and her second refrigerator in the family’s garage, side by side like fraternal twins. Last fall, the freezer contained a Noah’s ark of meat for the fried chicken and signature giant lasagnas she often cooks for friends; the other once housed the products that Penniegraft, a hairdresser, and her husband, Dante, mixed up for a now-defunct hair care line.

Inside the house, Penniegraft tapped her shiny, Korean-made refrigerator to demonstrate modernity’s domestic wonders. What appeared to be a stainless-steel door changed from gray to clear to reveal a forest of beverage bottles, while the door was still closed.

Doris Vincent promptly opened the refrigerator, straightened containers that needed no tidying, and asked what dinner would be.

“We love appliances,” Penniegraft said, gesticulating in the mode of Vanna White. She picked up tongs to grab tennis-ball-size ice spheres destined for her husband’s favorite cognac. She flipped through the pages of a Bed Bath & Beyond circular. “Do you think we need an air fryer?”