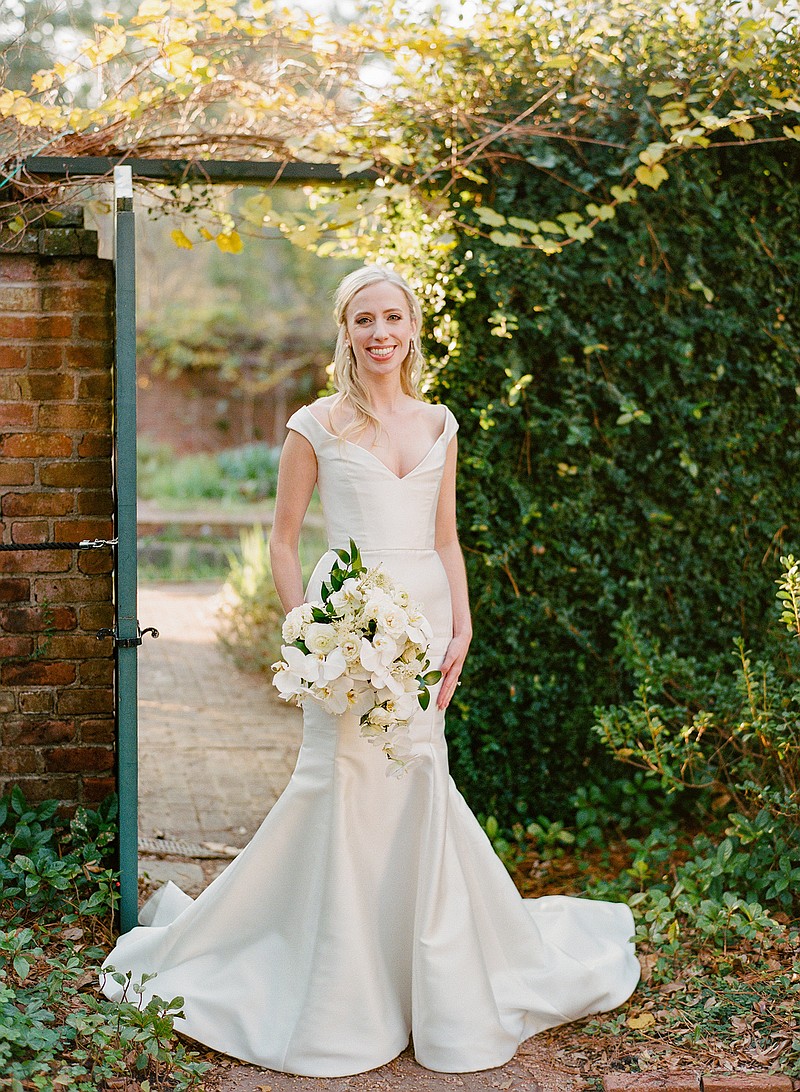 As her father walked her down the aisle, the bride wore a sleeveless trumpet gown of Italian silk mikado with a portrait neckline. She wore a cathedral length veil with blusher, a family heirloom customized with lace from her mother's wedding gown. She carried a bouquet of all white and ivory phalaenopsis orchids and garden roses.

Readings were by George Franklin Barnhill of Brunswick, cousin of the groom; Ellen Hain of Dallas; and Nancy Kolar of Troy, Mich. Lily, Lola and Gus Ferguson of Beebe, cousins of the bride, assisted as program attendants. Nuptial music was by organist Jesse Weeks and classical brass musicians from New Orleans.

Rachel Silaski of Atlanta and Sarah Silaski of Dallas, sisters of the bride, served as maids of honor. Bridesmaids were Rebecca Bailey of Little Rock; Laura Coursen of Minneapolis; Alston Cox of Tampa, Fla.; Marissa Hardy of Atlanta; Caroline Jackson of Santa Rosa Beach, Fla.; Georgianna May of Charleston, S.C.; and Margaret Swift of Austin, Texas. They wore serenity blue chiffon gowns and carried smaller versions of the bridal bouquet.

Justin Robinson of Gainesville, Fla., and Joseph Henry Rowland IV of Atlanta served as best men. Groomsmen were Benjamin Friedman of St. Petersburg, Fla., and Samuel Friedman of Brunswick, brothers of the groom; William Doxey, John Galloway and Patrick Howard, all of Atlanta; Blake Krause of Dallas; and George Youmans of Washington. Guests were seated by Blake Hirschman of Little Rock and Grant Hirschman of Dallas, cousins of the bride.

After the wedding, a reception was held at Broussard's Historic Restaurant & Courtyard in New Orleans.

The bride has bachelor's degrees in cognitive science and psychology and a master's degree in educational psychology from the University of Georgia. She is a consumer insights analyst and marketing strategist in Dallas.

The groom also graduated from the University of Georgia with a bachelor's degree in economics. He is a graduate student in the Cox School of Business at Southern Methodist University studying finance.

The couple will live in Dallas and plan a delayed honeymoon.