Tyson to inoculate its Arkansas employees 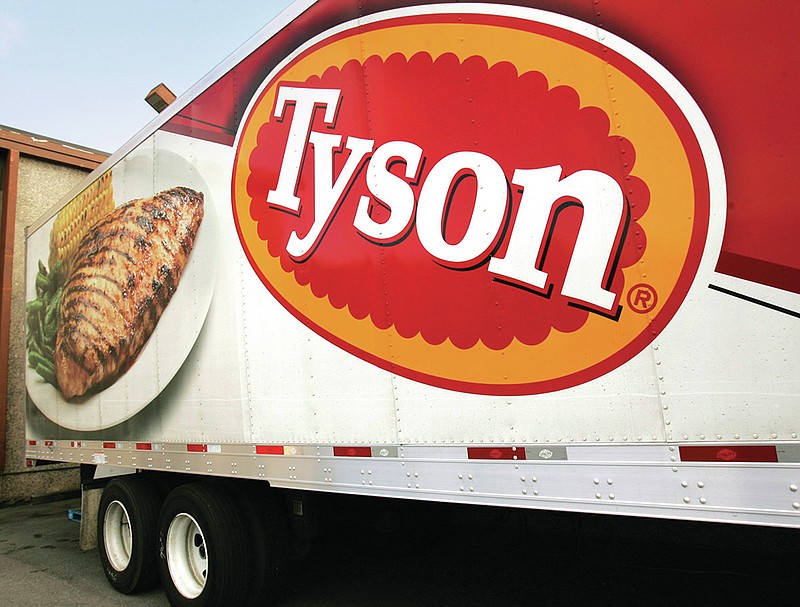 Tyson Foods will begin vaccinating thousands of its Arkansas employees for covid-19 starting today at its facility in Fayetteville, the company said Monday.

The nation's largest meat producing company said it will be offering free vaccinations to its processing workers at various plant locations, and will provide a vaccine for workers at its Springdale plant on Wednesday.

Tyson officials said they expect many of the company's 24,000 employees in the state will be vaccinated.

"We've been working with Matrix Medical and health department officials to prepare for this moment and we're ready," Tom Brower, Tyson's senior vice president of health and safety, said in a written statement.

Tyson will also provide vaccines for employees in Kansas and North Carolina this week, where food processing workers recently became eligible for the vaccine. Nearly 10,000 of its workers across the country have received the vaccine so far.

In recent months, U.S. meatpackers have been coordinating with local health departments to allocate supplies. Several have been educating workers about the vaccines, offering materials in multiple languages written to inform and dispel rumors. Food production workers in Arkansas who trim and package poultry and other meats were made eligible for covid-19 vaccines last week.

Tyson spokesman Derek Burelson has said that after surveying workers about the vaccine, more than 80% at the Springdale location signaled that they would take it. Companies are not making the vaccine mandatory, but are encouraging workers to do so, over liability and legal concerns.

Simmons Foods, a poultry and pet food manufacturer based in Siloam Springs, began vaccinating its workers for free via drive-thru clinics on Monday. It is offering a vaccine to most of the company's 4,000 Arkansas workers with a network of company clinics and is pursuing vaccine allocations for workers in other states.

Currently, the Arkansas Department of Health is supplying Tyson Foods with the Johnson & Johnson vaccine and Simmons with the Pfizer vaccine, company spokesmen verified via email. Asked Monday how many doses the state had provided, the companies were not specific.

George's Inc, one of the oldest chicken companies based in Springdale, declined to comment Monday about vaccine plans for its workers.

Meatpacking workers, who often stand shoulder-to-shoulder at work, were one of the most affected groups when the virus began spreading a year ago. Absentee numbers grew alongside infection rates, disrupting supply chains and stoking fear inside and outside of the processing plants.

As companies warned of a nationwide meat shortage, former President Donald Trump signed an executive order to keep the plants operating, despite worker infections and deaths caused by the virus.

The Food and Environment Reporting Network, an investigative reporting nonprofit, reported 284 deaths among meatpacking workers as of Monday and at least 57,526 covid-19 infections.

The latest data show there were 6,796 worker infections in Arkansas and 22 related deaths.

Studies show people of color have been disproportionately affected by the pandemic, in part, because of workplace environment. More than half of the nation's meatpacking workers are foreign born and less than 20% are white, according to the Center for Economic and Policy Research.

To stop the spread of the virus, some of the largest meat companies invested hundreds of millions of dollars in worker health and safety measures, as well as bonuses for workers with good attendance during the pandemic. They installed Plexiglas barriers, checked worker temperatures daily and staggered shifts, among other efforts. Industry giants such as Tyson, Smithfield and JBS have all faced lawsuits related to the coronavirus.

As supplies become more available, companies are striving to vaccinate as many workers as possible. Tyson has even agreed to compensate workers for up to four hours of pay if they decide to get a vaccine at a clinic.

A few weeks ago, Rudy Castro, a processing worker at a Tyson plant, said she would get the vaccine if given the chance.

"I think it's a good idea to take it, for me and my family," Castro said.