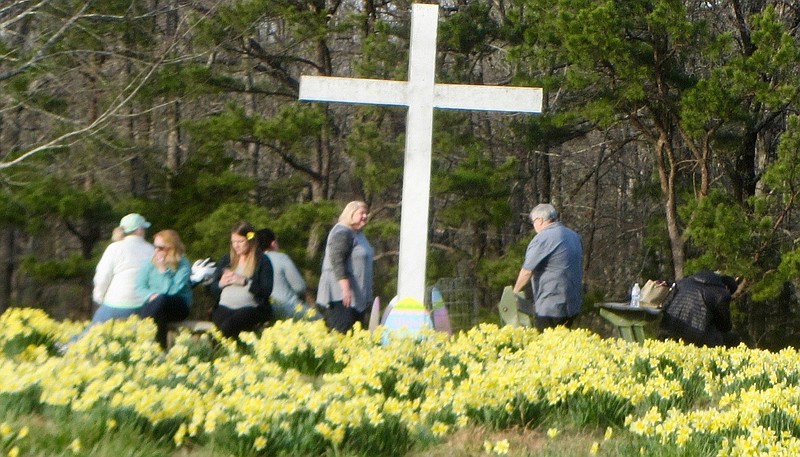 A cross was a centerpiece at the 2020 Wye Mountain Daffodil Festival. (Special to the Democrat-Gazette/Marcia Schnedler)

WYE — For the many Arkansas fans of those brightly colored daffodils, there is bad news and good news as the first anniversary of pandemic-related restrictions looms.

The bad news is that the yearly Camden Daffodil Festival has been canceled. Plans are to revive this major event and its World Championship Steak Cookoff a year from now.

The good news is that the 43rd annual Wye Mountain Daffodil Festival, 30 miles northwest of Little Rock, is proceeding as scheduled — in intrepid contrast to most other live gatherings. Detailed restrictions are in force to deal with the continuing covid-19 threat as vaccinations proceed across the state.

The newsletter of the century-old Wye Mountain United Methodist Church, among Arkansas’ smallest congregations, reports that festival leaders “have meticulously prepared for this year’s festival” with a set of precautions. The event is continuing daily through March 21 from 9 a.m. to 5 p.m. Admission to the seven acres of blooms is free, but donations are welcome. 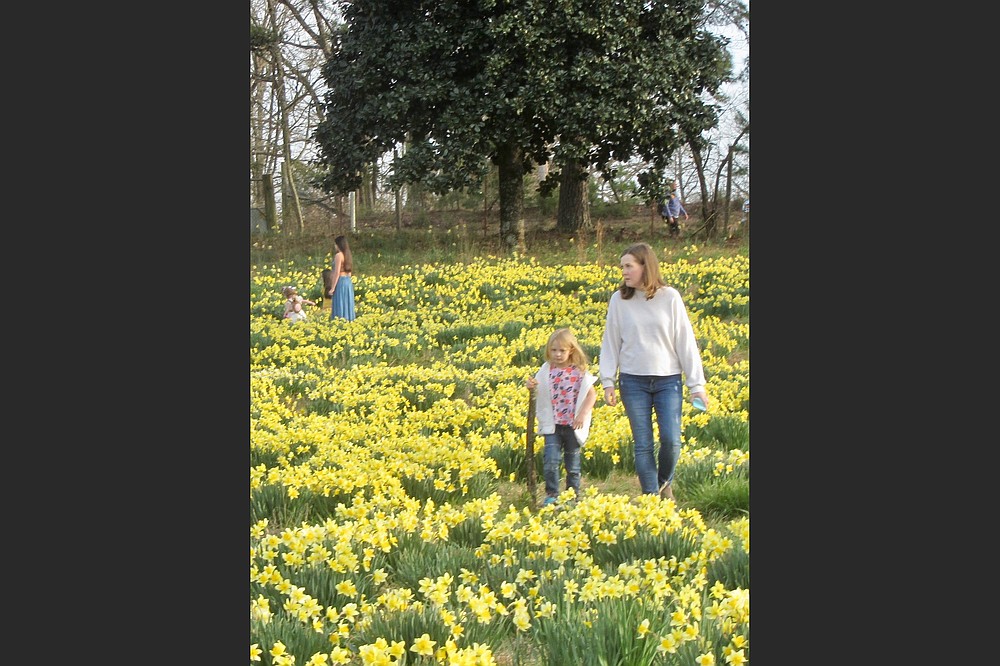 Along with the challenges of the pandemic, Wye Mountain organizers are dealing with the aftermath of last month’s heavy snow and frigid temperatures. But spokesman Bobby Younger is optimistic about what visitors will see among the more than 40 varieties of daffodils, including five new types planted last autumn:

“Fortunately, daffodils are hardy plants and will survive the snow and cold, which maybe will only delay the opening of their buds. I would expect the field to be in full bloom by [Friday]. We will update our Facebook page daily on the progression of the flowering. In years like this, when peak blooming is late, we’ve extended the festival an extra week.”

There are reasons why daffodils remain so perennially popular, according to Younger: “They are one of the first blooms of the year. Most are a cheery yellow. They herald the new year for planting and growing seasons while reflecting on other aspects of our lives for hope in new beginnings.”

The website of the congregation’s two dozen active members applies a polite tone to this year’s health restrictions: “Guests to this year’s festival are strongly encouraged to express care and love for others by wearing masks at all times, even though the event is outdoors. A limited supply of free masks will be available.” 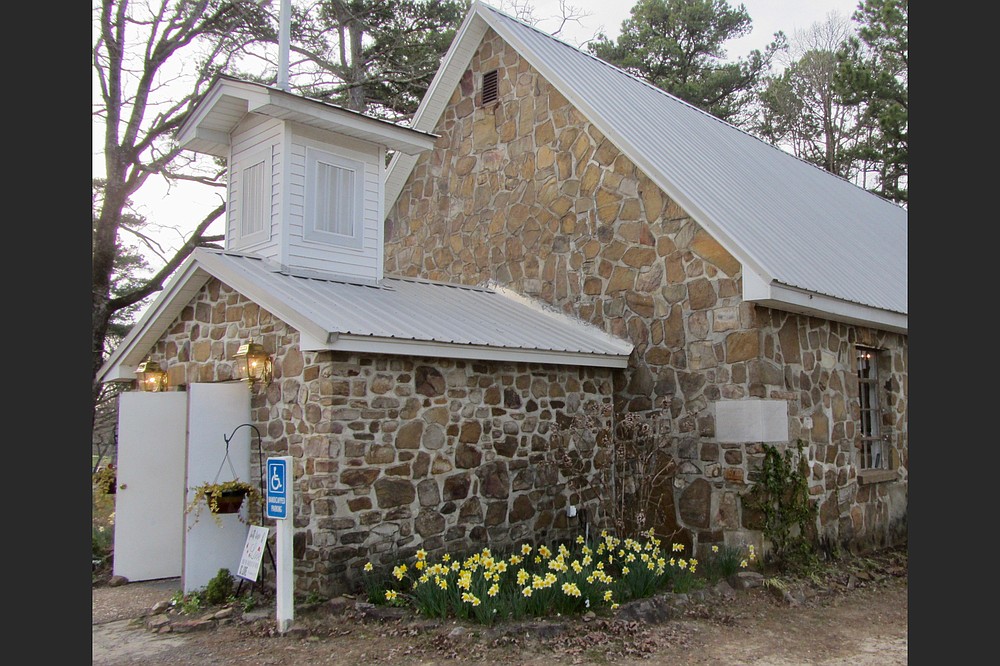 Visitors are also asked to keep a safe distance from anyone not with their group, while using sanitizing stations to disinfect their hands. There is no admission to indoor spaces, including the Wye Mountain chapel. Vendors are properly distanced, and there is no live music. Some food is for sale, including the festival’s traditional cinnamon rolls. This year’s soup offering is ham and beans with cornbread muffins.

On March 20 and 21,, visitors can pick a dozen blooms from the field for $1. A mix of bulbs can be bought any day at $5 per dozen. New this year are bulbs for two much-requested varieties — the tiny cluster narcissus and the large double-mix daffodil — at $15 for a box of 10 bulbs. Receipts from sales go to community missions, the church building’s upkeep and improvements to the daffodil field.

There’s a good reason why picking daffodils is prohibited until the festival’s last two days. Otherwise, the field would be bare or nearly so after just a couple of days, as Younger explains: “A lot of later visitors would be really disappointed.”

So the field’s entrance prior to March 20 will have a posted sign: “No picking allowed.” When organizers finally give visitors free rein, the signs will read: “Picking allowed.”