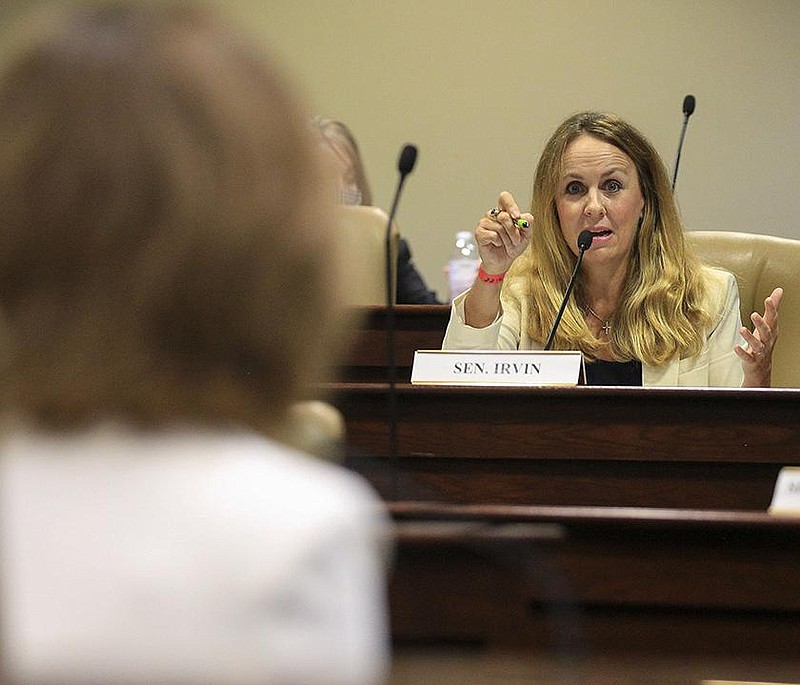 A bill that would bar transgender athletes from participating in in Arkansas schools passed the state's Senate Education Committee on Monday.

Senate Bill 354 by Sen. Missy Irvin, R-Mountain View, would allow students "deprived of an athletic opportunity" or suffering "direct or indirect harm" as a result of a kindergarten-through-12 school or higher-education institution not maintaining separate sports teams for cisgender female students to seek injunctive relief against the school, as well as monetary damages.

"It preserves the fairness in women's sports by making sure that girls have the ability to compete on a level playing field," Irvin said.

The bill had opposition from the three Democrats on the eight-member committee, and from LGBTQ advocates who said it discriminates against transgender youth.

"Trans people of all ages have been participating in sports consistent with their gender identity for years with nothing but positive outcomes," said Holly Dickson, executive director of the American Civil Liberties Union of Arkansas.

The bill will go to the full Senate for consideration.