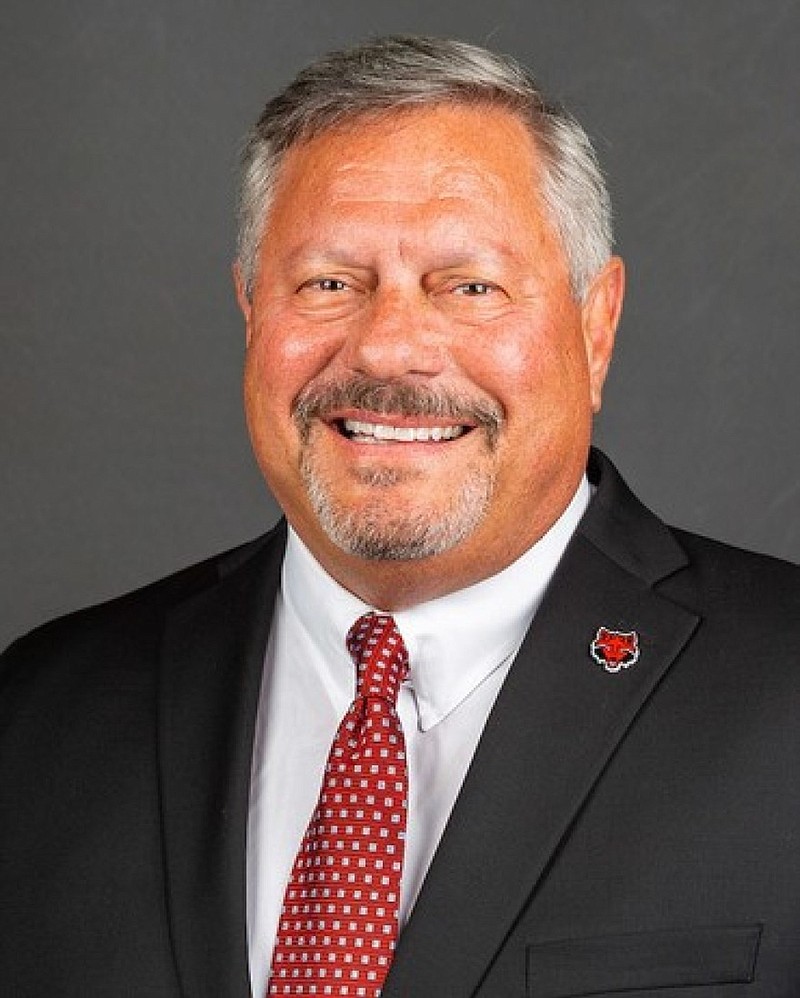 He will be introduced this morning in an 11 a.m. news conference inside the Centennial Bank Athletics Operations Center.

Bowen, 59, comes to Jonesboro with nearly 16 years of experience as an athletic director, most recently at Memphis from 2012-19 where the Tigers' football program reached five consecutive bowl games for the first time in program history under his watch. He served in the same role at San Jose State from 2004-12, where he shepherded the school through its 2013 move into the Mountain West Conference before his departure.

His resume also includes stops at the University of California-Berkeley, Saint Mary's (Calif.) and with the NFL's San Francisco 49ers.

"I'm very excited and honored to serve as Arkansas State's athletics director," Bowen said in a news release. "I truly believe A-State is a special place with a premier athletic and academic identity, and I'm looking forward to being a part of the bright future here. Arkansas State and the Jonesboro community are a perfect fit for me and my family."

Mohajir presided over 25 conference championships and guided $90 million in facility improvements during his nine years in charge.

Chancellor Kelly Damphousse and system President Chuck Welch embarked on the search with the help of privately funded search firm TurnkeyZRG, looking for a candidate with a plan to continue ASU's recent ascent.

"One of the things that we're looking for is someone that can capture a vision or describe a vision for what the next steps look like at Arkansas State, capitalizing on the success we've had in the last 10 years or so," Damphousse said in February.

In Bowen, ASU gets an experienced fundraiser who oversaw a $40 million facilities upgrade project at Memphis.

"From fundraising success, to student-athlete academic success, to fiscal management, to facilities and program growth, Tom Bowen has excelled at every level, and we are extremely excited about the future of our athletics program under his leadership," Welch said in the news release.

Bowen led the Tigers from Conference USA into the American Athletic Conference in 2013, and partnered with head football coach Justin Fuente and later Mike Norvell to revive Memphis' football program, which earned AAC conference titles in 2014 and 2019. Bowen also secured the return of four-time NBA All-Star Penny Hardaway -- one of the most decorated athletes in the school's history -- as men's basketball coach in 2018.

Bowen resigned from his position at Memphis on April 20, 2019, just two months after receiving a six-month contract extension, citing the pursuit of "a new career opportunity," with reports linking him to the role of Southern Conference commissioner. Four days earlier, Memphis university President M. David Rudd received a letter alleging inappropriate behavior between Bowen and an unnamed individual on a women's basketball trip.

Bowen later denied the allegations and said the letter "had nothing to do" with his resignation.

The native of Denver began his career in athletic administration at Saint Mary's (1997-2000) and Cal (2000-02) before spending three years in community relations in the 49ers front office.

Bowen was hired as the athletic director at San Jose State in 2004. In 2009, he hired head football coach Mike MacIntyre, who took a Spartans program that went 1-12 in 2010 to an 11-2 finish and a Military Bowl victory two years later.