How a change in federal designation could cost Arkansas cities millions 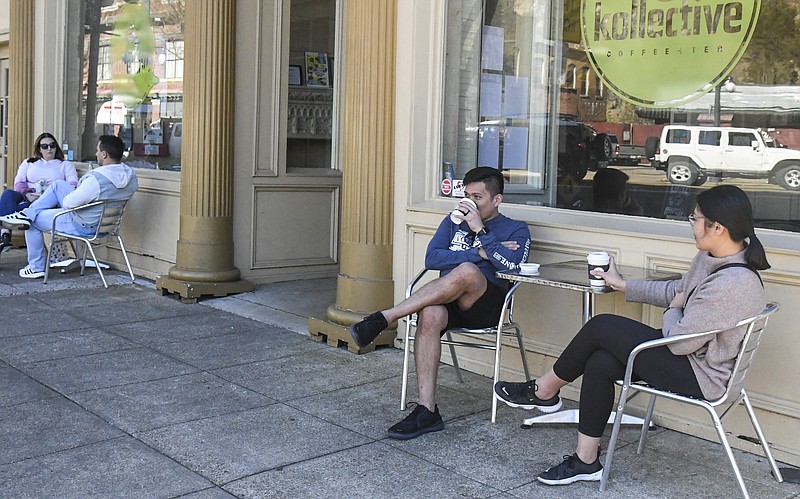 Julius, left, and Renlie Catapusan enjoy coffee outside of Kollective Coffee + Tea in downtown Hot Springs on Wednesday. - Photo by Grace Brown of The Sentinel-Record

Local officials say four of Arkansas’ biggest cities stand to lose millions of dollars in federal funds and investments if a proposed change to the designation “Metropolitan Statistical Area” goes into effect.

Back up: What is the Metropolitan Statistical Area designation?

The Metropolitan Statistical Area or MSA designation is a federal designation created about 70 years ago to delineate key population centers around the United States.

Since then, the population of the country has swelled to over 330 million people, more than double what it was in 1950, and some officials believe what does and doesn't count as an MSA needs to be updated.

What is the proposed change to the MSA designation?

To be dubbed a Metropolitan Statistical Area under current rules, the city anchoring the metro area needs to have a population of at least 50,000 people.

Under the proposed change, that requirement would double to 100,000 people.

The change was suggested by officials at the federal Office of Management and Budget in January.

It is up for review at the moment, and the federal government is seeking comments on the suggested changes.

What cities would the change affect?

Jonesboro, Hot Springs, Pine Bluff and Texarkana would lose their MSA designation under the change.

Nationally, 144 places could lose their status.

Why would a change in the MSA designation cost the cities money?

No longer counting as an MSA would cost the cities eligibility for some key federal grants. The grants often go toward updating and maintaining roads, bridges, airports and houses, filling in significant chunks of city budgets.

Losing an MSA designation also could mean a loss in private-sector dollars as well because businesses looking to relocate or expand often want to do so in MSAs.

"We are all competing for industry and companies to relocate to our communities, and many times they will have certain criteria that need to be met, and one of them is to be an MSA," Hot Springs Mayor Pat McCabe said. "And if Hot Springs isn't listed, that puts us at a competitive disadvantage."

Rep. Bruce Westerman represents Hot Springs, Texarkana and Pine Bluff -- three of the four Arkansas MSAs that could get axed in the change -- and authored a letter addressed to the Office of Management and Budget asking them to reconsider the change, saying opposition to it was "a bipartisan issue."

"Our government should support vibrant, economic hubs such as Jonesboro, Texarkana, Hot Springs and Pine Bluff, not arbitrarily change the rules on these communities after 70 years," Westerman said in a statement.

Read more on how the change could affect Arkansas cities from reporter Neal Earley.