Farmer in state testifies to panel 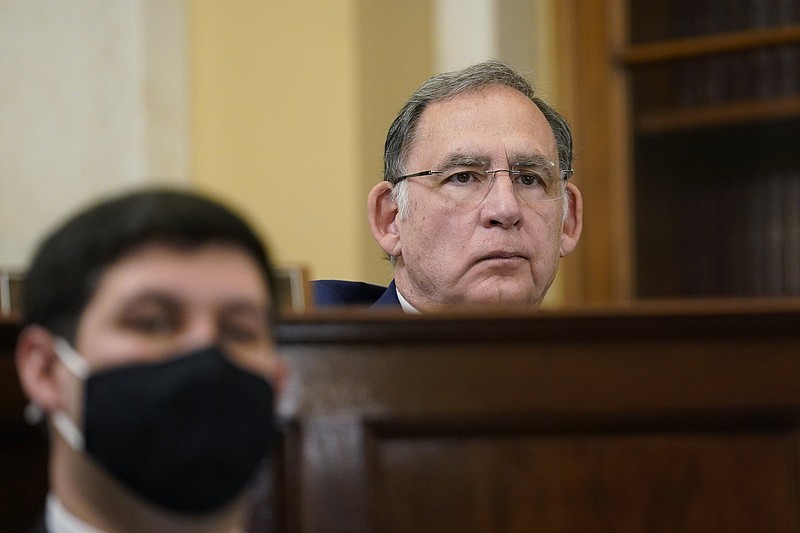 WASHINGTON -- Rice growers are implementing environmentally friendly practices in the Natural State and across the country, an Arkansan told the Senate Agriculture Committee Thursday.

Mark Isbell, 39, a fourth-generation farmer from Lonoke County, described his family's successful use of solar panels to generate electricity and talked about his participation in a carbon credit pilot program.

While speaking positively about the latter effort, he said it wasn't a big moneymaker.

"In our pilot project, what we also learned is, with the current way things work, it wasn't profitable," he said.

After going through a "multiyear process" and participating in the program, the end result was a check for $133, he said.

"There are a lot of good people, well-intentioned people out there trying to make this process work, a lot of good researchers and a lot of good scientists that are interested in making sure that we can find viable markets for the ecosystem benefits that farmers are able to create," he said.

Sometimes the cost of carbon sequestration or mitigation practices is higher than the financial benefits farmers would be offered, he said.

If farmers are going to take greater risks, it's important to "offset that risk through different incentives, so that those costs don't overwhelm the potential benefits economically," he said.

Isbell was one of five witnesses at a hearing titled "Farmers and Foresters: Opportunities to Lead in Tackling Climate Change."

Given covid-19 restrictions, he appeared electronically from the Arkansas Rice Federation's offices in Little Rock.

During his testimony, Isbell portrayed rice growers as effective stewards of the land.

"You know, the benefits that rice can bring to sustainability and to climate solutions is well-established," he said. "We create significant biodiversity and habitat for waterfowl. My friends in California are creating salmon habitat, ways of raising baby salmon in the rice fields there. My friends down on the Gulf Coast are providing habitat for crawfish and yellow rail."

He also stressed the importance of collaboration.

"If it's going to be farmer friendly, it has to be voluntary," he said. "That doesn't just mean that you don't have to do it if you don't want to. It also means it can't be a predicate for access to other [government] programs."

"Can we put that last sentence in capital letters and underline it twice," Hoeven said, before encouraging Isbell to proceed.

"He was one of the first people to actually sell carbon credits," he said.

"He was one of the pioneers. Nobody's more familiar with this than he is. So he's a great witness," said Boozman, a lawmaker from Rogers and the ranking member on the committee.

When agriculture policy is being set, it's important for Arkansans be heard, Boozman added.

In an interview afterward, Isbell expressed confidence that environmental improvements lie ahead.