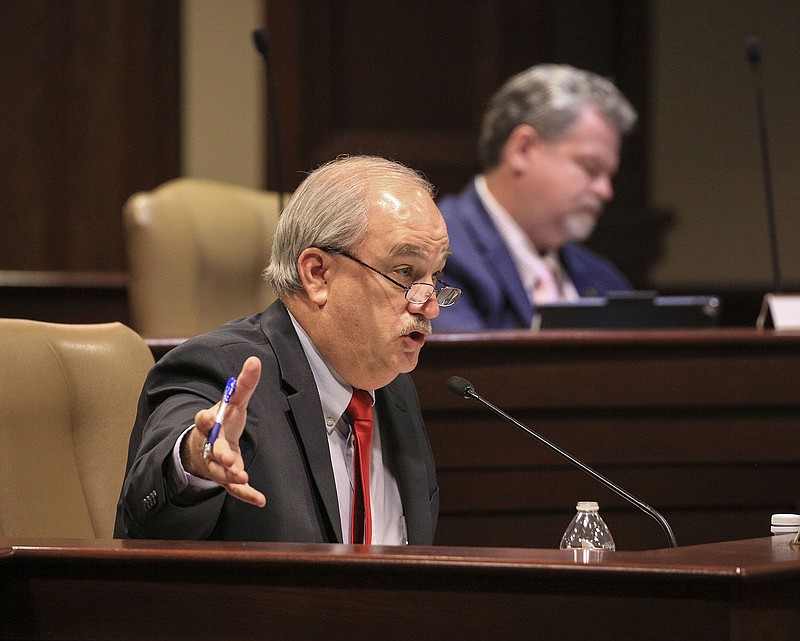 A bill that would allow medical practitioners, hospitals and insurance providers to decline services that violate their consciences Thursday gained the approval of the House Public Health, Welfare and Labor Committee on the second try.

Senate Bill 289, by state Sen. Kim Hammer, R-Benton, was amended to narrow the definition of conscience and provide additional employers. Lawmakers initially voted down the bill when it came before the panel last month.

Opponents of the bill, which include disability-rights and abortion-rights groups, have said the bill allows providers to discriminate against patients.

"This bill provides a solution and a remedy to protecting the rights of medical workers," Rep. Brandt Smith, R-Jonesboro, said.

Smith said the amendments took into account concerns that had been raised the first time it was heard in committee.

The new version of the bill also includes a section on protocols for employers of health care workers to handle practitioners declining to participate in a health care service for reasons of conscience.

It does not include a provision that prohibits discrimination based on race, ethnicity, religion or sexual orientation, which a Mississippi law Hammer has compared the bill to does.

The committee heard opposition Thursday from Karen Musick, a co-founder of the Arkansas Abortion Support Network, who shared a story of a woman who was pregnant and learned the fetus did not have a heartbeat but was denied care by her provider because she had considered having an abortion.

Mike Hernandez with the Arkansas Association of Educational Administrators also spoke against the bill because he said it was not clear how it would affect social workers and counselors who work for school districts and would go into effect in the middle of the school contract year.

No one in the audience Thursday spoke for the bill.

The committee approved SB289 in a split voice vote. It now heads to the House for consideration.