They say it takes a village to raise a child, but let me say it takes several villages to help that child buy a house! My daughter and her husband just bought their first home, and what an adventure that has been. The housing market is crazy right now. They would see a house they liked and sometimes (even before they actually saw it in person) it was under contract. Houses are flying off the shelf in LR! They walked into the house they ended up buying and fell in love, and that is when the fun began. Because of covid, everything is done online. They had to scan in everything and then send it in to the loan officer. It is amazing how much information they need these days, and how many phone calls and emails went back and forth before it was time to close.

The home they purchased was owned by a woman who passed away last summer, slightly before her 103rd birthday--she had been in the house for over 50 years. The house has been well loved, and well-maintained. At their final walk-through, one of the daughter's and granddaughter of the owner came to meet Katie and Ben and share stories with them. 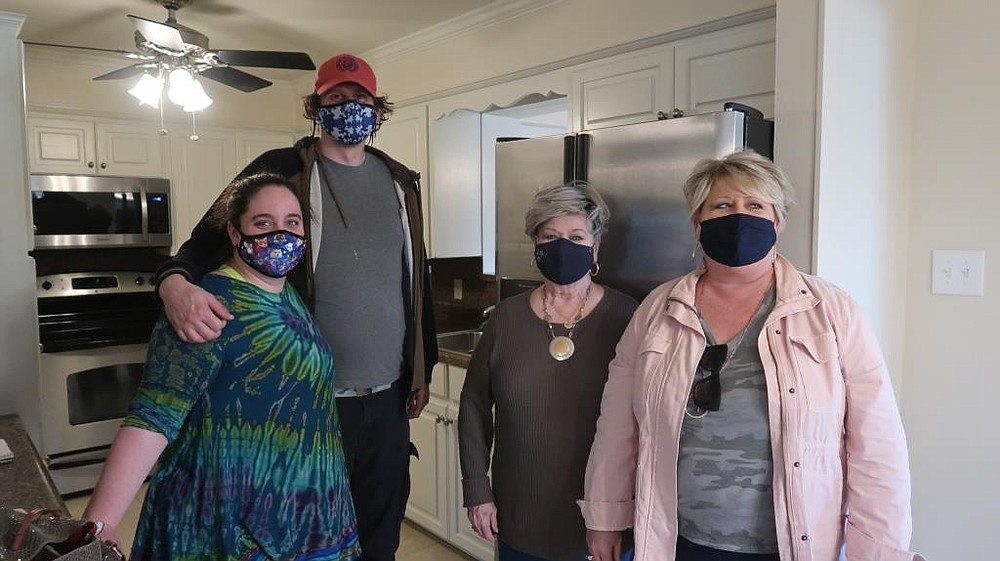 It was pretty amazing.

That afternoon, Ben was told they needed a cashiers check for the closing. The money was in Katie's savings account and it was going to be tricky to get it with her work schedule. I called the bank and our amazing Region's loan officer Jordan Warbington helped tremendously. 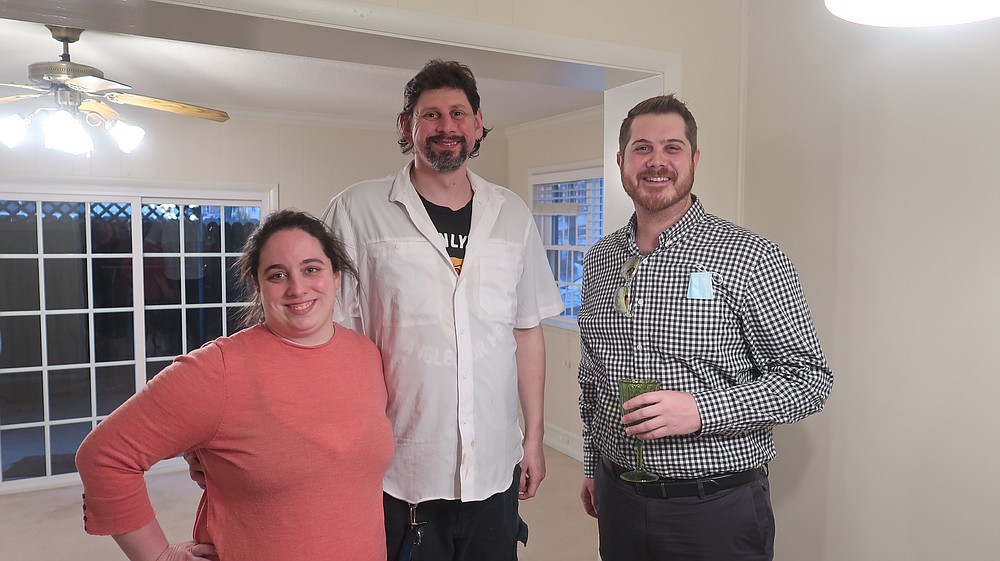 It would have been no issue to get a cashiers check cut from a savings account, but Katie's account was set up when she was in the 6th grade and never changed. As a "minor" account, she couldn't do it quickly. Jordan made it happen and all was good!

The next day was closing day and they had the last appointment so they didn't have to miss work. As Ben was driving to pick up Katie, his tire blew. He called me and said he was going to fix it--and I said we had no time. My car was loaded with stuff for an after signing party at the new house, so I had no room for 2 people, but I shifted things enough to pick up Katie, and Ben had a friend in town to help with moving, so he came and picked up Ben and they made it to the closing. Afterwards, we had champagne and sushi at the house. 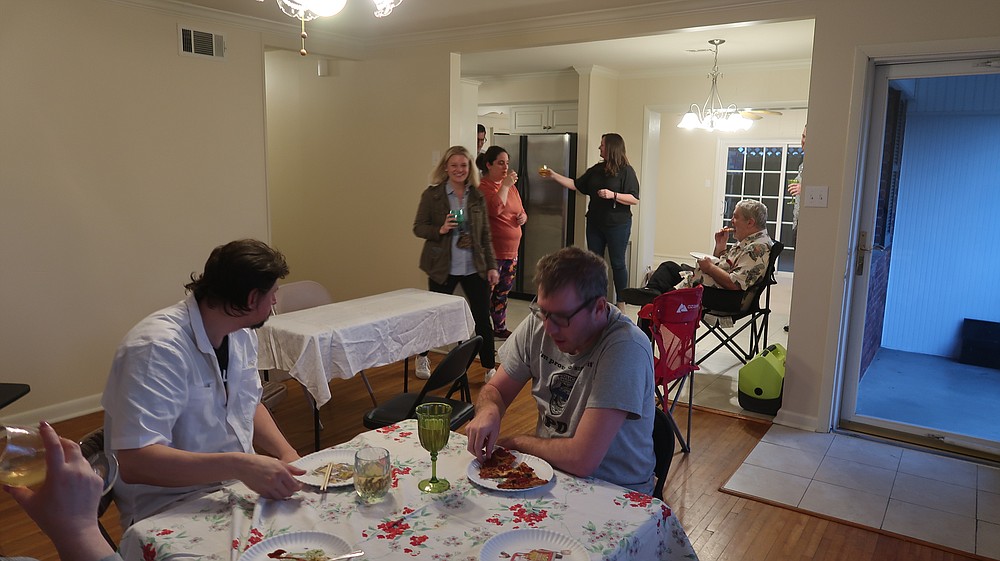 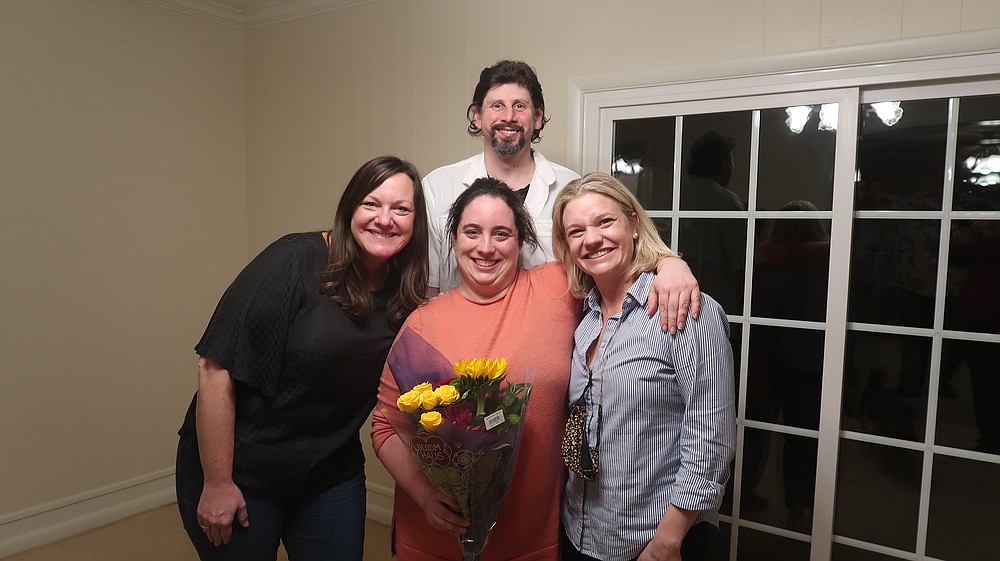 and so did the loan officer Jordan. It was a very special night.

The next day they got two new tires and an alignment, then moving set in.

They spent two nights on a blow up air mattress and cooked dinner for the first time, eating on a card table, 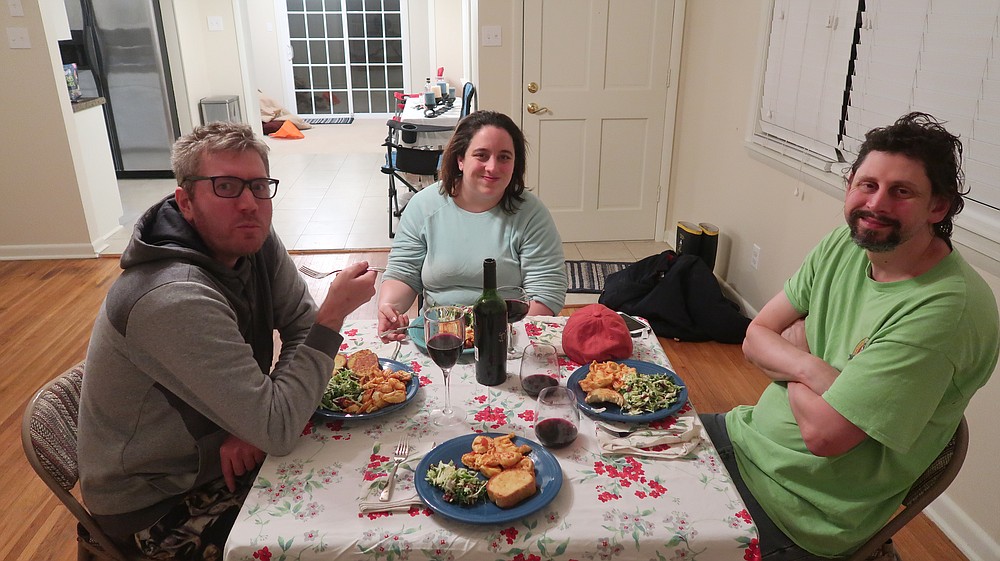 but they were so excited. We rented a moving truck (which I drove all over town) and got the big stuff moved on Monday, and did a little bit every day afterwards getting the little stuff, while they both continued to work full-time. Now everything is cleared out of the apartment and they will have time finishing up, putting everything in its place. They said goodbye to their first apartment this weekend 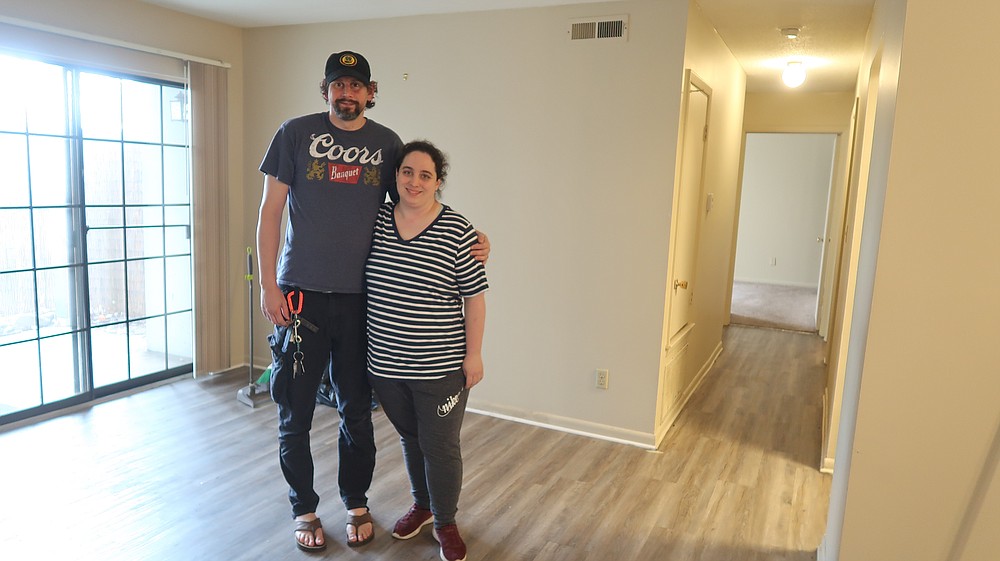 and are off on a new adventure, making new memories! 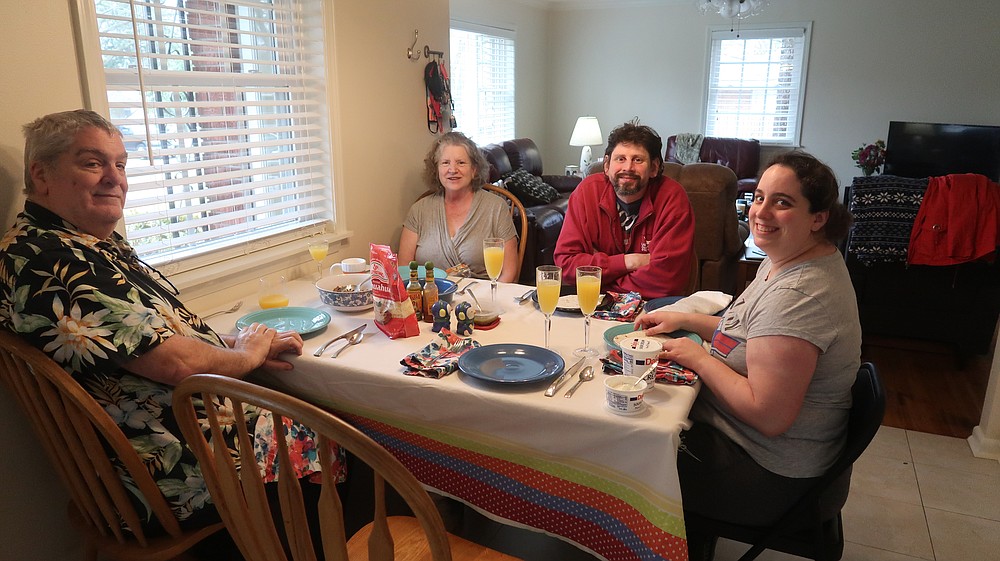 We are all pretty tired after this whirlwind adventure, and they couldn't have done it without the expert help from Stacy, Courtney and Jordan. I think their parents helped a little bit too! We are all so proud, and can't wait to see what the future brings!